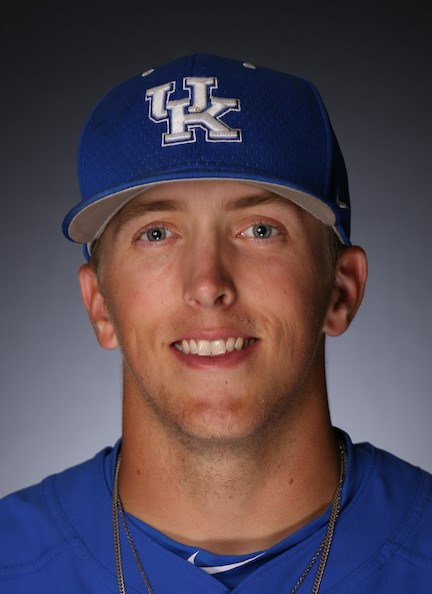 Outlook
Back end of the bullpen piece…Tall, lanky sidearm action that can be extremely difficult matchup for right-handed hitters…Sweeping breaking ball that runs away from righties…Stuff ticked up in the fall…Sits 90 to 93 mph…Had a good fall after a sensational summer…Had an up and down 2017 but finished strong, giving up just one earned run over his final eight appearances…Needs to limit the walks.

2017 SUMMER
Appeared in 13 games as a reliever with the Baltimore Redbirds of the Cal Ripken Collegiate Baseball League…Posted a 1-0 record with a 1.42 ERA in 12.2 innings, allowing just 10 hits and four walks while striking out 16…Recorded two saves…Opposing batters hit just .208 against him…Allowed an earned run just three of 13 appearances…Was named a Ripken League all-star, where he struck out two in a scoreless inning of work…Appeared in two playoff games for the league runners-up.

2017
Appeared in 13 games as a reliever…Had a 5.59 ERA in 9.2 innings…Struck out nine hitters, walked 10 and hit two…Gave up an earned run in just one of his final eight appearances…Made his Kentucky debut on 2/18 at North Carolina…Struck out a career-high three vs. Ole Miss on 3/23.

JUNIOR COLLEGE (HOWARD COLLEGE)
Played two seasons at Howard College (Texas) in the Division I of the NJCAA…In 2016, the sophomore made 15 appearances for the Hawks…Posted a 1-1 record with a 7.94 earned run average and two saves in the offensive-heavy league…Pitched 17.0 innings, yielding 30 hits, 22 runs, 15 earned runs and 14 walks…Struck out 14 batters for a 7.41 strikeouts per nine innings mark…Had eight scoreless outings…In 2015, the freshman made 19 appearances, going 4-2 with a 8.80 ERA and three saves…In 30.2 innings pitched gave up 39 hits, 40 runs and 30 earned runs…Struck out 38 batters and walked just six…Posted a dominant 11.2 strikeouts per nine innings rate.

PERSONAL
Full name is Alec Charles Maley…Major is Communication…Last name pronounced “Mal-E”…Son of Charles and Suzanna Graham…Born in Fort Worth, Texas… Has two older sisters, Jessica (29) and Whitney (26) Graham, and older brother, Grady Graham (25)…Favorite MLB team and first MLB hat is the Texas Rangers…First MLB game attended was Texas Rangers vs. Oakland A’s in Arlington…Wears No. 12 because it’s closest to No. 11.