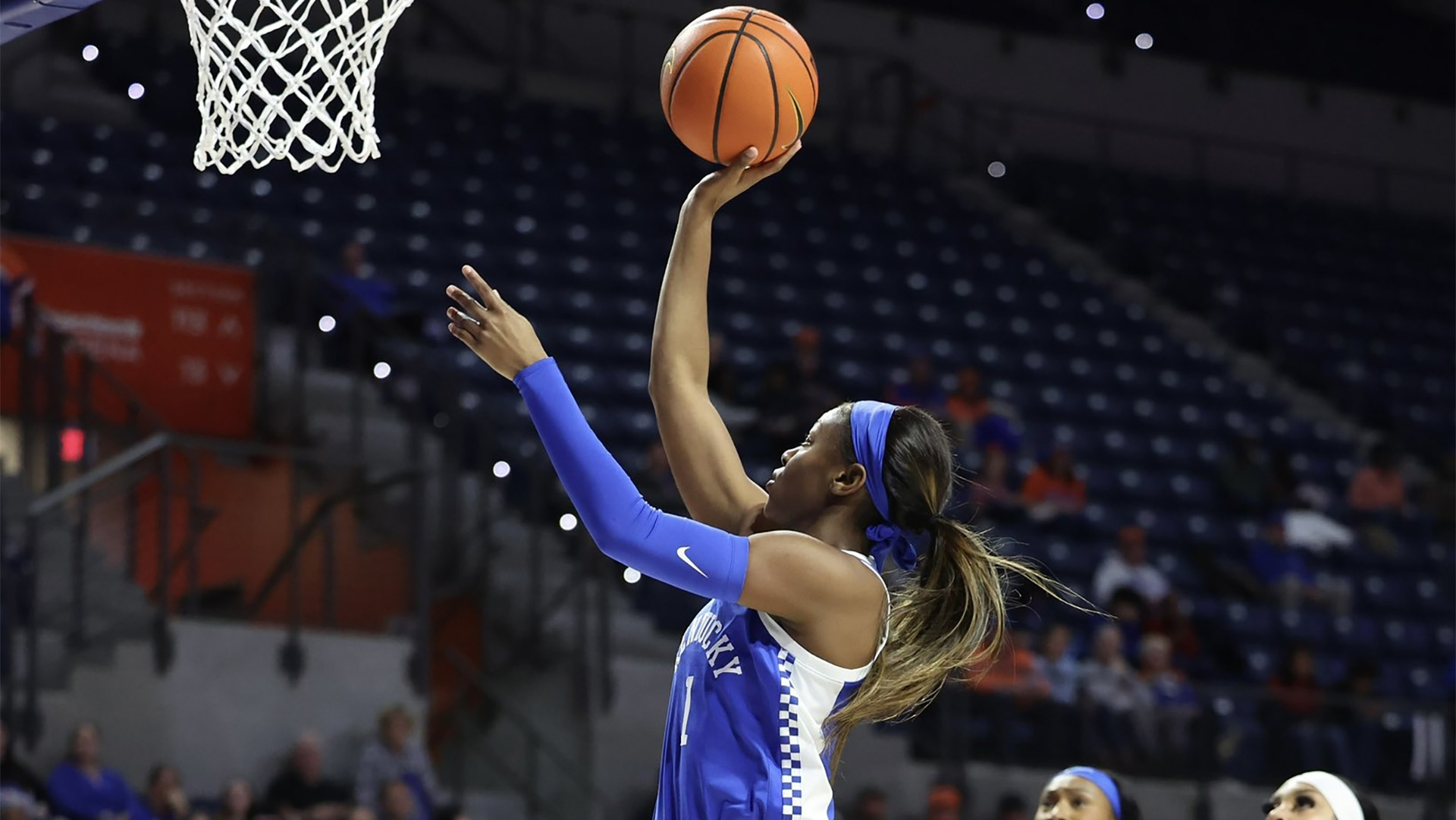 Jada Walker had 22 points for the Cats, while Maddie Scherr had 16 points, six rebounds, five steals and three assists before fouling out.

Kentucky (9-10, 1-6 SEC) got off to a fast start in this one behind Walker’s shooting. The sophomore hit a pair of early threes to give the Cats a 6-4 advantage. The second three was the beginning of a 15-4 run that the Cats used to close the quarter, a run that saw freshman Kennedy Cambridge score five late points. UK would lead 18-8 after 10 minutes of action.

In the second quarter, Mississippi State would methodically chip away at the Kentucky lead. The Cats maintained the 10-point advantage, 26-16, before the Bulldogs went on a 9-3 run to get within four, 29-25. MSU would eventually get within three, 31-28, but Cambridge hit two free throws with under a second to play in the half and UK took at 33-28 advantage into the break.

MSU came out hot in the third quarter, scoring the first 10 points of the period to lead 38-33. Kentucky fought back behind Scherr, who hit a pair of free throws, then a layup and another free throw to tie it at 38 apiece. The period would remain very tight and MSU would lead 50-48 with on quarter remaining.

That’s when the Cats rallied. Benton would hit a pair of jumpers to get UK within two, 74-72, with 50 seconds to play. After an MSU basket, Kentucky would get another Benton basket to cut the deficit to 76-74.

With 14 seconds to play, MSU inbounded the ball but Walker stole it, raced the length of the court and hit a runner to tie the game at 76 apiece with eight seconds left.

MSU’s Anastasia Hayes would be fouled with three seconds left and she made one to make it 77-76. Benton would get one last chance but her runner missed and the Cats came up just short.

Kentucky returns to action on Thursday, hosting Auburn at Memorial Coliseum. Tipoff is set for 7 p.m. and the game can be seen on SEC Network Plus.