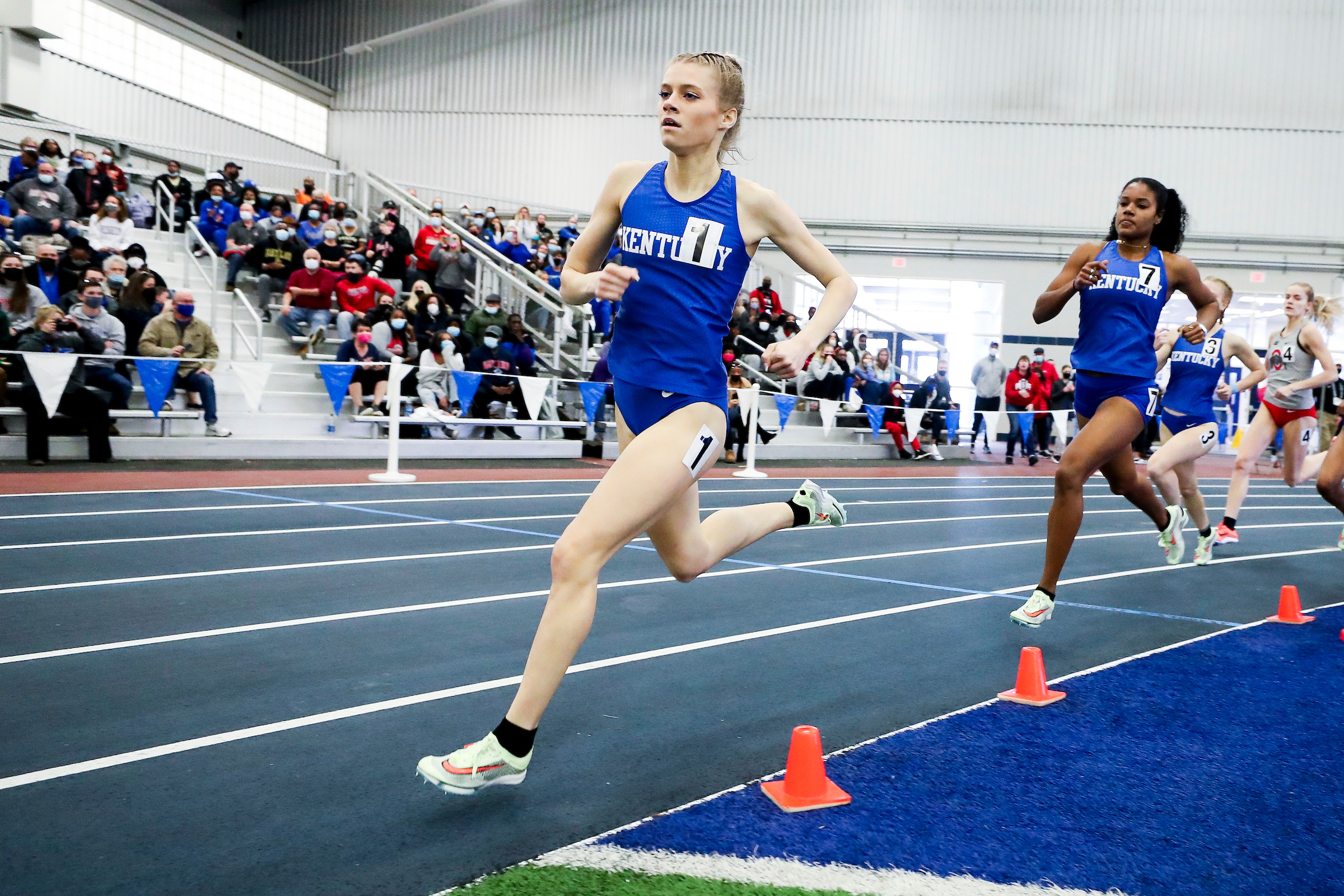 NASHVILLE, Tenn. – The Kentucky men’s and women’s track and field teams wrapped up a successful weekend with two more victories Saturday at the Vanderbilt Invitational as Jenna Schwinghamer got her second win in as many days and Josh Sobota claimed the men’s shot put.

Saturday’s action improved UK to eight wins for the weekend, a collegiate record, two school records, a UK freshman record and a total of 20 personal bests.

On Friday, the Wildcats competed in two meets, the Red Raider Open in Lubbock, Texas, along with the Vanderbilt Invitational.  The Wildcats won six events on Friday, highlighted by Masai Russell’s collegiate record 7.75 seconds in the women’s 60m hurdles, followed by Jordan Anthony’s UK freshman record 6.55 seconds in the men’s 60m dash. Both of those races were in Lubbock.

Kentucky returns to action January 27-28 in the Razorback Invitational at the University of Arkansas.