LEXINGTON, Ky. – No. 12 Kentucky gymnastics rocked Rupp Arena in front of 10,558 members of Big Blue Nation on Friday night to open its home and Southeastern Conference schedule against T-10 LSU. The Cats came out on top stunning the Tigers with a 197.175 – 196.575 final meet score.

“The crowd was so amazing, and our girls really fed off that energy,” Head Coach Tim Garrison stated. “To have this big crowd on Excite Night, to have a Top 10 team come in here and be able to get the win, it’s a good feeling.”

The electric atmosphere pushed the Wildcats to success in each apparatus while debuting a new leotard which sparkled as bright as the disco ball hanging among the Rupp Arena lights. Beginning the evening on vault, junior Isabella Magnelli tied her all-time career high with a 9.925 after sticking a beautiful handspring pike half twist. Her high score earned the top mark of the night for the event.

The uneven bars proved to be one of the best events for Kentucky showing a 49.325 total at the conclusion of the event. Leadoff Hailey Davis tied her career-high of 9.875. She began the event with a strong straddle jaeger and finished with a solid stuck landing. Sophomore Annie Riegert followed Davis setting a new standard for herself on the event with a new career-high scoring 9.800.

With the tone set for the apparatus, senior Kaitlin DeGuzman followed Riegert’s lead as she also set a new career best. Needing to stick a few more landings to inch ahead of the Tigers, the Dallas, Texas native answered with a stuck double layout to earn a 9.900. Fellow-senior Shealyn Luksik followed suit with her own stuck landing out of a double layout, tying her career-high score of 9.925. Luksik was the highest-scoring Wildcat on the event for the night and second of the meet.

After strong performances on the first two rotations, UK moved on to the balance beam. The event total tied the uneven bars with 49.325 which resulted in the two being the strongest rotations for the Cats on the evening. Needing an edge up on LSU, junior Bailey Bunn’s 9.850 saved the day for Kentucky. Fifth-year Arianna Patterson kept up the momentum with a career-best-tying 9.925 performance.  She executed a beautiful back handspring half step out, as well as showcased her flexibility with a large switch leap switch leap before sticking a Gainer pike dismount.

Senior Raena Worley recorded a 9.950 on the event, earning her highest score of the night. She tied LSU’s Hailey Bryant for the top score on the event. Also tying her career-best, the Christiansburg, Va. native sang the lyrics to her routine while executing a flawless front ariel to back handspring layout step out. She sealed the deal with a sticky one and a half twist dismount.

To close out Excite Night 2023, the Cats ended the evening on the floor exercise. Jillian Procasky and Magnelli each earned 9.800 on the event to help push Kentucky past LSU. However, Hailey Davis and Worley anchored the victory with 9.925 performances. The pair earned the night’s top scores on the apparatus, as well as the top scores for UK on the event.

Kentucky earned its first win at home for the 2023 season, as well as its third consecutive victory over the Tigers. The Wildcats will hit the road this week to take on conference opponent Georgia in Athens, Ga. next Friday. UK will then return home to host No. 8 Alabama at Memorial Coliseum on Jan. 27.

2023 single-meet tickets to all five Kentucky gymnastics home meets are now on sale through the UK Athletics Ticket Office. UK students may attend meets for free following the presentation of a valid UK Student ID upon entry. 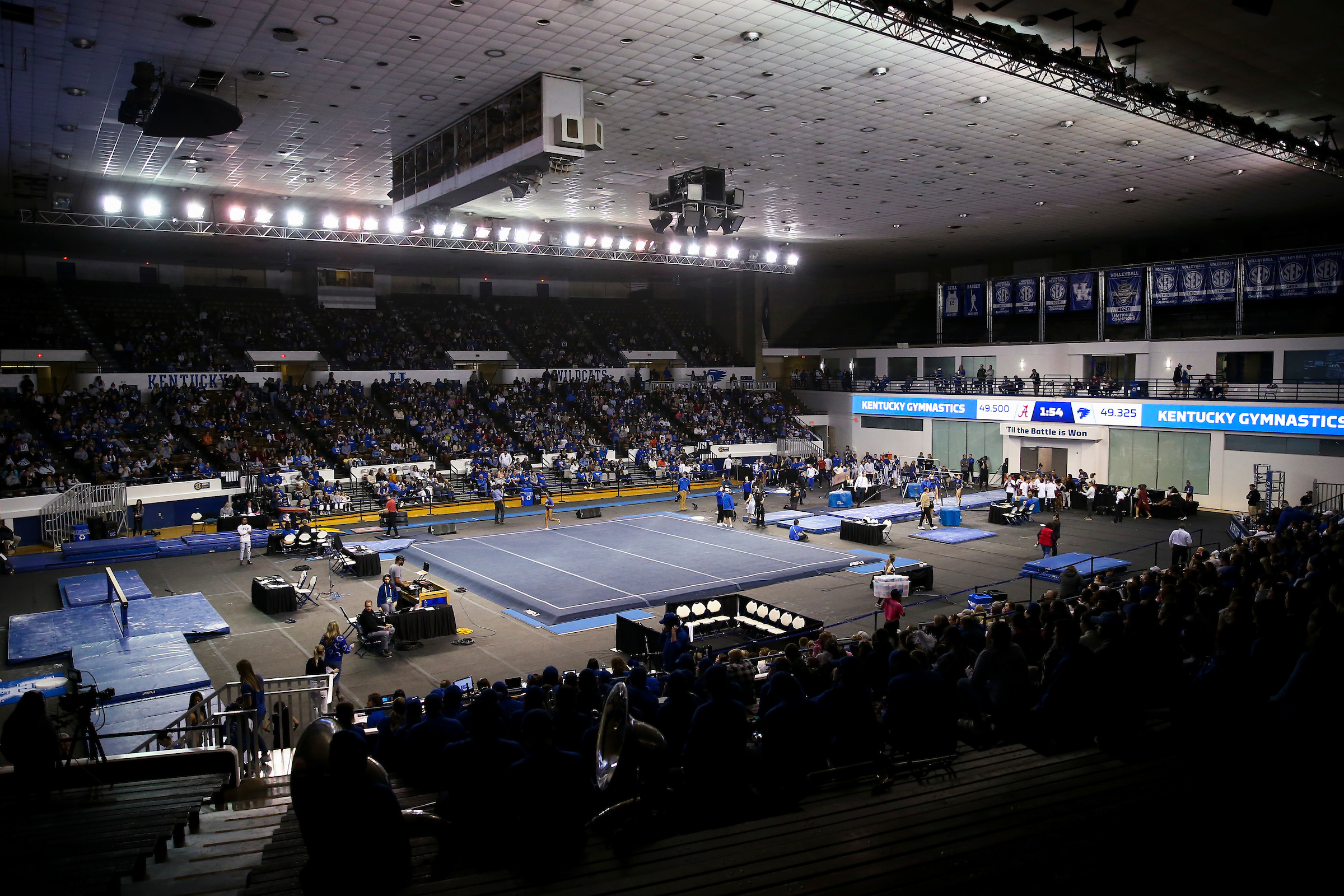