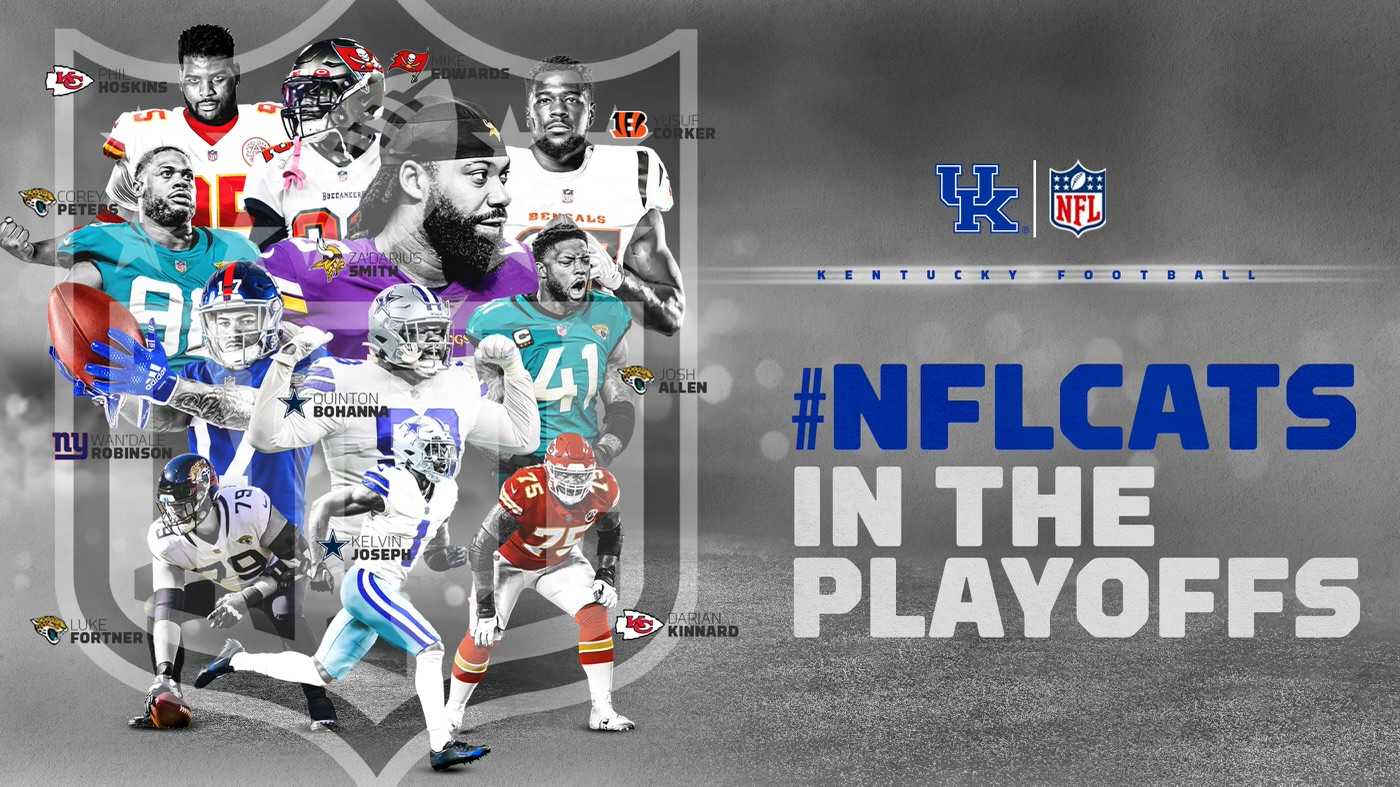 Kentucky legend, star safety and Super Bowl champion Mike Edwards highlights a group of 11 Wildcats who will chase the ultimate prize in the National Football League playoffs that open this Super Wildcard Weekend.

Edwards, who plays for the Tampa Bay Buccaneers, will line up opposite two other NFL Cats when the Bucs host the Dallas Cowboys on ESPN’s Monday Night Football. Defensive tackle Quinton Bohanna and defensive back Kelvin Joseph will suit up for the Cowboys.

After triumphing in a win-and-you’re-in game last weekend, the Jacksonville Jaguars will have three Wildcats on the field, including outside linebacker Josh Allen, who scored the playoff-clinching touchdown on a scoop-and-score play vs. the Tennessee Titans last week. Joining him will be longtime defensive lineman Corey Peters and rookie starting center Luke Fortner.