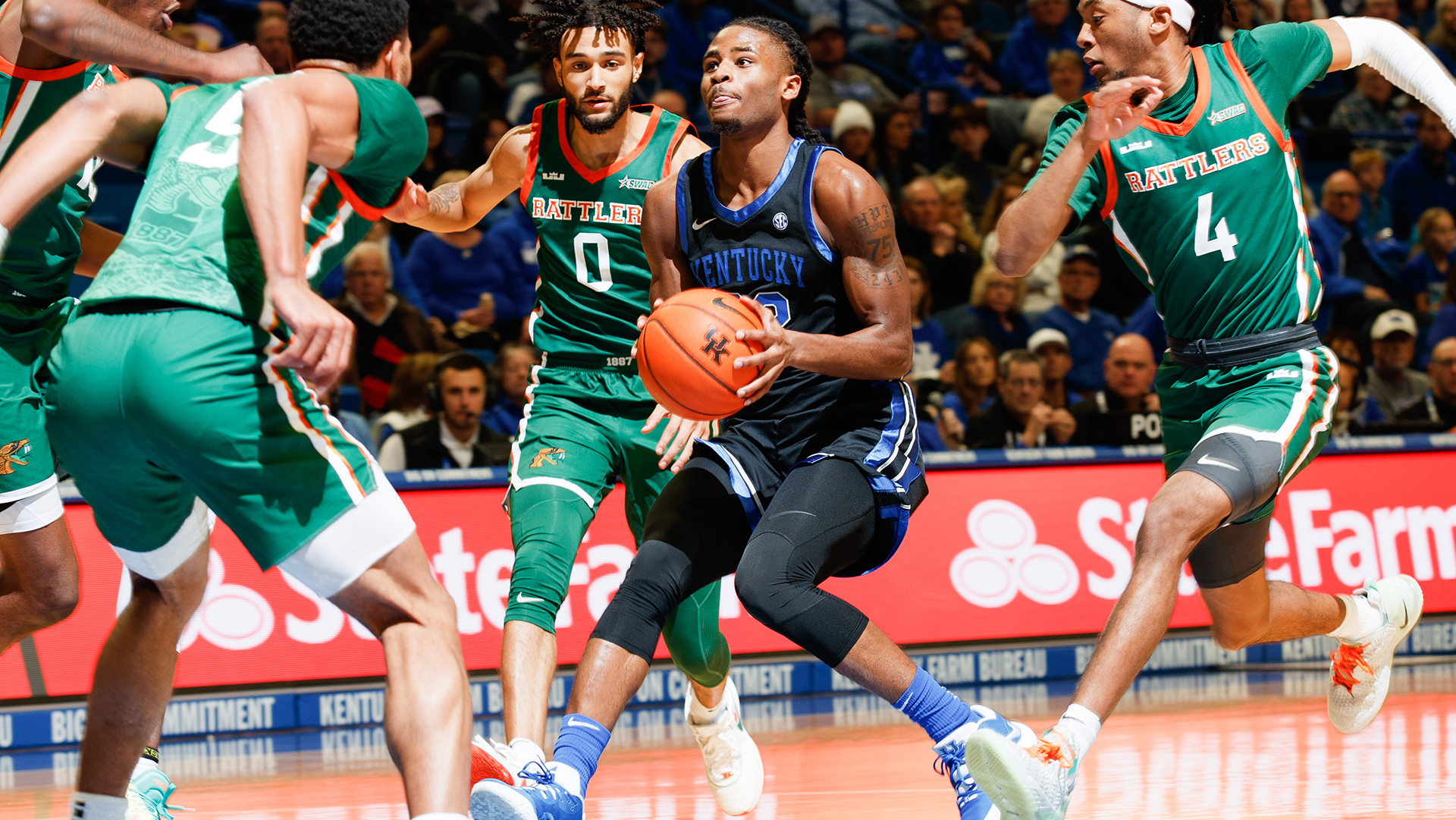 After falling to UCLA in the CBS Sports Classic on Saturday, No. 19/16 Kentucky was looking to create some positive feelings heading into the holiday break this week. And the Cats were able to do just that, beating Florida A&M 88-68 on Wednesday night at Rupp Arena.

The shooting woes that Kentucky experienced against UCLA on Saturday did not carry over into Wednesday’s game. After making just 21 of 64 (32.8 percent) of its shots against the Bruins, the Cats had no such issues against the Rattlers. Kentucky made seven of its first eight shots from the floor, assembling an 18-0 run that gave the Cats an early 16-point advantage.

Cason Wallace paced the Cats, scoring a career-high 27 points, while also dishing out nine assists and grabbing four steals. Wallace’s previous career best was 15 points, which came in the season opener against Howard. His 27 points was one shy of the season best by any Wildcat, which came when Oscar Tshiebwe scored 28 against Yale.

“Well, he made shots tonight,” Calipari said. “You know, we’ve got to keep working with him as he plays point. Decision making, seeing the court better. What he did today is he made shots so you couldn’t go under on the pick-and-roll.”

Kentucky (8-3) got 14 points and eight rebounds from Tshiebwe, while CJ Fredrick hit four threes for his 12 points. Antonio Reeves added 10 points for the Cats.

It was a nice feeling for Fredrick, who has struggled a bit shooting the ball in recent games.

“It felt good,” Fredrick said. “Just staying confident in my shooting and coming to work every day. Just coming to practice every day and working.”

Fredrick also liked what the Cats did getting Wallace, who had the hot hand, heavily involved in the offense.

“It was huge,” Fredrick said. “We kind of found something the last five minutes and we just kept rolling with it. The ball in his hands coming off a double drag and him making plays.”

The Cats will have a few days off to go home and spend some time with their families before returning to campus next week. Kentucky’s next game is the Southeastern Conference opener, which is at Missouri on Dec. 28.