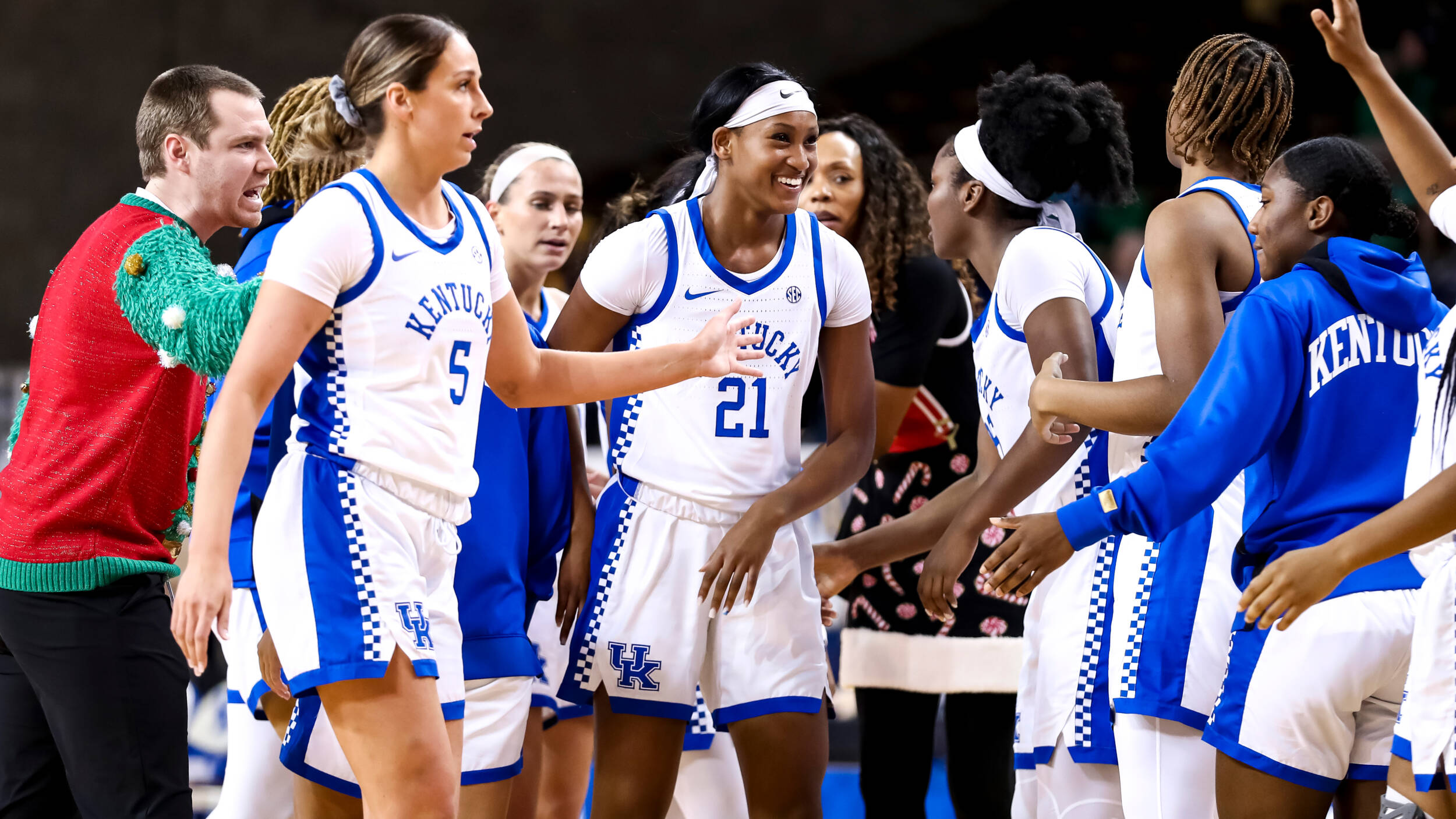 LEXINGTON, Ky. – The University of Kentucky women’s basketball program will play host to Ohio on Wednesday, Dec. 21 at 11 a.m. ET inside Memorial Coliseum. The game, which is the team’s final nonconference contest of the season, will be broadcast on SEC Network+, with Jeff Piecoro and Christi Thomas on the call.

The game is tabbed as Family Day, with kid-friendly activities on the concourse for children on break.

Doors to Memorial Coliseum will open one hour prior to the tip time.

The Wildcats, who own a 7-4 overall record and a 5-3 home record, will look to snap a three-game losing streak when they host the Bobcats on Wednesday. Kentucky is coming off a loss to then-NR/RV Florida Gulf Coast, 69-63, last Sunday in Memorial Coliseum. The Wildcats improved in two areas in the game, going 23-of-25 from the line for a season-best 92.0 percent and outrebounding the Eagles, 38-29, however, the Cats turned the ball over an uncharacteristic 20 times and gave up 32 points to those miscues.

Robyn Benton has led the team in scoring for the last three games, averaging 17.7 points over that stretch. Two Wildcats are averaging double-digit scoring on the season, including Benton (15.5) and Jada Walker (13.1). As a team, the Cats are shooting 42.2 percent from the field and averaging 71.1 points per game.

Kentucky continues to lead the Southeastern Conference and is ranked 13th in the nation in turnovers forced (22.91). More than 32.0 percent of UK’s points this season have come off turnovers. Meanwhile, three Wildcats are ranked top five in the league in steals, with Walker pacing the conference on 2.82 steals per game and Benton and Maddie Scherr sitting at tied for fifth in the conference on 2.00 steals per game apiece.

The Wildcats’ defense is holding opponents to 38.6 shooting from the field and 62.4 points per game.

Ohio is off to a 2-7 start on the season, including a 2-3 record on the road. After starting the season 0-4, Ohio won back-to-back games over Indiana State (74-62) and Dayton (52-51) in late-November. The Bobcats are currently on a three-game losing skid.

Yaya Felder is averaging 18.6 points per game, making her the lone double-digit scorer on the team. Felder and Caitlyn Kroll are pacing the team on the boards, averaging 5.2 rebounds per game. The Bobcats are shooting 38.6 percent from the field and averaging 61.8 points per game, including 7.0 three-point field goals per game.

Kentucky leads the all-time series with Ohio, 2-1, with the Wildcats taking the first two meetings and the Bobcats winning the latest meetings. The two teams haven’t played since 1988, with all three games occurring in the 1980s. Kentucky is undefeated against Ohio in Lexington (2-0).