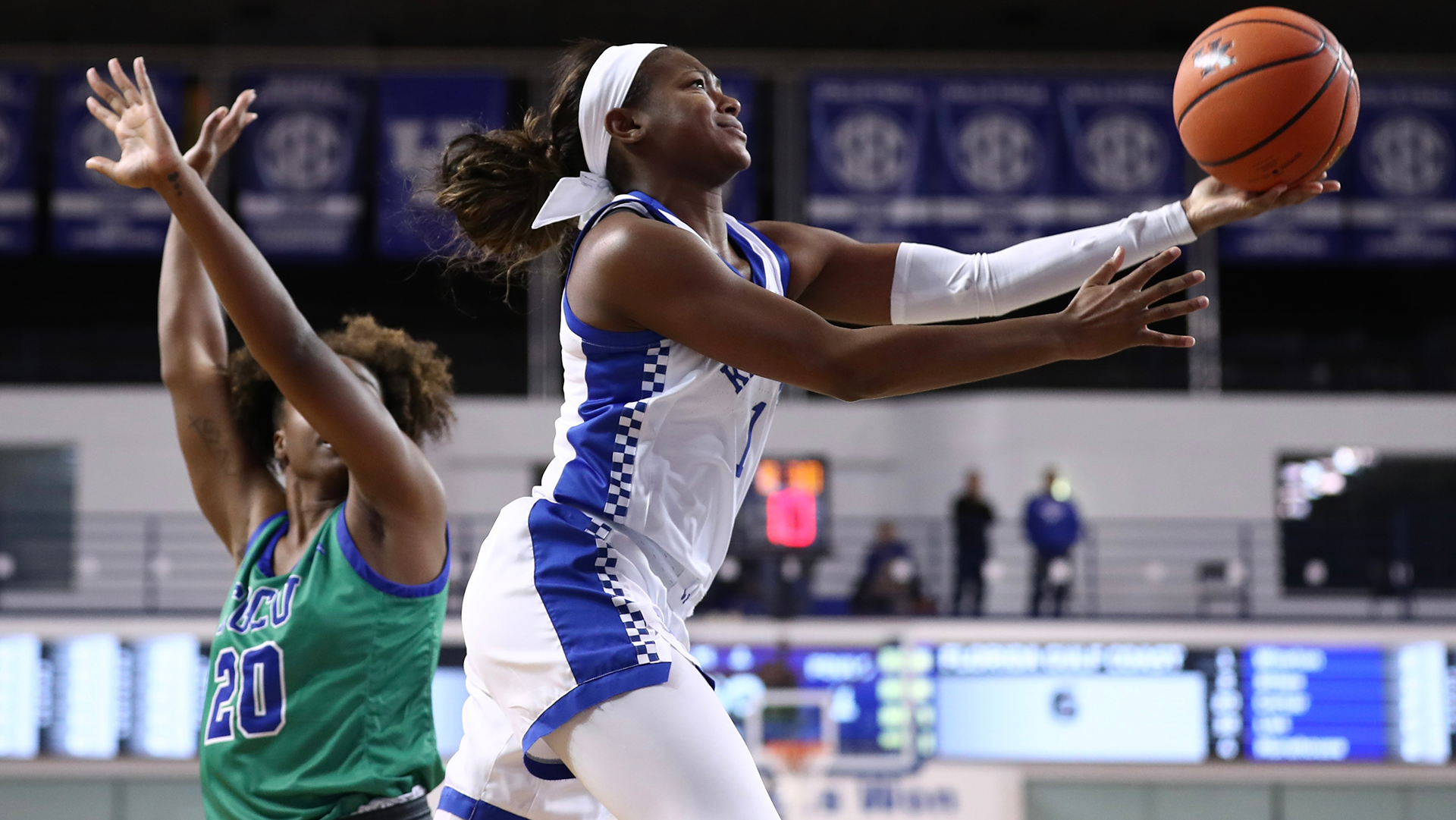 Blair Green had nine points and four rebounds for the Cats, while Maddie Scherr had just six points but led the team with nine rebounds, while adding three steals, two blocked shots and two assists.

Kentucky (7-4) committed 20 turnovers and FGCU turned those into 32 points. Meanwhile, Kentucky forced 19 FGCU turnovers but scored just 14 points off those miscues. The Cats also struggled shooting on Sunday as well, making just 19 of 58 (32.8 percent) from the floor, including two of 14 (14.3 percent) from behind the arc.

FGCU got off to a quick start, scoring on its first three possessions and forcing three UK turnovers to take a 6-0 lead just 1:11 into the game. The Eagles would lead 8-0 before Blair Green hit a shot in the lane to get UK on the board. FGCU would build a 13-4 lead before the Cats went on a 6-0 run to get within three. But the Eagles closed the period on a 5-2 run to lead 18-12 after one quarter.

The Eagles opened the second quarter on an 8-3 run to expand to lead to 26-15 with 6:27 left in the half. Kentucky would answer with seven consecutive points, including three free throws by Robyn Benton, to get within four, 26-22. But the Eagles stormed right back, scoring five in a row to lead 31-22. FGCU would hold a 37-31 lead at the half.

Kentucky opened the third quarter with a 9-2 run, sparked by five points from Benton and four from Blair Green, to take its first lead of the game, 40-39. FGCU would build a 51-44 lead late in the period but the Cats scored the final five points of the quarter, including a deep three from Benton at the buzzer, to get within two, 51-49, with one period remaining.

As they did in the third quarter, Kentucky opened the fourth period strong, this time with a 4-2 run to tie the game at 53-53. But FGCU answered with a 9-2 run to lead by seven, and the Eagles would not trail again in the game.

Kentucky returns to action on Wednesday, hosting Ohio University inside Memorial Coliseum. Tipoff is set for 11 a.m. and the game can be seen on SEC Network Plus.