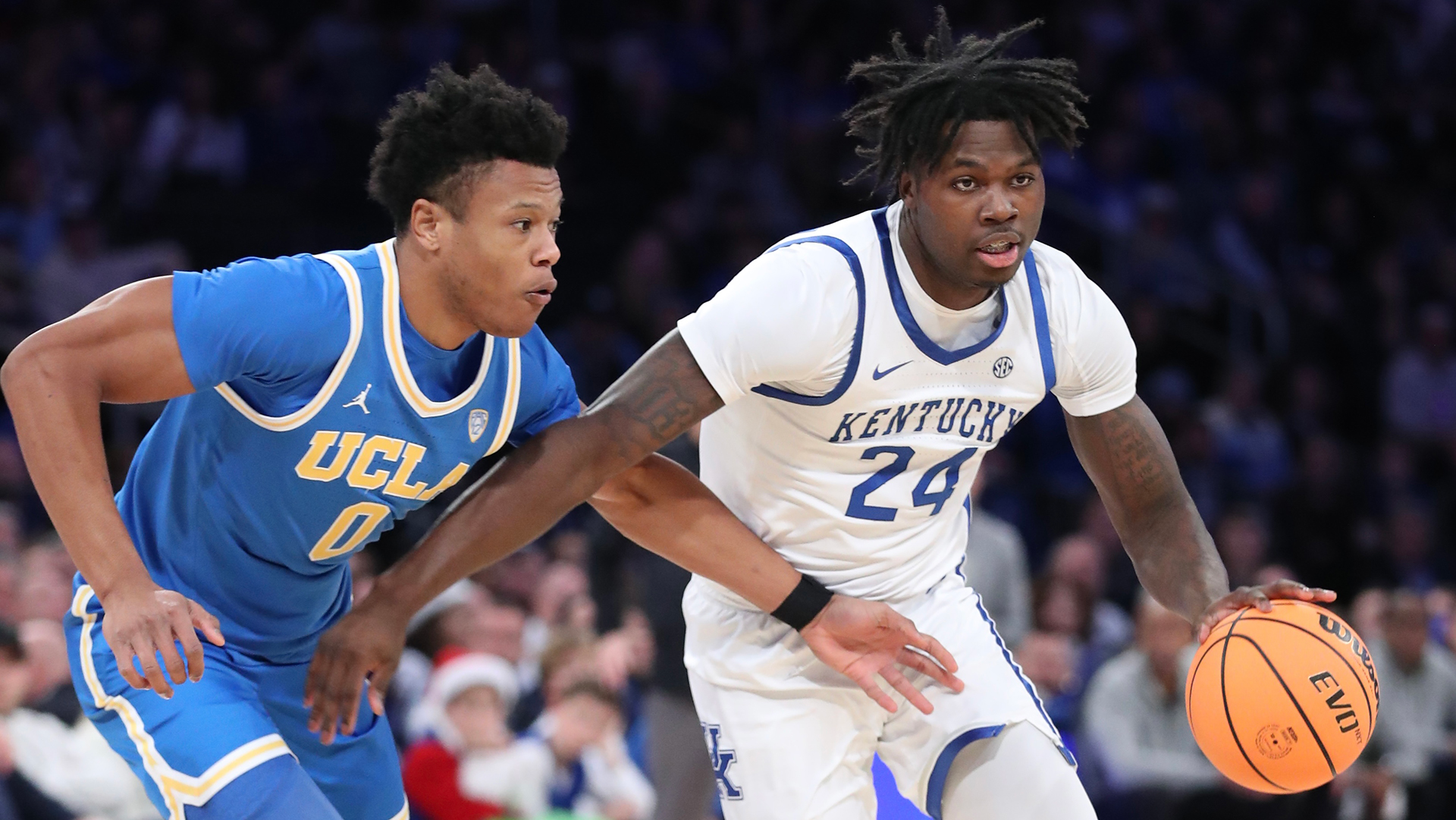 Facing UCLA on Saturday in the CBS Sports Classic, Kentucky had a miserable first half. The Cats had more turnovers (12) than made baskets (11) in the first 20 minutes, falling behind 35-27.

UCLA, meanwhile, made half of its shots, only turned the ball over seven times and got 20 points in the paint.

So, when the second half began, UK head coach John Calipari changed up his lineup. Calipari went to freshman Chris Livingston and junior Lance Ware.

The move paid off, as Livingston made two free throws for the Cats’ first two points of the half. Ware got an offensive rebound and kicked to Wheeler for a three to draw the Cats within five, 37-32. Ware then went to the floor and tied up a loose ball to give UK possession back. After a UCLA free throw, Livingston hit a jumper to cut the deficit to 38-34. The freshman scored again on the next possession to get the Cats within two for the first time since 14:46 of the first half.

Calipari got what he needed from the duo.

“We needed toughness on the floor,” Calipari said. “When they started bullying us a little bit, the game slipped.”

After Ware got a defensive rebound, the Cats would tie the game on a jumper by, who else, Livingston, on an assist from Ware. The lead would last just 23 seconds, as UCLA’s Tyger Campbell scored for the Bruins. But the next time down, Tshiebwe got loose and scored, and was fouled, but he missed the free throw and the game remained tied at 40-40.

But UCLA scored the next six points and would go on to a 63-53 win.

Livingston led the Cats with a career-high 14 points and Wheeler added 11 points and six assists, although he did commit six of UK’s season-high 18 turnovers. Oscar Tshiebwe was held to eight points but he did grab 16 rebounds.

Kentucky returns to action on Wednesday, hosting Florida A&M at Rupp Arena. Tipoff is set for 7 p.m. and the game can be seen on the SEC Network.