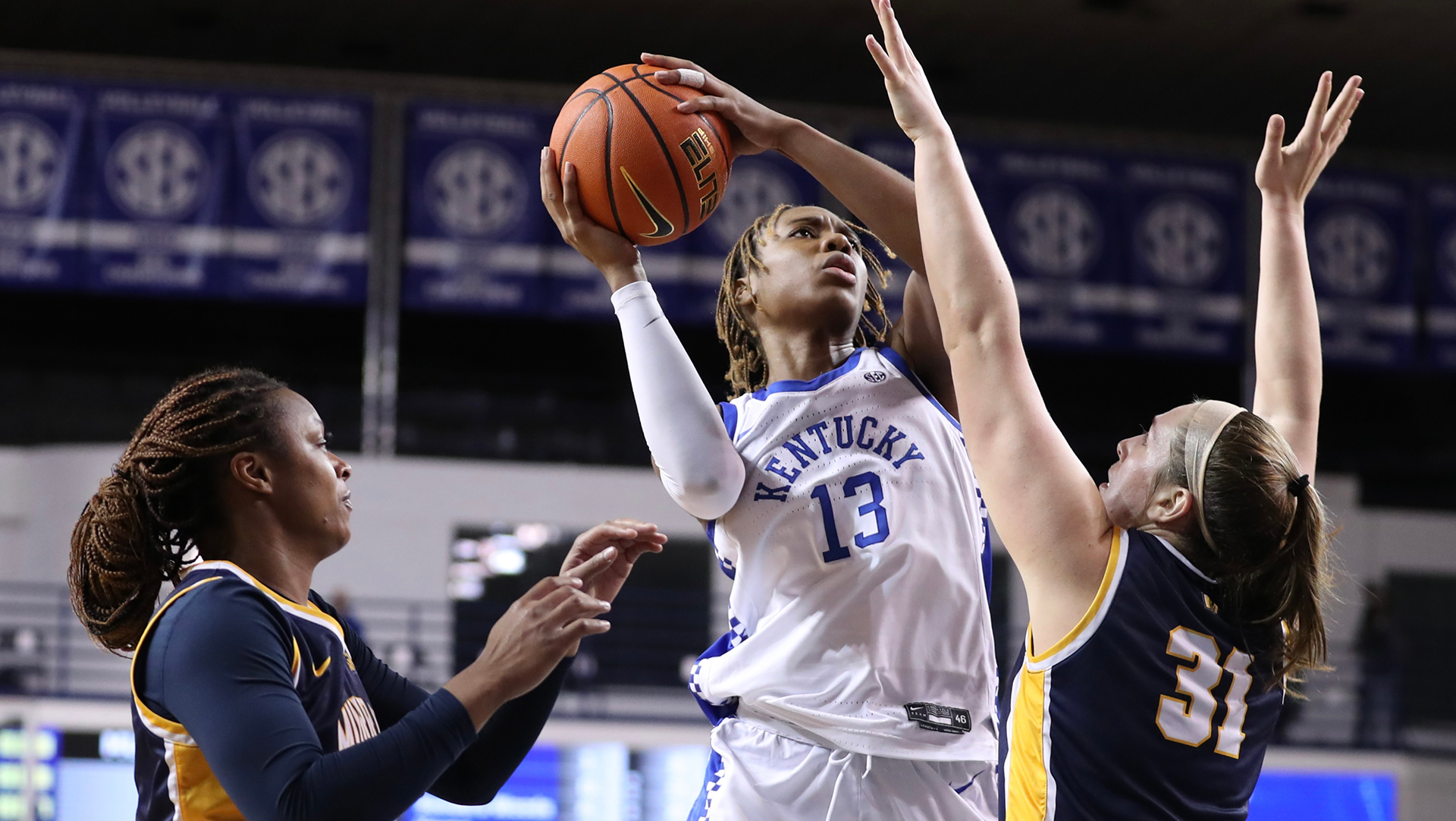 Kentucky got the first two points of the game on a runner by Jada Walker. However, the Cats would make just one of their first nine shots while Murray State made four of its first nine on its way to a 9-2 lead. Kentucky would go on a 5-2 run but the Racers got the last basket of the period and led 14-7 after 10 minutes of play.

In the second quarter, Kentucky got an early three from Maddie Scherr to cut the MSU lead to four. Those were the first three points in a 7-2 run that got the Cats within two, 16-14. UK would get within a point on two occasions but the Racers closed the half on a 5-1 run to lead 25-20 at the break. The 20 points marked the lowest scoring half for Kentucky so far this season.

Murray State started the third period by hitting four of its first eight shots, including a pair of makes from beyond the arc, to extend the lead to 35-26. After Kentucky got a basket from Nyah Leveretter with 4:18 left in the period, the teams would go scoreless for the remainder of the quarter, leaving MSU with a 35-28 lead.

In the fourth quarter, Kentucky would continue to try to trim the Murray State lead. Benton and Ajae Petty led the charge, but the Cats could never get closer than five points.

Kentucky has a quick turnaround, hitting the Memorial Coliseum court again on Sunday. The Cats host Florida Gulf Coast at 1 p.m. and the game can be seen on SEC Network Plus.