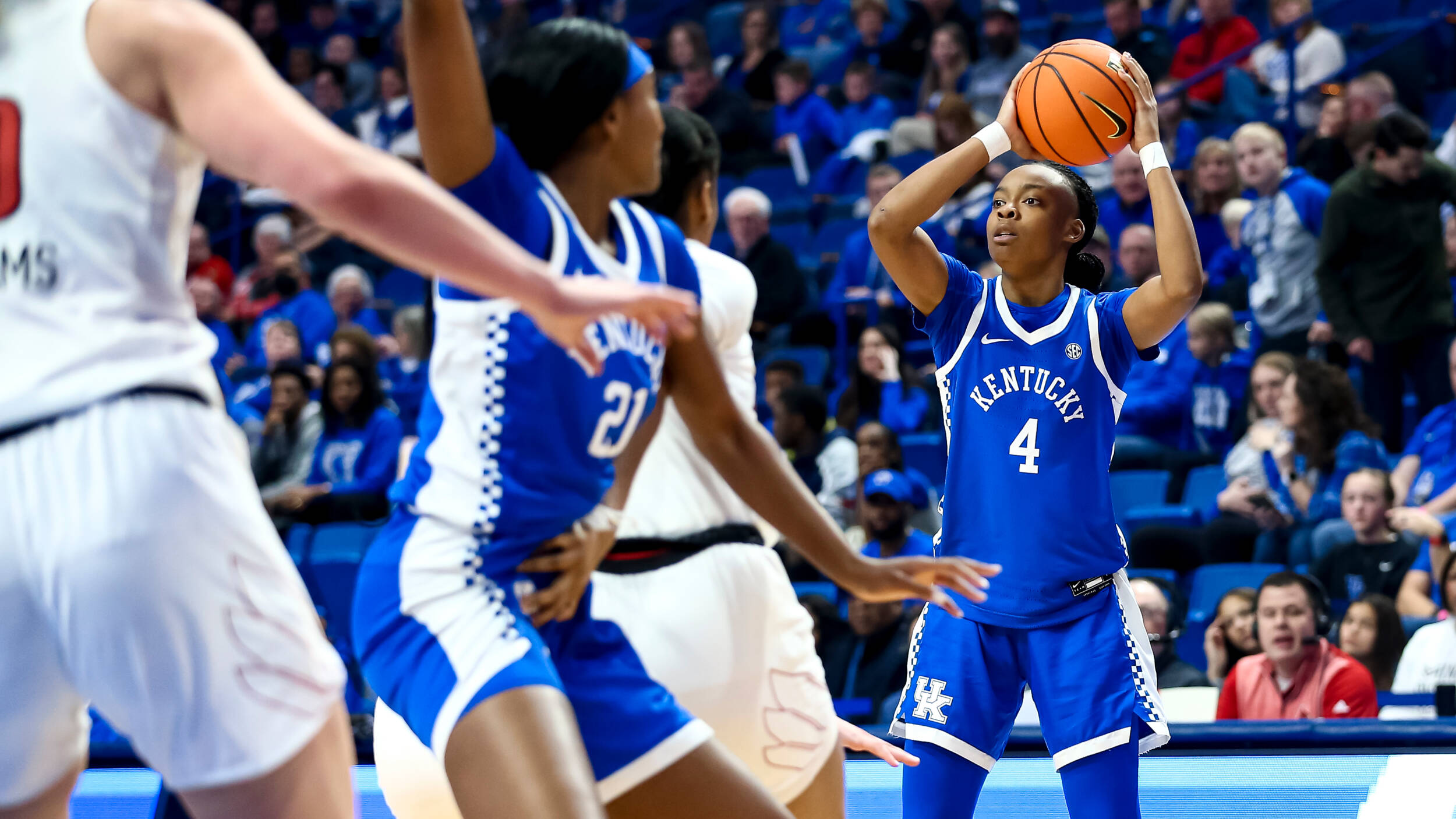 Both games will be inside Memorial Coliseum.

Friday is Heroes Night, an opportunity for the program to recognize first responders and their contributions and sacrifice for our community. Sunday is the annual Holiday Game, which will include a special appearance from Big Blue Santa. Fans are encouraged to join the women’s basketball coaches and staff in wearing their ugliest holiday sweater to the Holiday Game.

Doors to Memorial Coliseum will open one hour prior to the tip time of each game.

The program will offer a shuttle service before and after Kentucky’s game against Murray State on Friday.

The shuttle service will run one hour prior to the tip time (6 p.m. ET) through the first quarter and then start back up at half time and run until all patrons who want a ride have received a ride.

The shuttle service will stop at Administration Avenue, across from the Cornerstone Parking Garage (Parking Structure No. 5), and at the parking lots on High Street, before dropping off or picking up patrons at the Lexington Avenue entrance of Memorial Coliseum.

The shuttle service is free of cost to all fans, and signage will also be located at the Cornerstone Garage (Parking Structure No. 5) for pick-up and drop-off locations.

Benton has put up double-digit scoring in all nine games this season, while Walker has led the team in scoring in five of nine games in 2022-23.

Kentucky is sharing the ball, too, as more than 62.0 percent of its 263 field goals have come by way of an assist. The Wildcats are second in the Southeastern Conference and are ranked 18th nationally in assists per game (18.2). In their most recent game against then-RV/No. 24 Louisville, the Cats had their third game of the season dishing out at least 20 assists.

Maddie Scherr, a junior transfer from Oregon and a Florence, Kentucky, native, is responsible for a bulk of those dimes, leading the SEC and ranked toward the top of the nation in assists (56), assists per game (6.2) and assist/turnover ratio (2.95).

Meanwhile, as a team, the Wildcats continue their aggressive style on defense, pacing the league and ranked top-10 nationally in turnovers forced (24.0). The Cats are also ranked first in the league and top-20 nationally in turnover margin (7.22). Kentucky has won the turnover battle in all but one game this season, while it has forced opponents to commit at least 20 turnovers in seven of nine games in 2022-23

Walker has proven to be a menace on that side of the ball, pacing the league in both steals (28) and steals per game (3.11).

Kentucky is coming off a loss to in-state rival then-RV/No. 24 Louisville, 86-72, in Rupp Arena last Sunday. Despite the Wildcats scoring two more field goals and five more 3-pointers than the Cardinals, and leading them in second-chance points, fastbreak points and bench points and tying them in points off turnovers and points in the paint, the glaring difference was at the line, as UofL went 33-of-39 from the line, while UK went 10-of-21 from the stripe.

Overall, this season, Kentucky is holding its opponents to 38.9 percent from the field and 62.9 points per game.

Kentucky has won all 15 matchups with Murray State, in a series that officially began in 1975.

Florida Gulf Coast has an 8-2 record this season, including a 3-0 record on the road.  The Eagles, who are shooting 43.9 percent from the field and are averaging 73.8 points per game, have two players putting up double-digit points this season in Alyza Winston (13.9) and Tishara Morehouse (13.8). FGCU is coming off a loss to Duke, 71-48, despite Sha Carter producing 18 points for the Eagles.

Kentucky and Florida Gulf Coast are tied in all-time meetings, 1-1, as the two teams prepare to meet in Lexington for the first time in the series.