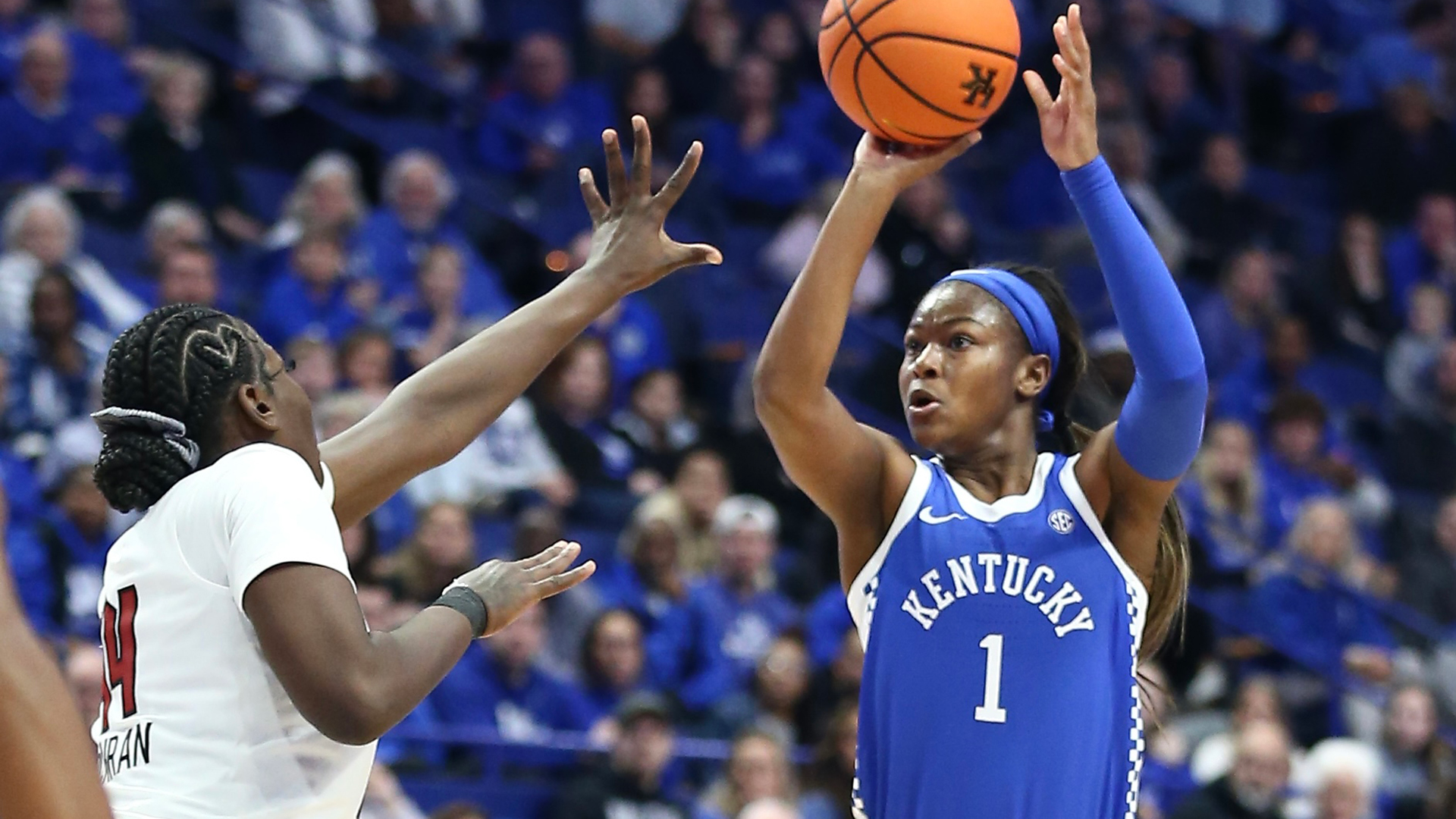 Kentucky Falls to Louisville on Sunday

Kentucky (7-2) got a solid all-around performance from guard Maddie Scherr on Sunday. The Union, Kentucky, native had 18 points, six assists, five rebounds and two blocked shots in the contest. Ajae Petty was the only other Kentucky player in double figures, scoring 11 points and grabbing six rebounds.

The game was close early, with the Cards holding an 8-6 lead. However, the Cards went on a 6-0 run to extend the lead to eight points. Louisville would take a 10-point lead late in the quarter before Amiya Jenkins hit a three from the right wing for the Cats, cutting the U of L lead to 21-14, which would be the score after 10 minutes of play.

Louisville opened the second quarter on an 8-0 run, extending the lead to 29-14. But the Cats fought back, getting baskets from Scherr and Benton to cut the U of L lead to 29-18 with 5:56 left in the half. However, the Cards closed the period by scoring the last seven points to lead 42-25 at the half.

In the third quarter, Louisville would extend the lead to as many as 22 before the Cats rallied late. Kentucky went on a 10-2 run, including eight consecutive points, to cut the deficit to 54-40. The Cats would eventually get within 12, but U of L would lead 61-47 after three periods.

Kentucky started the fourth period with a Scherr basket to get within 12, but the Cards answered with a 10-2 run to extend their lead to 71-51. The Cats would continue to fight back, getting within 11 on a couple of occasions.

Kentucky returns to action on Friday, hosting Murray State at Memorial Coliseum. Tipoff is set for 7 p.m. and the game can be seen on the SEC Network.