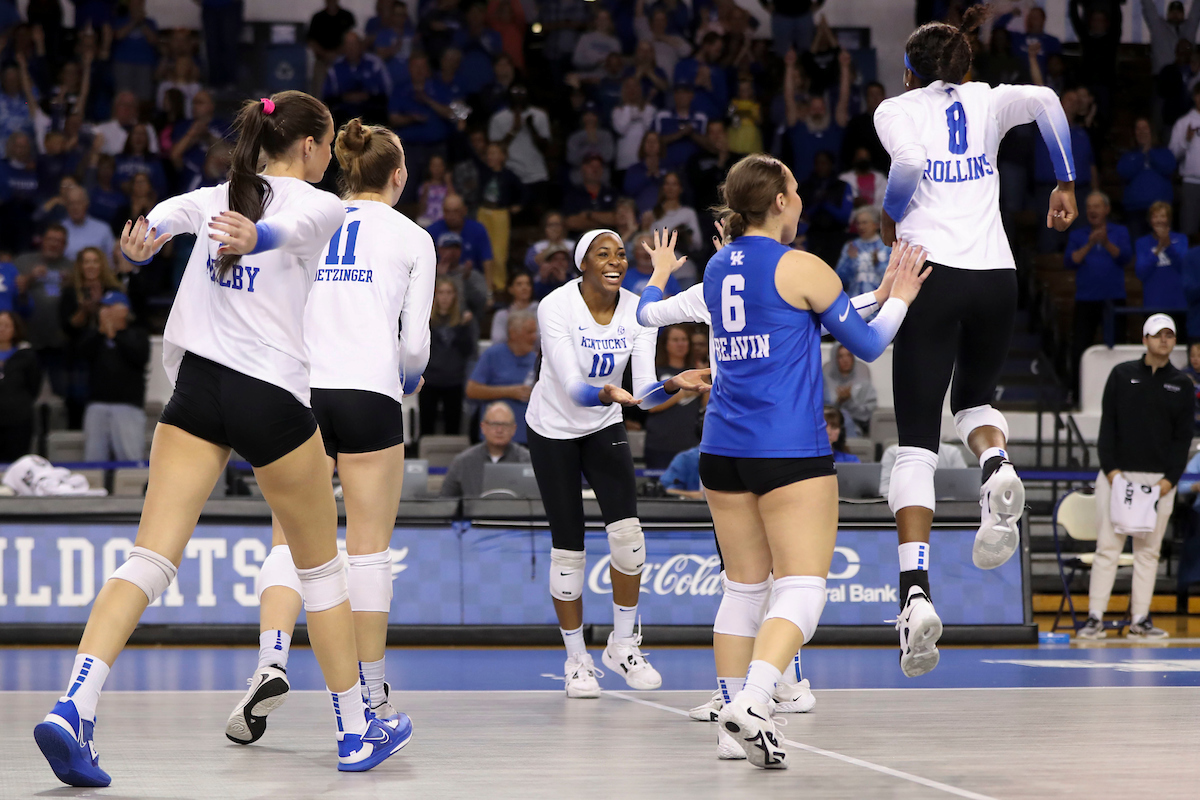 Emma Grome, Reagan Rutherford, Adanna Rollins and Azhani Tealer were selected to the All-Southeast Region Team, as voted on by the southeast region head coaches. Since 2015, Craig Skinner has placed at least four Wildcats on the AVCA All-Region Team, and in his time as the UK head coach, Kentucky has been honored with a staggering 58 All-Region award winners.

By being voted as an all-region representative, those four players will now be thrown into the national pot for qualification into the prestigious AVCA All-America honors. The all-America honorees will be announced during the 2022 NCAA Final Four.

Kentucky travels to Palo Alto, California to compete in the NCAA Stanford Regional this weekend with San Diego and Houston. UK faces (2) San Diego at 8 p.m. ET/5 p.m. PT in the Regional semifinal and if it wins, would face the winner of Stanford/Houston for a spot in the Final Four on Dec. 10 at 10 p.m. ET.