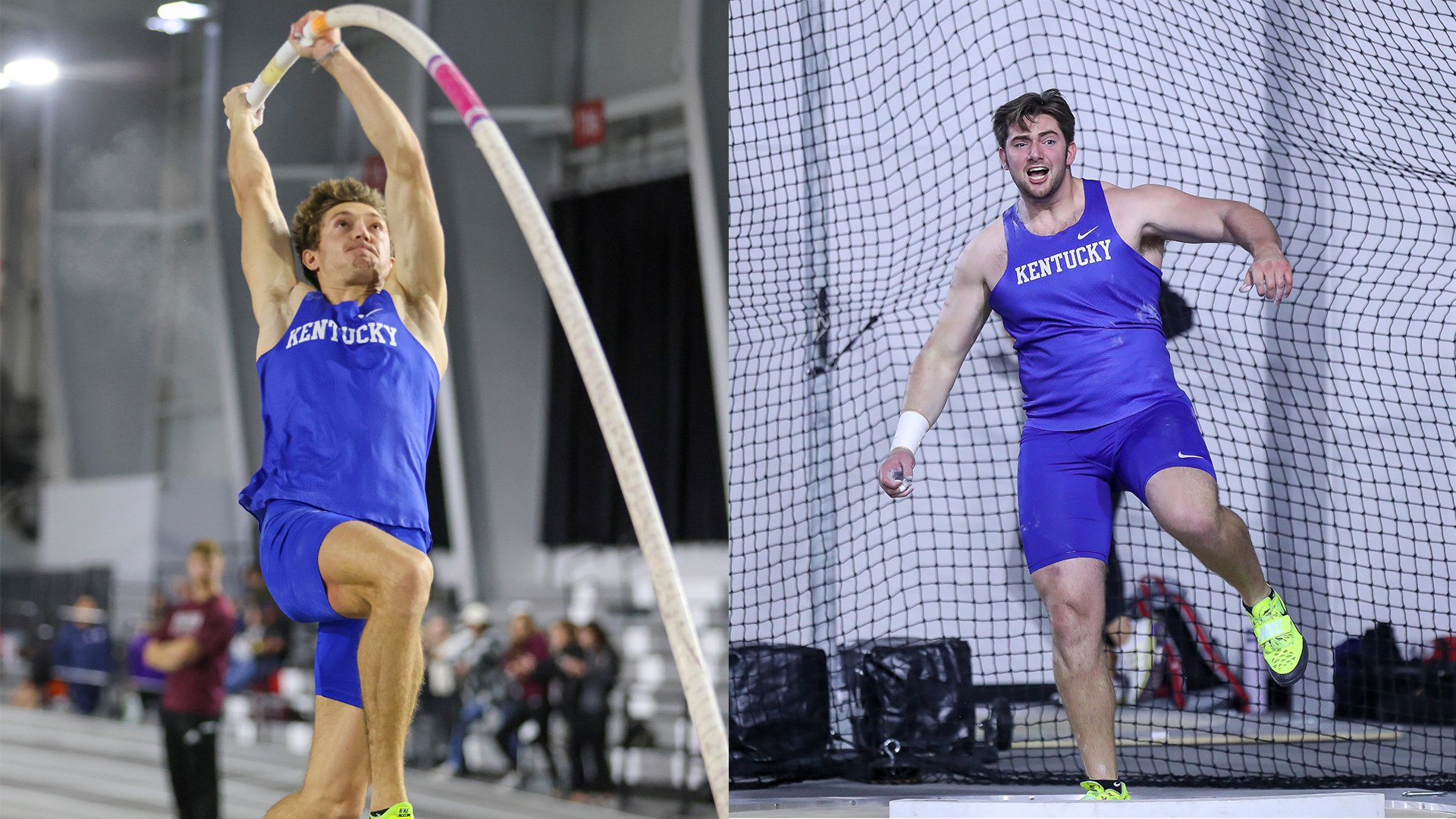 In all, Kentucky Wildcats won a combined 16 individual events over the course of the one-day-meet that served as an opening test of the athletes’ standing going into the holiday break before the indoor season begins in earnest in January 2023.

Keaton Daniel opened his indoor season with a pole vault win. The two-time reigning Southeastern Conference Outdoor Champion broke the indoor school record he shared with Matt Peare, clearing 18-feet, 1.25 inches/5.52 meters. Daniel’s mark ranks No. 2 in the nation this season with only a handful of meets having taken place.

Perrow won the women’s 60m with a time of 7.29, which moved her to No. 10 on the UK all-time performers’ list. She is tied for second fastest in the nation so far this year.

Katelyn Hutchinson won the women’s 400m and Wildcats swept the podium in the event. Hutshinson’s winning time was 58.27. Jasmine Jackson was second in 58.61 and Mahogany Mobley was third in 59.22.

UK’s men’s and women’s 4x400m relays each won to conclude the track portion of the meet. The men’s 4×4 of Brandon Miller, Wayne Lawrence Jr. Markevus Jackson and Kennedy Ligtner ran 3:11.14, which is the earl-season NCAA leader.

Payton Phillips improved her No. 3 on the UK indoor all-time list, clearing 13’3.5”/4.05m to earn runner-up honors in the women’s pole vault.