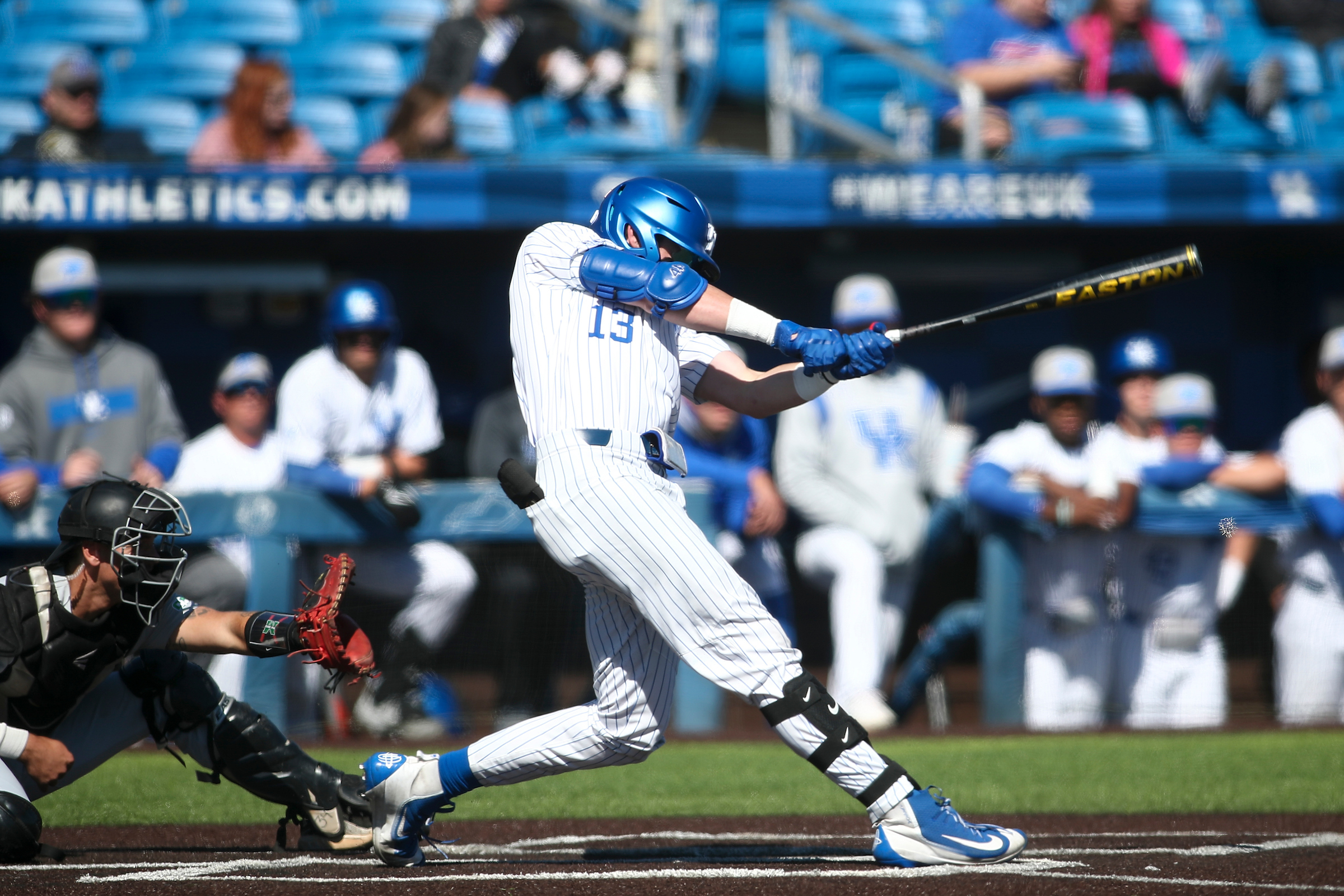 The Kentucky baseball team will face another challenging schedule in 2023, including 23 games against opponents that made the NCAA Tournament last spring, including eight against Super Regional opponents, as part of a season that kicks off on Feb. 17, 2023.

Season ticket information will be released in the coming weeks, with television assignments and game times determined closer to the season. 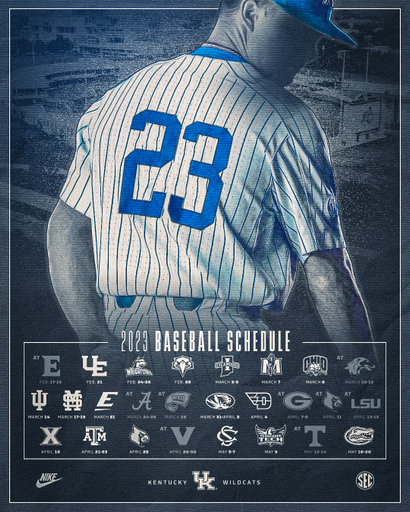 The Wildcats open the season at Elon with a three-game series set for Feb. 17-19, then return home for a 10-game homestand. The opener at Kentucky Proud Park is scheduled for Tuesday, Feb. 21 against Evansville.

The non-conference schedule also includes regional rivalry games against Indiana (Mar. 14) and the annual home-and-home against Louisville. The Cats and Cardinals meet in Louisville on Apr. 11 and in Lexington on Apr. 25.

As previously released, the Cats will host 2021 national champion Mississippi State to open its 30-game 2023 Southeastern Conference schedule and the conclude it with a home series vs. Florida at Kentucky Proud Park.

Looking to prepare for life on the road in the SEC, UK will play a pair of pre-conference series away from home against Elon and Southern Illinois (Mar. 10-12).