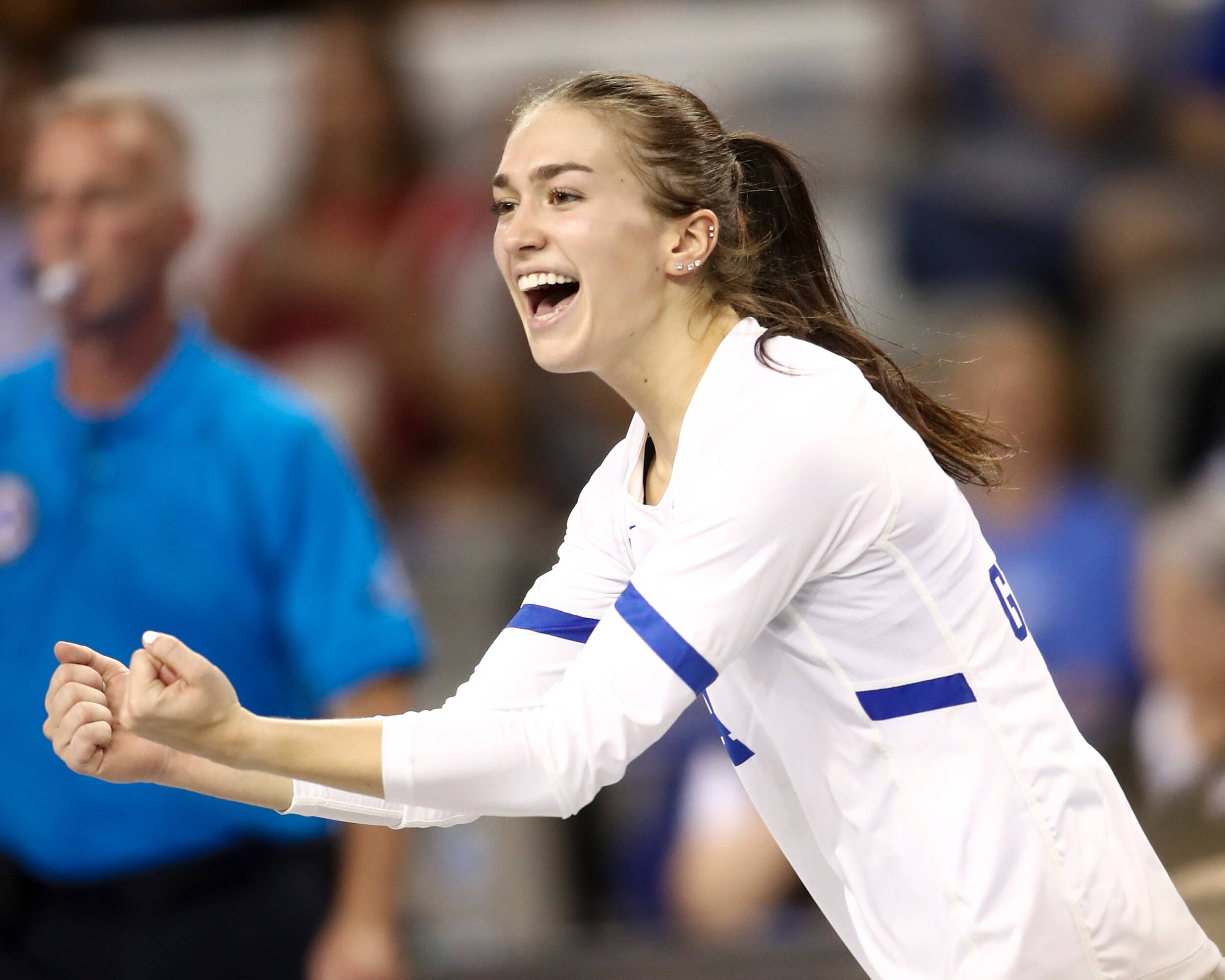 LEXINGTON, Ky. – Kentucky Volleyball player Emma Grome was named the Southeastern Conference’s Player of the Year as UK won the award for the fifth-straight season as Grome joins Leah Edmond (2018, 2019), Madison Lilley (2020) and Alli Stumler (2021) in the past half decade to win the award for the Wildcats.

Grome was also joined by outside hitter Adanna Rollins, opposite Reagan Rutherford and middle blocker Azhani Tealer as the four members representing Kentucky on the All-Southeastern Conference Team. With four players, Kentucky comprised the most players of any institution in the league.

Saturday afternoon, No. 16 Kentucky put the finishing touches on a sixth-straight SEC championship with a three-set sweep of South Carolina to complete the season 20-7 overall and 15-3 in league play, splitting the top spot with Florida for the trophy.

The 2022 NCAA Volleyball Selection Show is Sunday night at 7:30 p.m. ET live on ESPNU with Courtney Lyle, Holly McPeak and Katie George hosting the show as UK is expected to receive an at-large bid to compete for the NCAA Championship. The top 16 teams will receive a hosting opportunity for the first and second rounds of the tournament.