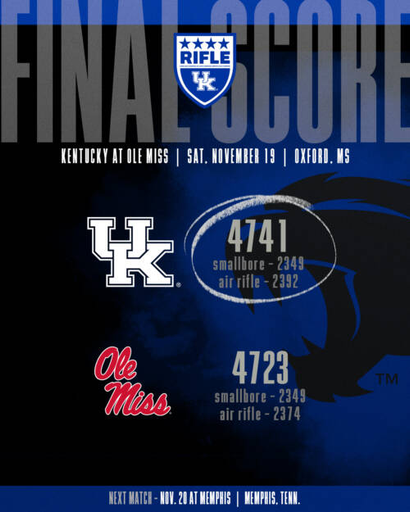 LEXINGTON, Ky. – The No. 3 University of Kentucky rifle team was on-target in air rifle, tying its school-record air rifle team score of 2392 en route to its second highest team score of the year Saturday in a victory at No. 1 Ole Miss in Oxford, Mississippi.

Kentucky started the day with a 2349 in smallbore, but it was air rifle that propelled UK to victory. The Wildcats scored a 2392 in air rifle, which ties the highest air rifle team score in program history. All five in UK’s countable air rifle lineup scored a 592 or higher with UK’s four top scores each being over 597.

“Happy with the performance today,” UK head coach Harry Mullins said. “The team has been training very, very hard and to see them get some high scores today was good. We have a quick turnaround now, competing against Memphis tomorrow. So we will enjoy them victory briefly and then get focused up for another dual match tomorrow.”

Kentucky used the same five athletes in both countable lineups in super seniors Richard Clark and Will Shaner, sophomores Kayla Kalenza and Allison Buesseler and freshman Sofia Ceccarello. In smallbore, Ceccarello and Clark led the way with 590s, while Shaner scored a 585, Buesseler a 584 and Kalenza a 582. In air rifle, Buesseler set a career high and Ceccarello tied it as each scored 599, while Kalenza also earned a career high with a 597. Shaner also had a 597, while Clark finished the scoring with a 592.

Kentucky will be back in action Sunday at Memphis in a dual match with the Tigers. The match is scheduled to start around 9 a.m. ET and live targets will be available online at Megalink, while a live scorecard can be found at NCAArifle.org. 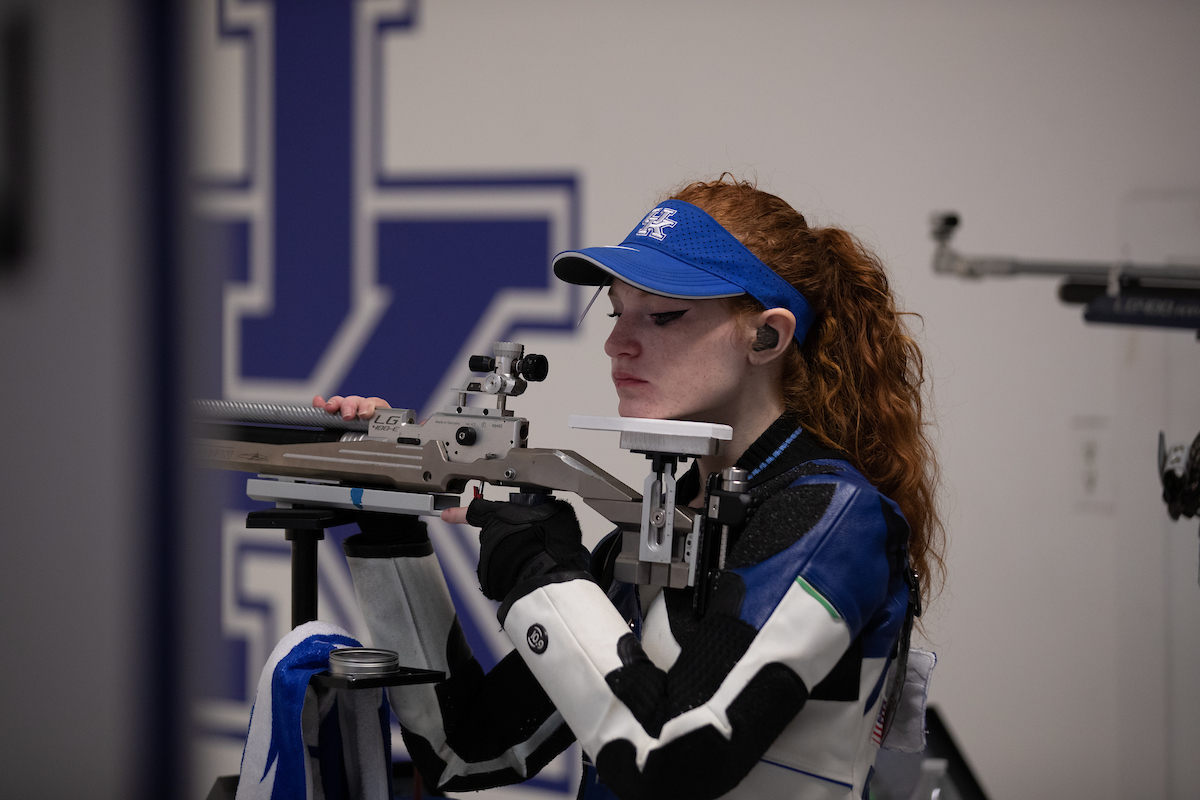