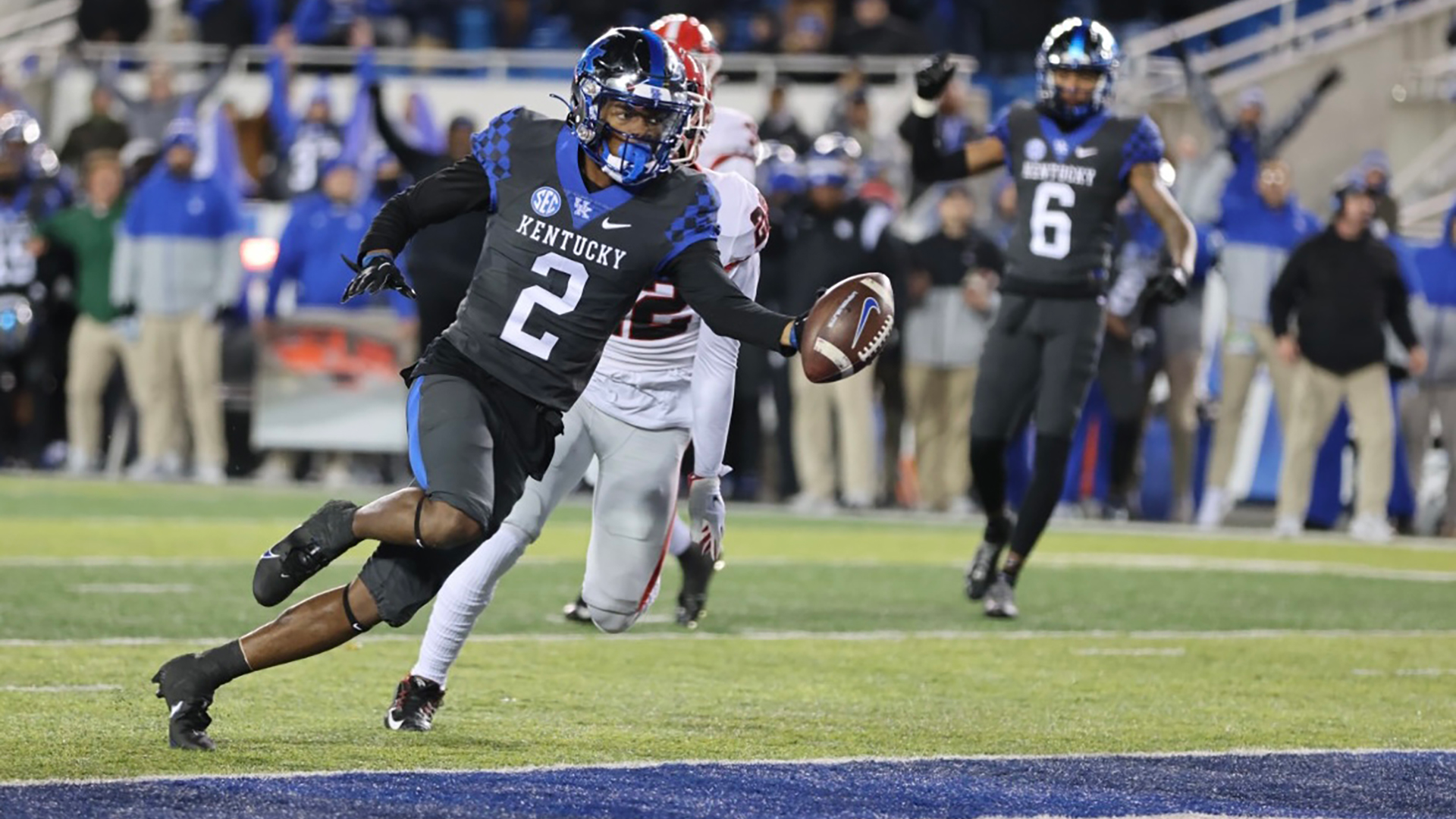 LEXINGTON, Ky. – Freshman Barion Brown caught 10 passes for 145 yards and a touchdown but Kentucky fell to top-ranked Georgia 16-6 on Saturday at Kroger Field.

Quarterback Will Levis connected on 20 of 31 through the air for 206 yards and a touchdown, with one interception. Chris Rodriguez Jr. rushed 17 times for 51 yards.

The UK defense was stout all day long, allowing just 363 yards to the nation’s top-ranked team and holding the ‘Dogs to less than half of their season scoring average. Jordan Wright led the way with 10 tackles for the Cats and Zion Childress had nine.

Kentucky got the ball first, but had to start at its own four yard line. The Cats appeared to be on their way to a punt when Levis connected with Barion Brown on a 31-yard completion on third and 11. The Cats would get additional first downs on a rush by Rodriguez and a 13-yard completion from Levis to freshman tight end Josh Kattus. However, on a fourth and one from the Georgia 31, the Bulldogs stuffed Rodriguez and took over with 9:10 to play in the first quarter.

On its first possession, Georgia drove deep into Kentucky territory before the UK defense got a stop in the red zone. The Bulldogs got on the board on a 27-yard field goal by Jack Podlesny to take a 3-0 lead with 2:56 to play in the first.

Kentucky would get a pair of first downs on its next possession and would face a third and long as the first quarter ended, with Georgia leading 3-0.

The drive would continue and the Cats would get into the red zone. But on third and 12 from the Georgia 18 yard line, Levis was intercepted by Georgia’s Kelee Ringo in the end zone, thwarting the scoring opportunity. Ringo returned to interception to the Georgia 47, where the Bulldogs took over with 8:43 left in the half.

Georgia would take advantage of the good field position, again getting deep into UK territory. But, as they did before, the UK defense held and forced a 24-yard field goal, which Podlesny converted, giving the Bulldogs a 6-0 advantage with 3:40 left in the half.

Kentucky went three-and-out on its next possession and Georgia got the ball back with 2:03 to play in the half. The Bulldogs would run the two-minute offense and get into UK territory, ultimately settling for another Podlesny field goal, this one from 37 yards, as the half ended with the Bulldogs leading 9-0.

Georgia took the first possession of the second half and go to near midfield, but Stetson Bennett’s pass was intercepted by Jordan Lovett and the Cats took over at their own 11. However, the Cats were not able to do anything with the possession and were forced to punt.

The Bulldogs would cash in on the next possession. Georgia would cover 58 yards in eight plays, capped by a nine-yard touchdown rush from Kenny McIntosh. Podlesny added the PAT and Georgia led 16-0 with 6:22 left in the third quarter.

Kentucky would stop Georgia on the one yard line on its next drive, then would march 99 yards in nine plays, ending when Levis hit Brown with an eight-yard touchdown pass with 9:52 remaining. The Cats went for two, but the pass missed and Georgia held a 16-6 lead.

The Cats would stop the Dogs, then would get the ball back. UK got deep into Georgia territory but Matt Ruffolo missed a 38-yard field goal with 4:17 to play.

Kentucky concludes the regular season next Saturday, hosting Louisville at Kroger Field. Kickoff is set for 3 p.m. ET and the game can be seen on the SEC Network. 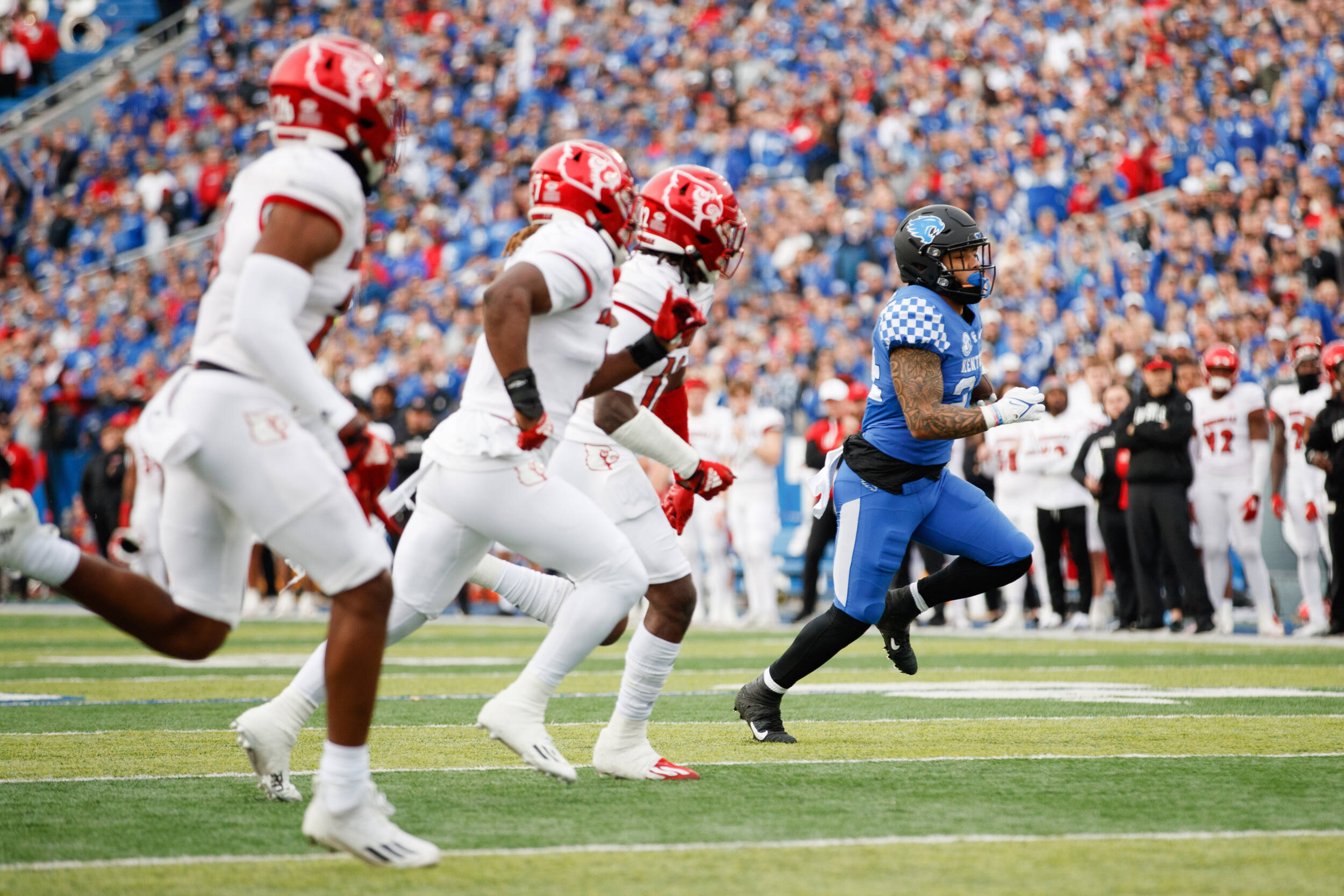 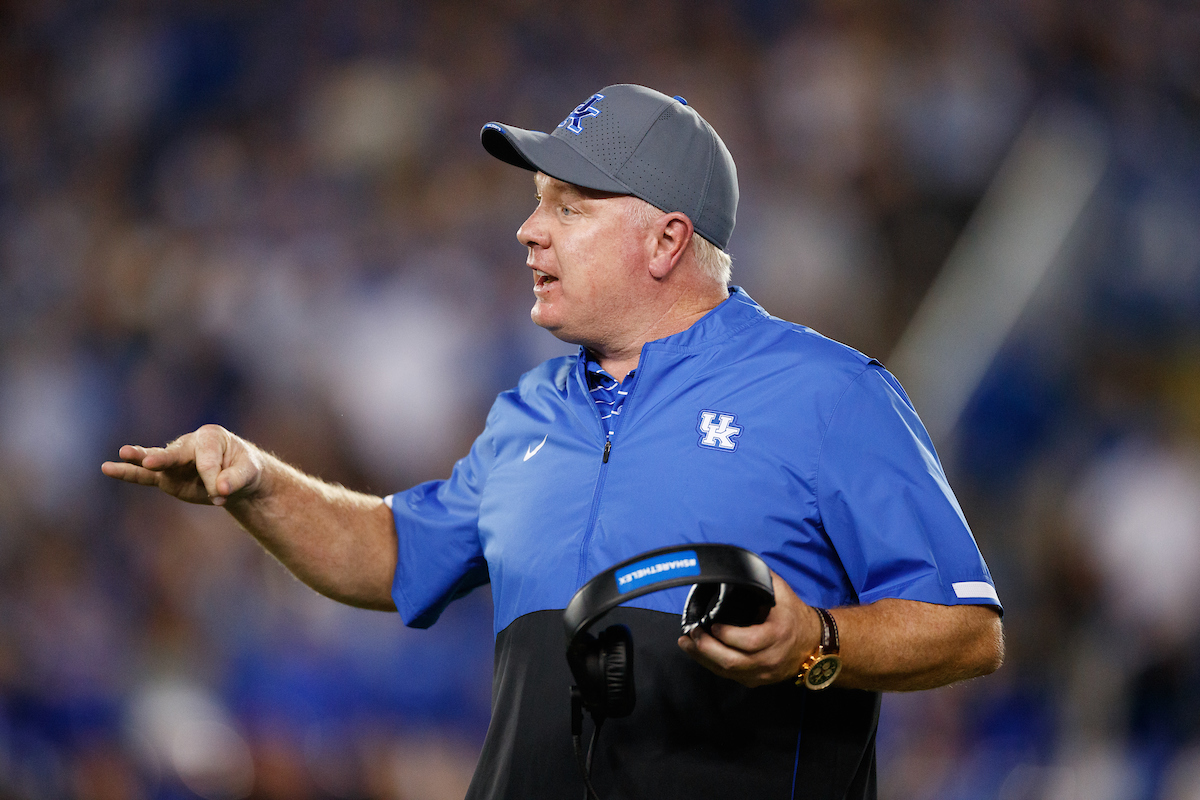 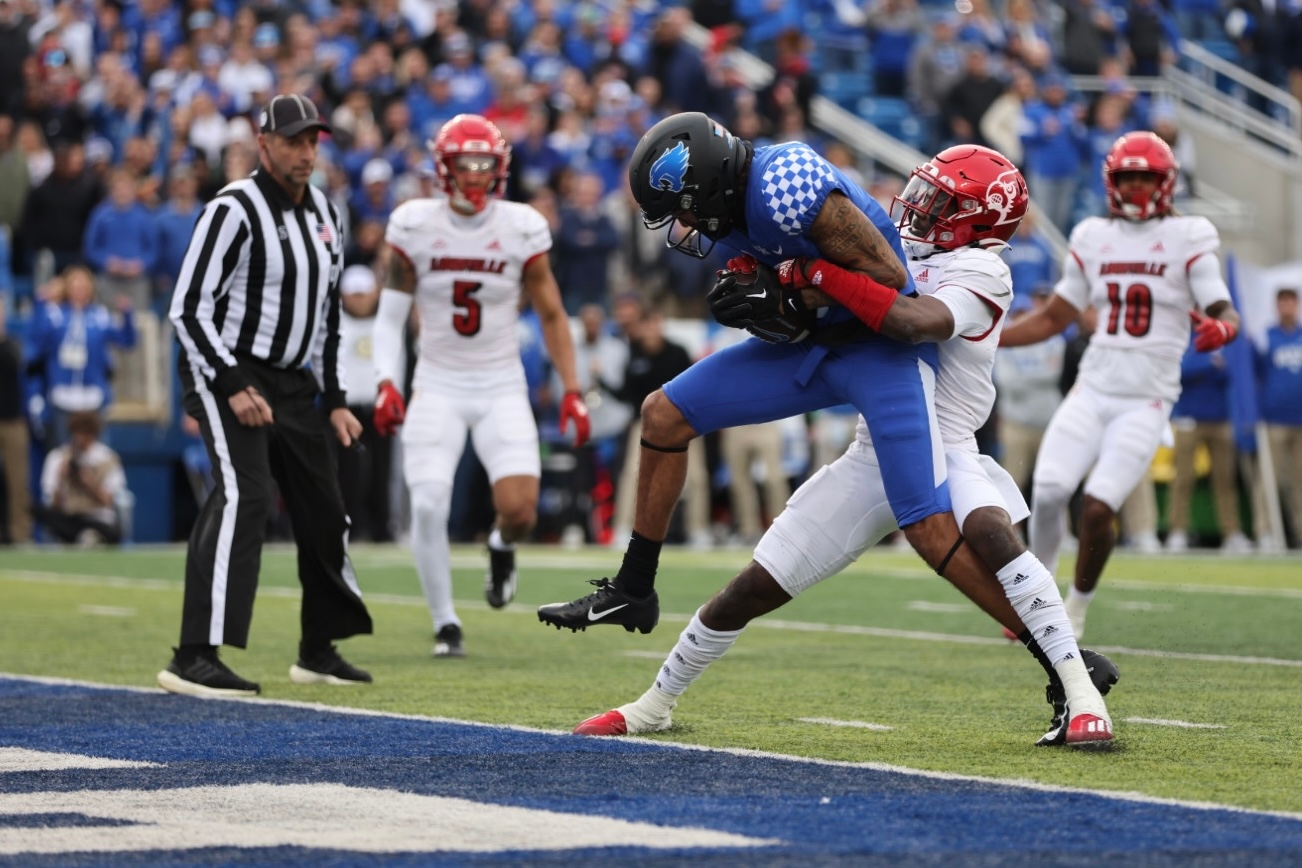