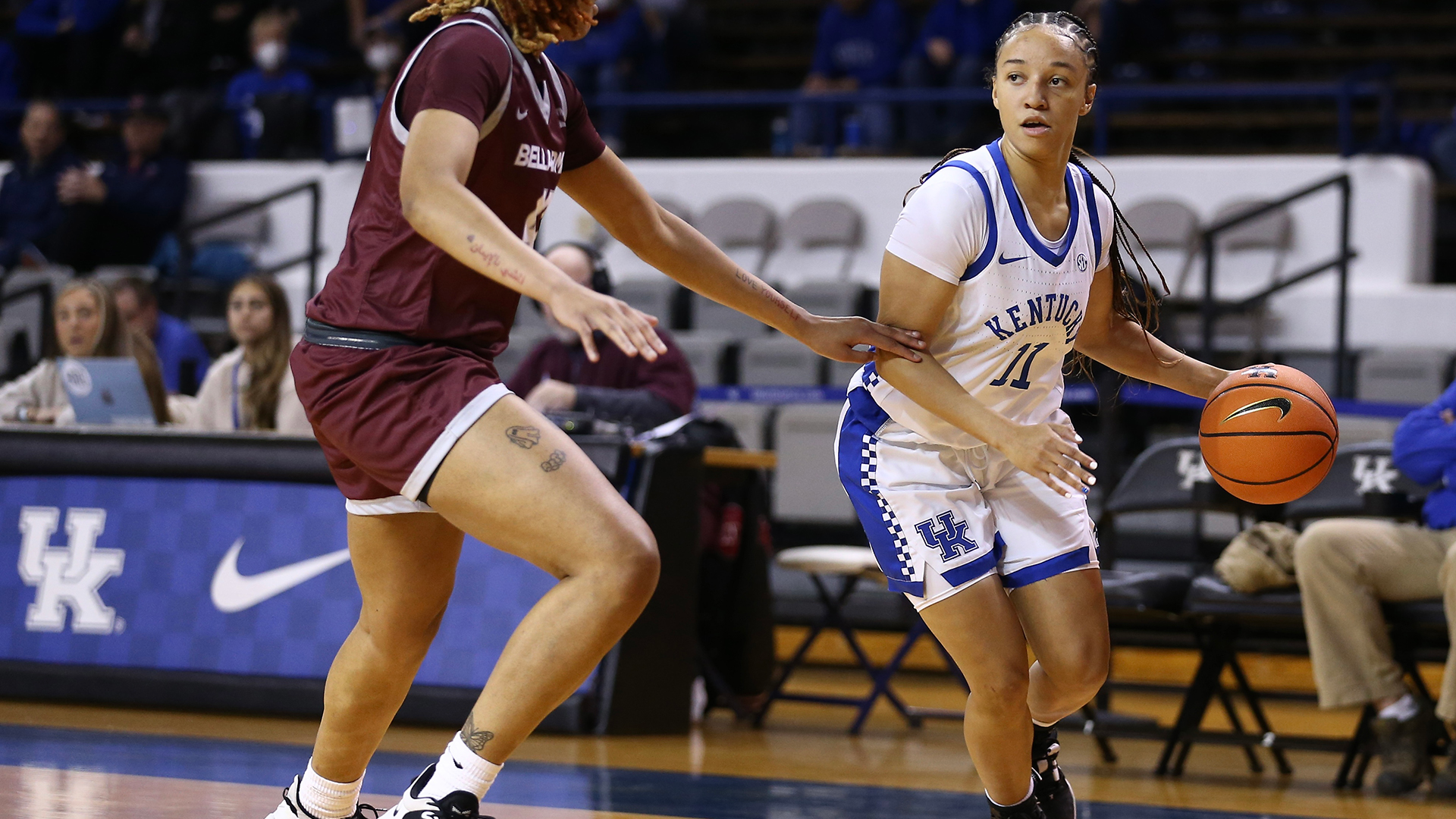 Kentucky (4-0) turned up the defensive intensity in the game, forcing 27 Bellarmine turnovers. The Cats were able to turn those miscues into 24 points. The Cats also dominated in fast break points in the game, 16-0.

Early in the game, both teams struggled on the offensive end. Kentucky hit just two of its first 12 shots while Bellarmine had seven turnovers, leading to a tie game. However, Kentucky scored the final three points of the quarter to lead 12-9 after one period of play.

The second quarter was a different story. Bellarmine scored the first basket of the period, but Kentucky answered with 12 consecutive points, the first four of which came on consecutive layups by Blair Green. Bellarmine would get back within 10 at one point, but UK closed the half on a 9-0 run to lead 37-17 at the break.

The third period was evenly played throughout and the Cats would hold a 52-33 advantage through three quarters of play.

In the fourth quarter, Bellarmine would get within 15 points but could get no closer.

Kentucky returns to action on Monday, when they play the first of two games in the Baha Mar Hoops Pink Flamingo Championship in the Bahamas. The Cats will play Virginia Tech in Monday’s contest, which tips off at noon ET and can be seen on FloHoops. 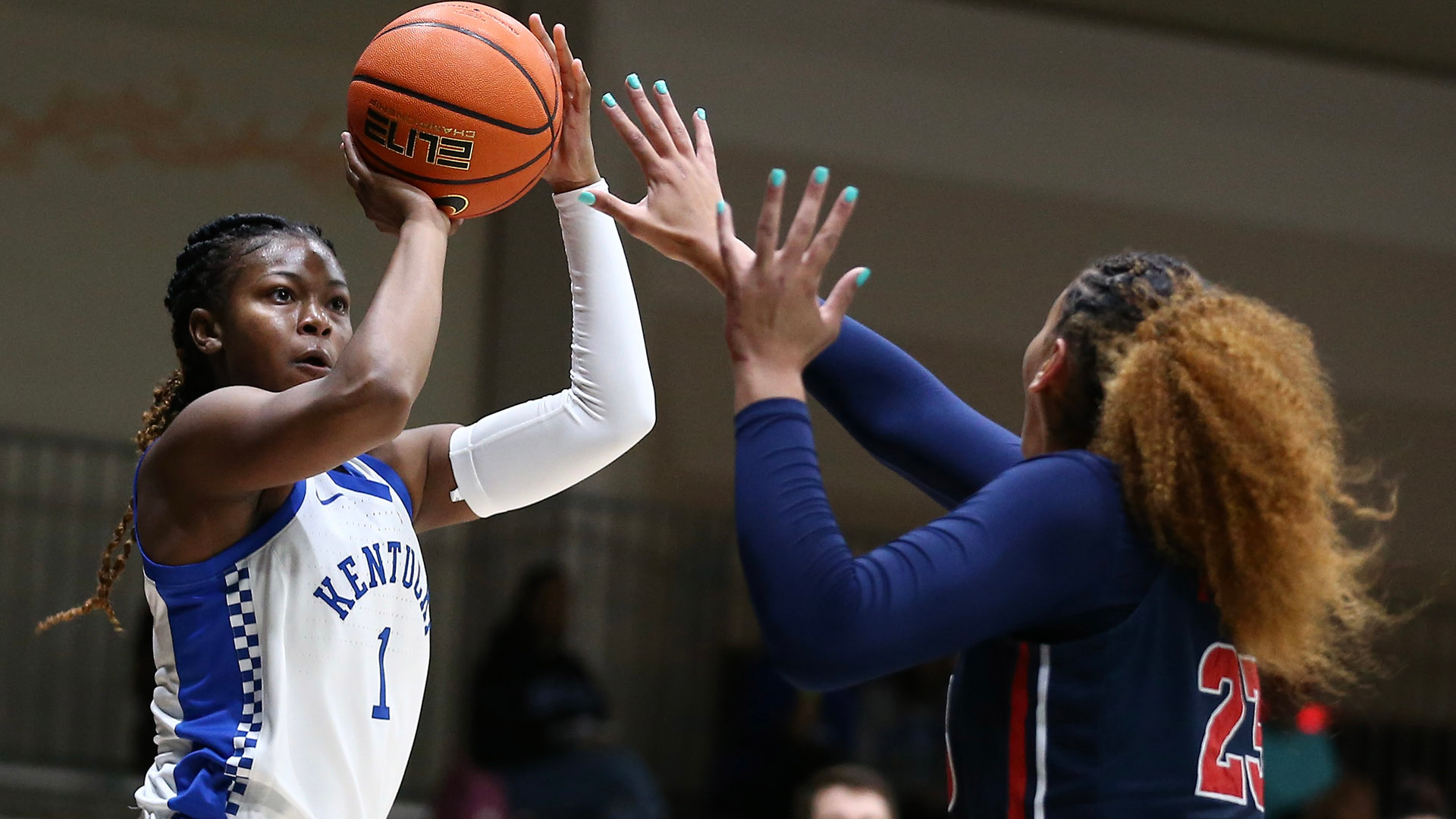