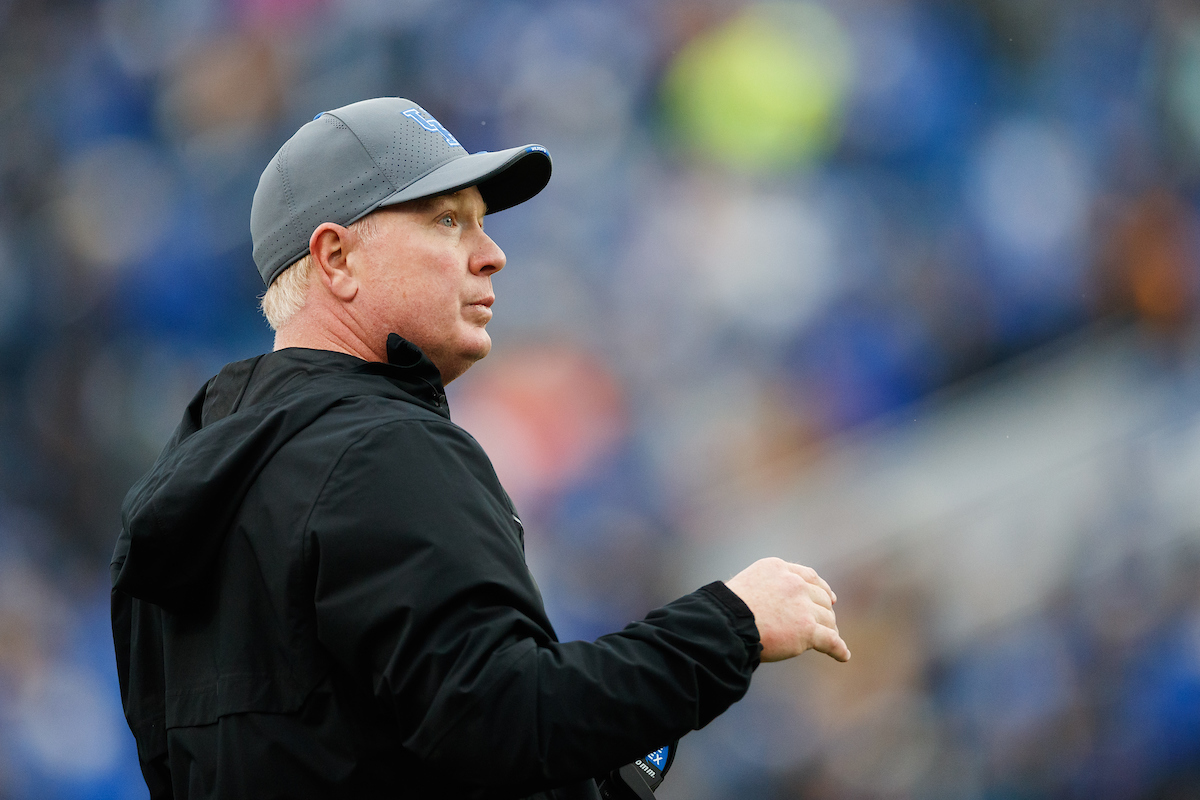 Kentucky football head coach Mark Stoops knows that his team’s performance on Saturday against Vanderbilt is not good enough to win in the Southeastern Conference. He also knows that, if not for one specific play, the Cats would have won the game. But Stoops will not play the game of “what if”.

“No excuses,” Stoops said on Monday at his weekly press conference. “I don’t feel comfortable talking about excuses. I give credit to (Vanderbilt) Coach (Clark) Lea and Vandy for outplaying us and outcoaching us. They did a very good job. They came in and did some really good things with a quarterback that played a very good game.”

Stoops knows that, by staying in close games, sometimes things can go against a team, especially a team that finds itself in those situations often.

“We had our opportunities to win. We can’t put ourselves in a position where it comes down to a play here or a play there,” Stoops said. “We had those opportunities. We’ve won those games in the past and times and we’ve won some. And that’s going to happen, if you continue to play very close games. We didn’t make the plays down the stretch to win.”

As he has done during his entire tenure in Lexington, Stoops said his team will get back to work and will do their best to figure out the things that ail the team at this point.

“We need to continue to work extremely hard and evaluate all aspects of the program and try to improve,” Stoops said. “We always accept the responsibility. We constantly learn, shift and adjust and do the best we can to put ourselves in a position to win games. There’s no excuses, we need to get better, coach better and play better. And we’ll continue to do that and continue to work at it.”

This week, that work will come in conjunction with preparing for the nation’s top-ranked team, the Georgia Bulldogs. Coach Kirby Smart and his team are 10-0, have already clinched the SEC Eastern Division crown and are looking to repeat as college football’s national champions. Stoops knows how good Georgia is.

Stoops knows that his team will be up for the challenge of playing Georgia and that no one inside the football building has given up on this season.

The Cats will face a big challenge on Saturday in the nation’s top-ranked team. Stoops is hoping that his team will respond to the adversity, and the Georgia test, this weekend.