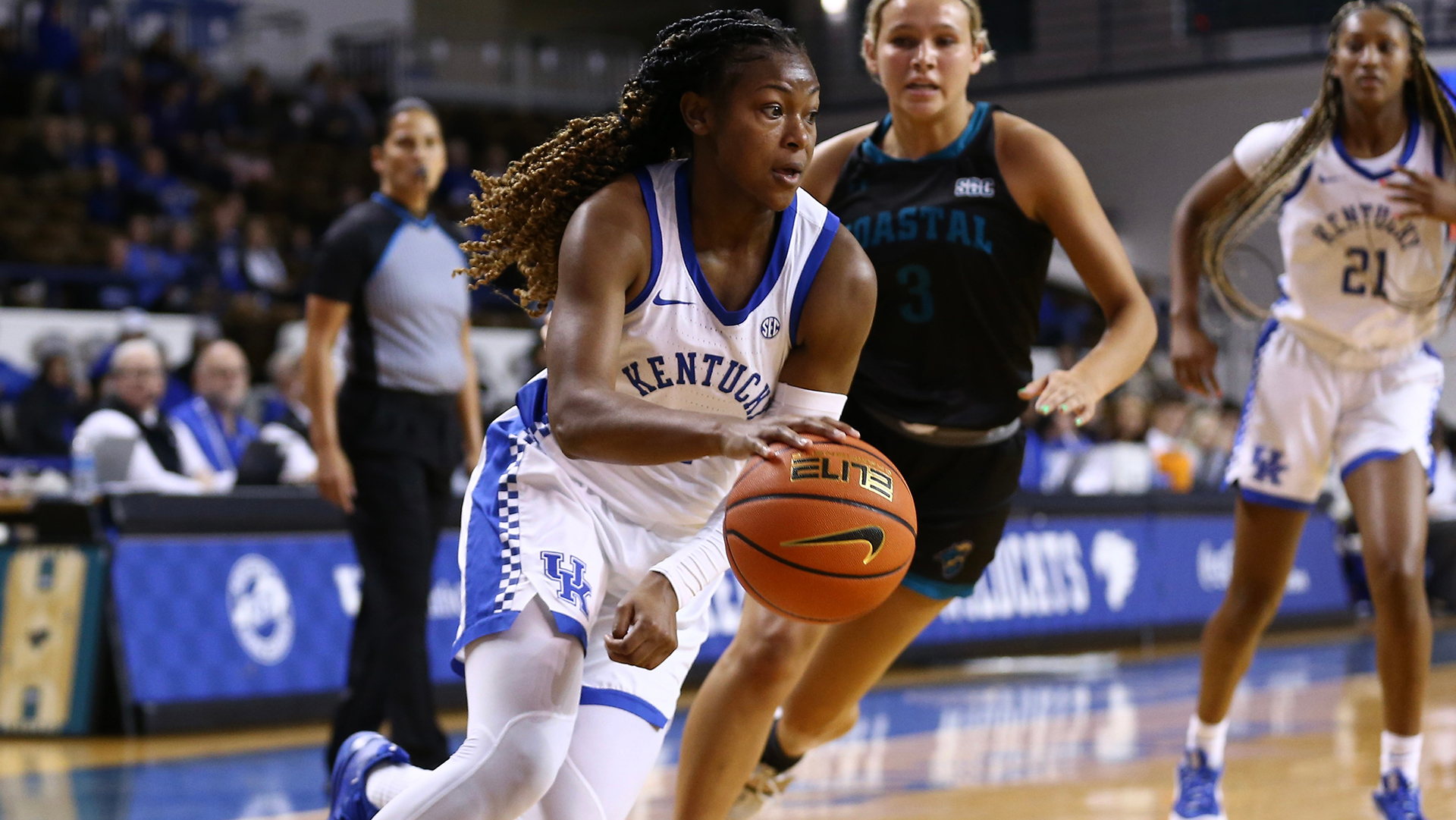 LEXINGTON, Ky. – Jada Walker tied her career high with 21 points and dished out a career-best 10 assists as the Kentucky women’s basketball team thumped Coastal Carolina 79-53 on Sunday at Memorial Coliseum.

The UK defense was stifling all day long, forcing Coastal Carolina into 32 turnovers, which the Cats turned into 27 points. The Cats held the Chanticleers to 17 of 54 (31.5 percent) from the floor, which included just three of 10 (30.0 percent) from behind the arc.

Kentucky scored the first seven points of the game, including a basket and free throw from Robyn Benton. However, Coastal Carolina answered with five straight points to cut the UK lead to two. Kentucky would close the quarter on a 6-0 run to lead 21-11 in a period that featured 20 turnovers between the two teams (11 for CCU, nine for UK).

Coastal Carolina scored the first two points of the third period, but Kentucky answered that with 10 consecutive points to lead 53-25. Kentucky would continue to build the lead, which would be its largest of the period at the end of the quarter, when the Cats led 73-39.

Kentucky continued to stretch the advantage in the fourth quarter. The Cats would lead by as many as 38 points, 77-39, before settling for the 26-point victory.

Kentucky returns to action on Thursday, hosting Bellarmine at Memorial Coliseum. Tipoff is set for 7 p.m. and the game can be seen on SEC Network Plus.