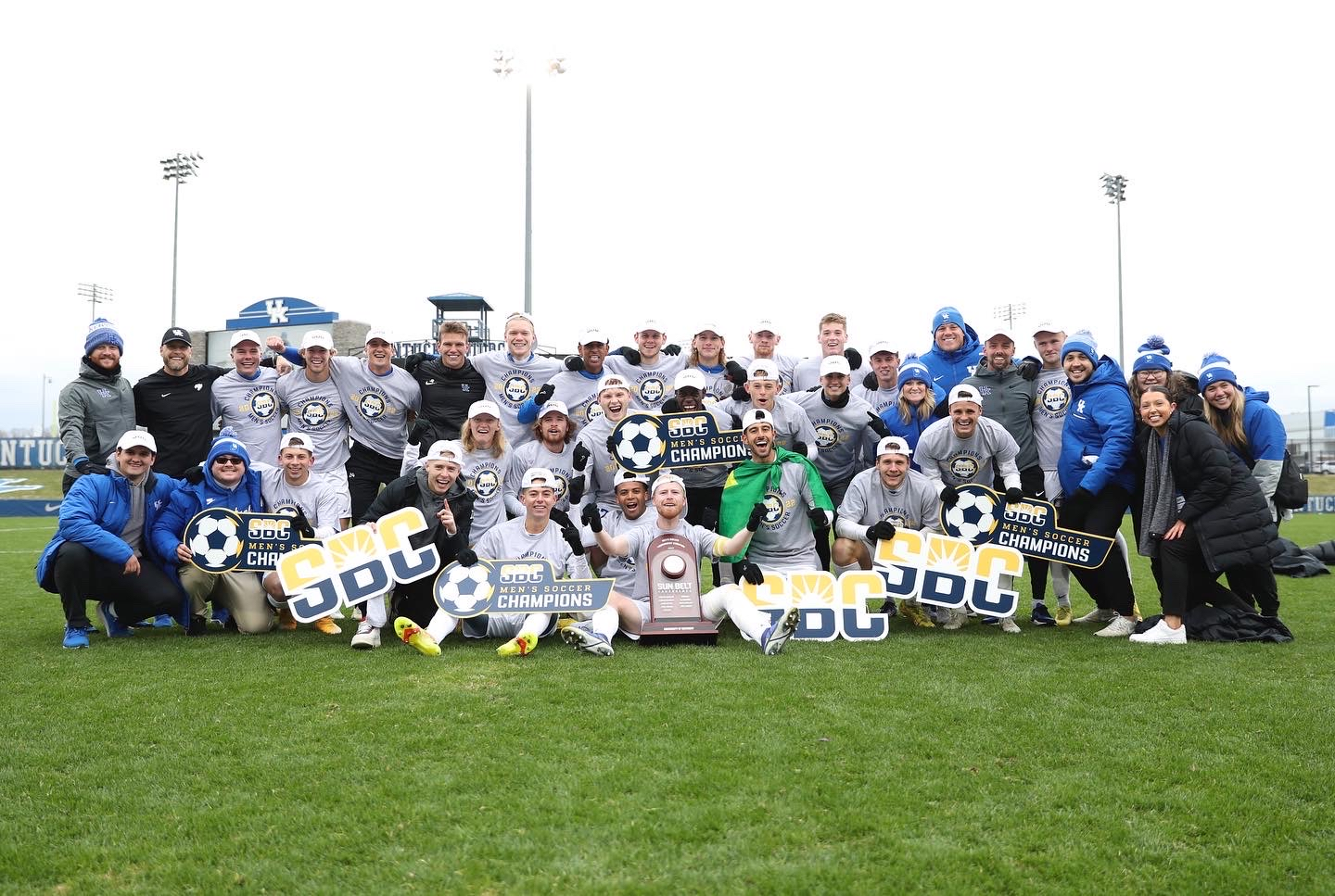 In front of 2,389 members of Big Blue Nation, UK remained the only NCAA Division I men’s soccer program still undefeated in the nation.

The match started off with a goal by team captain Luis Grassow in the first five minutes of regulation. A corner kick by fellow captain Robert Screen was headed out of the goal, but sent to Enzo Mauriz’s left foot. After JMU blocked his shot attempt, Grassow rebounded with a cleared shot straight to the upper left corner of the goal.

Both teams had a multitude of scoring chances in the second half, going back-and-forth with neither team able to find the net. The momentum seemed to switch in the 72nd minute when UK’s Eythor Bjorgolfsson showed great ball control to get past JMU defender Tyler Clegg before Clegg grabbed Bjorgolfsson with both hands, forcing him to the ground for a foul. The official issued a yellow card on Clegg, but reviewed the play and issued a red card on Bjorgolfsson for violent conduct, according to the official.

That red card left the Wildcats playing a man down, but UK did not stop attacking in the offensive zone. After several scoring chances for JMU, the Wildcats found space in the 84th minute when Screen passed the ball to fifth-year senior Danny Evans. Evans crossed the ball with his right to Mauriz who was waiting at the top of the box. The connected right-footed shot sent the ball flying into the net to seal the championship win for the Wildcats.

JMU ended up outshooting UK 14-13, while the Wildcats had a 9-5 edge in shots on goal. JMU had eight fouls to UK’s seven and 10 corner kicks to UK’s four. Kentucky’s Casper Mols had an incredible tournament for the Wildcats in the goal with just one goal allowed and two clean sheets.

Kentucky and JMU met once earlier this season with the Wildcats earning a 3-1 victory in Harrisonburg, Virginia. UK earned goals in the game from Ben Damage, Lucca Rodrigues and Martin Soereide. JMU earned a lone goal from Clay Obara. UK outshot JMU 8-2, including a 5-3 edge in shots on goal.

This was Kentucky’s first Sun Belt Conference Tournament title in its first year in the conference. The Wildcats also won the regular-season title.

Eleven players were named to the 2022 Sun Belt Men’s Soccer All-Tournament Team, including Kentucky’s Clay Holstad – who doubled as the event’s most valuable player, Mols, Bjorgolfsson and Grassow. JMU was represented by Clay Obara, Melker Anshelm and Clegg, while WVU’s Ryan Baer and March Caldeira and Georgia State’s Simon Carlson and Jack Hilton-Jones also made the team.

UK’s championship win earned an automatic bid to the NCAA Tournament. The selection show will take place on Monday at 1 p.m. EST on ncaa.com.