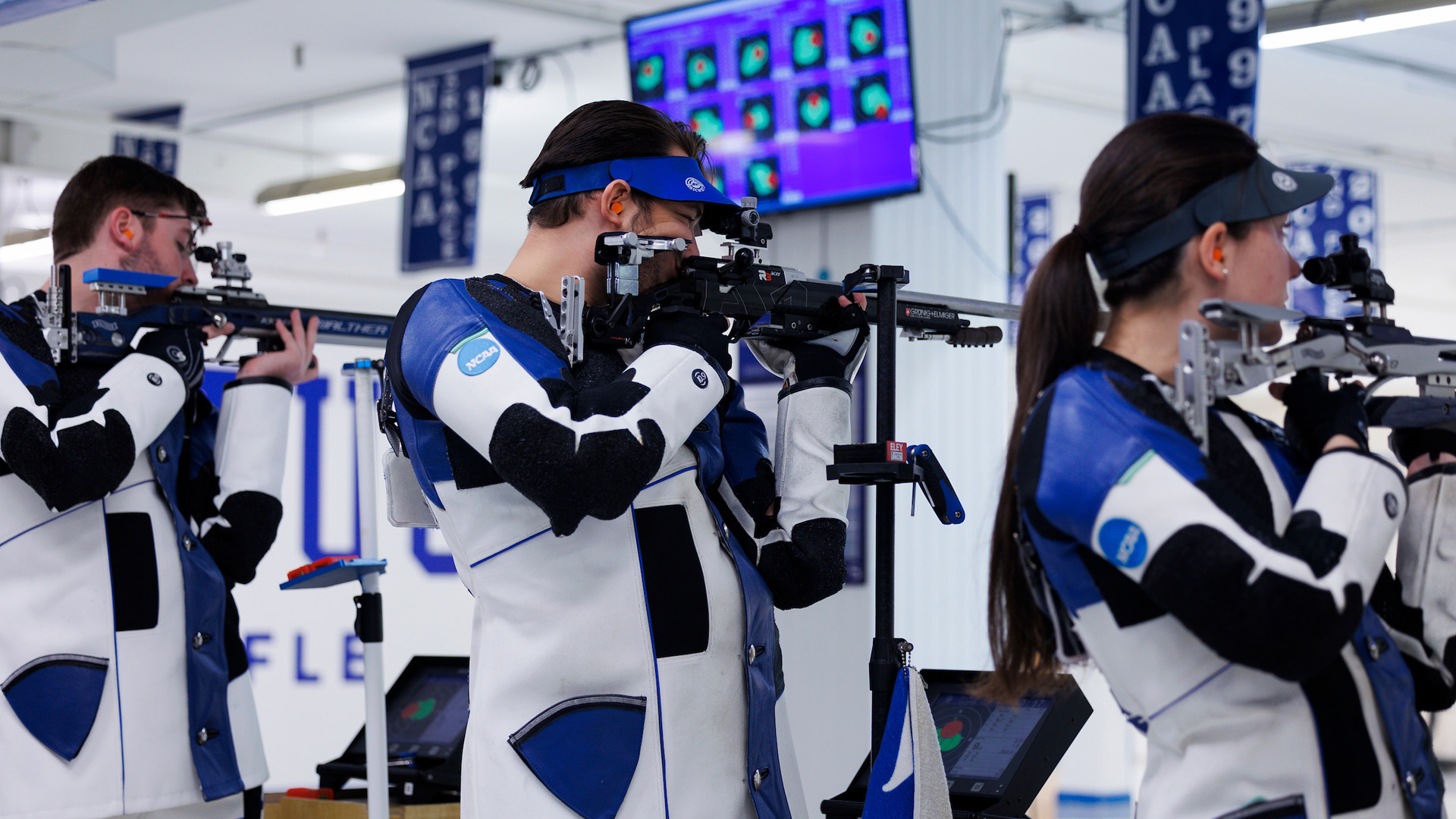 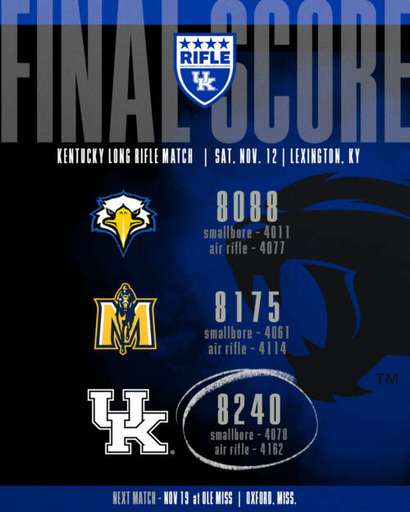 LEXINGTON, Ky. – The University of Kentucky rifle team used the fourth-highest air rifle score in the nation this season to claim victory over Murray State and Morehead State on Saturday at the Kentucky Long Rifle Match inside Barker Hall in Lexington, Ky.

“I liked how the team responded this weekend after not performing up to our standards last weekend,” UK head coach Harry Mullins said. “We are still a work in progress, overall, but I thought we did some good things today. We have a big week ahead of us as we travel to compete on the road against a really, really good Ole Miss squad. I look forward to getting back to work in training this week.”

The Kentucky Long Rifle Match brings together the three NCAA Division I rifle programs from the Commonwealth, as Kentucky is the only state in the country with three collegiate teams. The match utilizes a unique format, aggregating the scores from seven shooters instead of the five designated squad members for smallbore and air rifle commonly used within NCAA competition.

The scores from the five squad designees were still recorded from this match for NCAA qualifying purposes. Using traditional scoring, UK scored a 4733 aggregate, while Murray State had a 4699 and Morehead State a 4660. The 4733 is the second highest score of the season for Kentucky, behind its 4742 put up a few weeks back, which was the second-highest team score in program history. UK’s 2386 air rifle score was its highest of the season and tied the fourth highest score of any team this season in NCAA competition.

The Wildcats will return to dual-match competition next weekend as the travel to face Great America Rifle Conference foe Ole Miss. The match will be Saturday, Nov. 19 in Oxford, Mississippi.