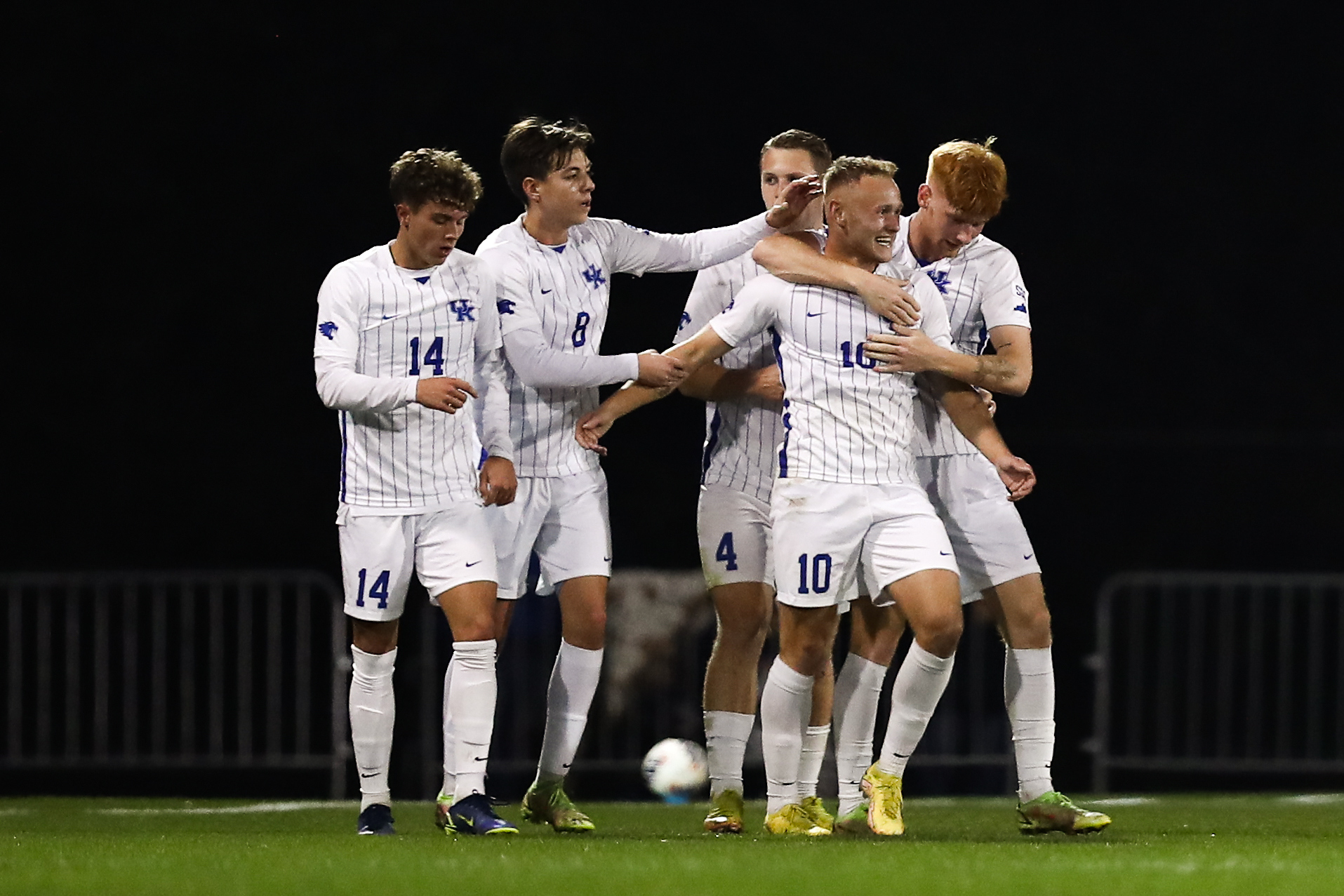 2,093 members of Big Blue Nation cheered the Wildcats to another victory keeping the unbeaten streak alive for the 2022 campaign.

In the regular season, Kentucky played in Morgantown, W.Va. where the Cats and Mountaineers went head-to-head for a tough 3-3 draw.

Sophomore Casper Grening used fancy footwork in the 22nd minute to move around the West Virginia defender to send an unassisted left-footed shot into the net for the first goal of the night. His successful shot earned the Wildcat his ninth goal of the season which places him in second on the team.

Senior Eythor Bjorgolfsson, who leads the team in goals, scored the second goal of the night following a slow start to the second half of the match. In the 81st minute, fellow senior Nick Gutmann passed the ball diagonally to Bjorgolfsson who used his right foot in the box to score. Bjorgolfsson now tallies 10 goals this season for Kentucky.

It didn’t take long for Enzo Mauriz to round out the night with a third goal in the 83rd minute. Also assisted by Gutmann, the junior found his opportunity from a cross that he connected with to fire straight into the net passed the Mountaineer keeper. Big Blue Nation erupted as Kentucky pushed the score up three-nil.

Gutmann’s two assists on the night brought his tally to 16 so far this season. The Hamburg, Germany native currently leads the nation in Total Assists (16) and Assists Per Game (.89).

Kentucky and Washington are the only two NCAA Division I men’s soccer programs still undefeated in the nation.

Kentucky will face seventh-seeded James Madison on Sunday for the Sun Belt Conference Tournament championship match. The final contest will kick off at 1 p.m. EST at The Bell. Tickets are $10 for adults, $5 for youth (non-student ages 3-18) and $5 for senior citizens (65+). Children 2 and under will be admitted free of charge as will all Sun Belt Conference students who show a valid university issued ID. All tickets will be mobile. Fans are encouraged to purchase tickets prior to arriving at the event online. Gates to The Bell Soccer will open at Noon on Sunday.

Kentucky and JMU met once earlier this season with the Wildcats earning at 3-1 victory in Harrisonburg, Virginia. UK earned goals in the game from Ben Damage, Lucca Rodrigues and Martin Soereide. JMU earned a lone goal from Clay Obara. UK outshot JMU 8-2, including a 5-3 edge in shots on goal.