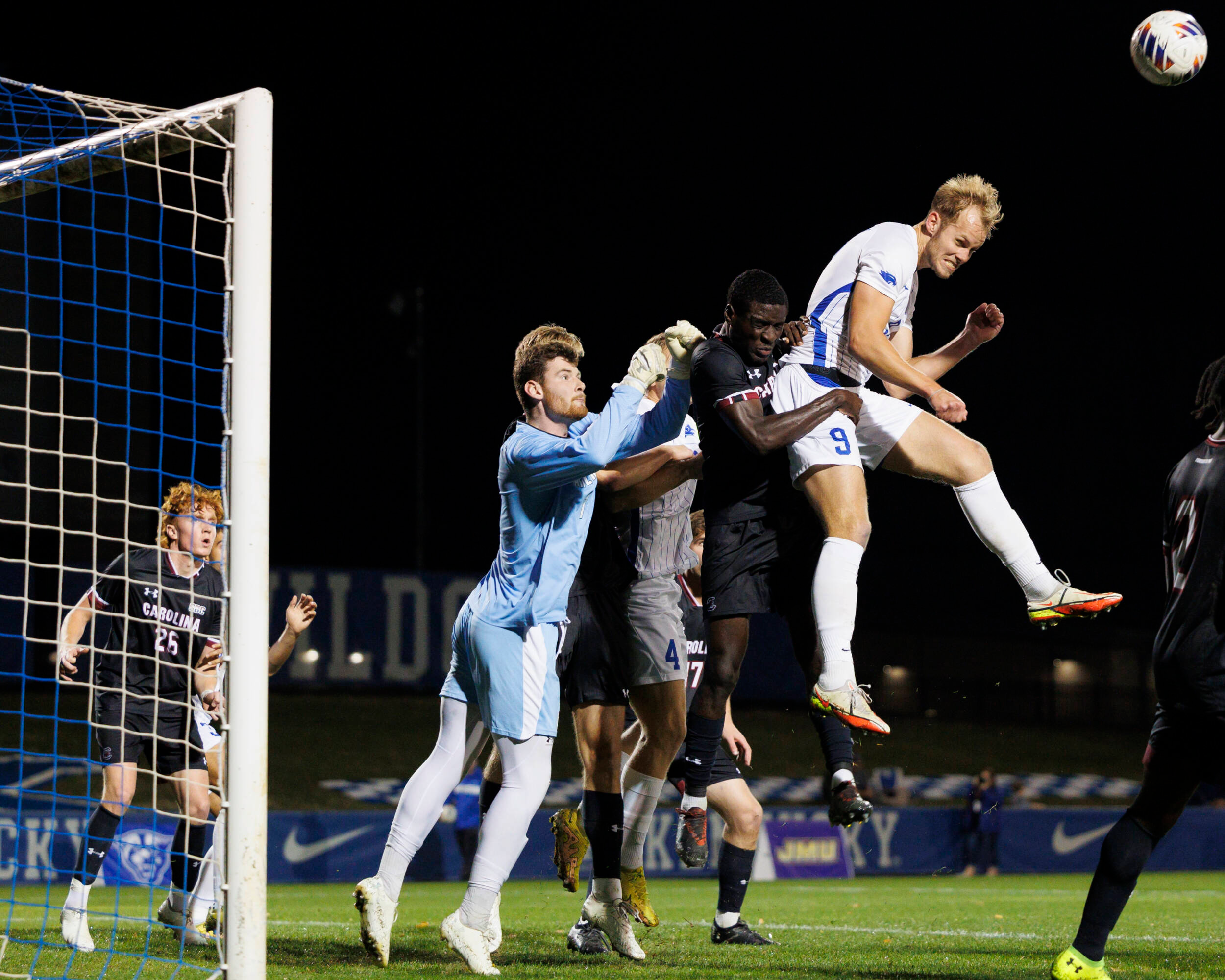 Men’s Soccer Advances to Semifinal Round of Sun Belt Tournament

The Wildcats and Gamecocks recently played each other in the last match of the regular season on Nov. 1 in Columbia, S.C. which resulted in a 3-0 Wildcat win to earn UK the Sun Belt Conference Regular Season title.

Kentucky took time to find its rhythm throughout the first half of the match. South Carolina scored in the 17th minute to go one up on the Cats. UK entered the halftime period scoreless.

However, the Wildcats remained patient and found its opportunity to equalize the match in the 59th minute as Eythor Bjorgolfsson scored his ninth goal of the season. The senior was assisted by Robert Screen and Ben Damge to put the Cats on the scoreboard.

Soon after, Damge put Kentucky on top by one with a score in the 75th minute. His sixth score of the season was made possible thanks to an assist by sophomore Casper Grening. The golden goal sealed the match for the Cats giving UK the chance to advance to the semifinal round on Wednesday.

UK closed out the match with 16 shots fired with nine on goal in the 90 minutes of regulation.

Kentucky is one of three NCAA Division I men’s soccer programs still undefeated in the nation. UK is joined by Washington and Duke on the list. The Wildcats finished the regular season undefeated for the first time in program history last week.

Kentucky (12-0-5) will face fourth-seeded West Virginia on Wednesday for a spot in the championship game. The semifinal contest will kick off at 7 p.m. EST at The Bell. Tickets are $10 for adults, $5 for youth (non-student ages 3-18) and $5 for senior citizens (65+). Children 2 and under will be admitted free of charge as will all Sun Belt Conference students who show a valid university issued ID. All tickets will be mobile. Fans are encouraged to purchase tickets prior to arriving at the event online.  Gates to the Bell Soccer Complex will open at 6 p.m. ET on Wednesday.

West Virginia and Kentucky met once this season with the teams fighting for a 3-3 draw in Morgantown.