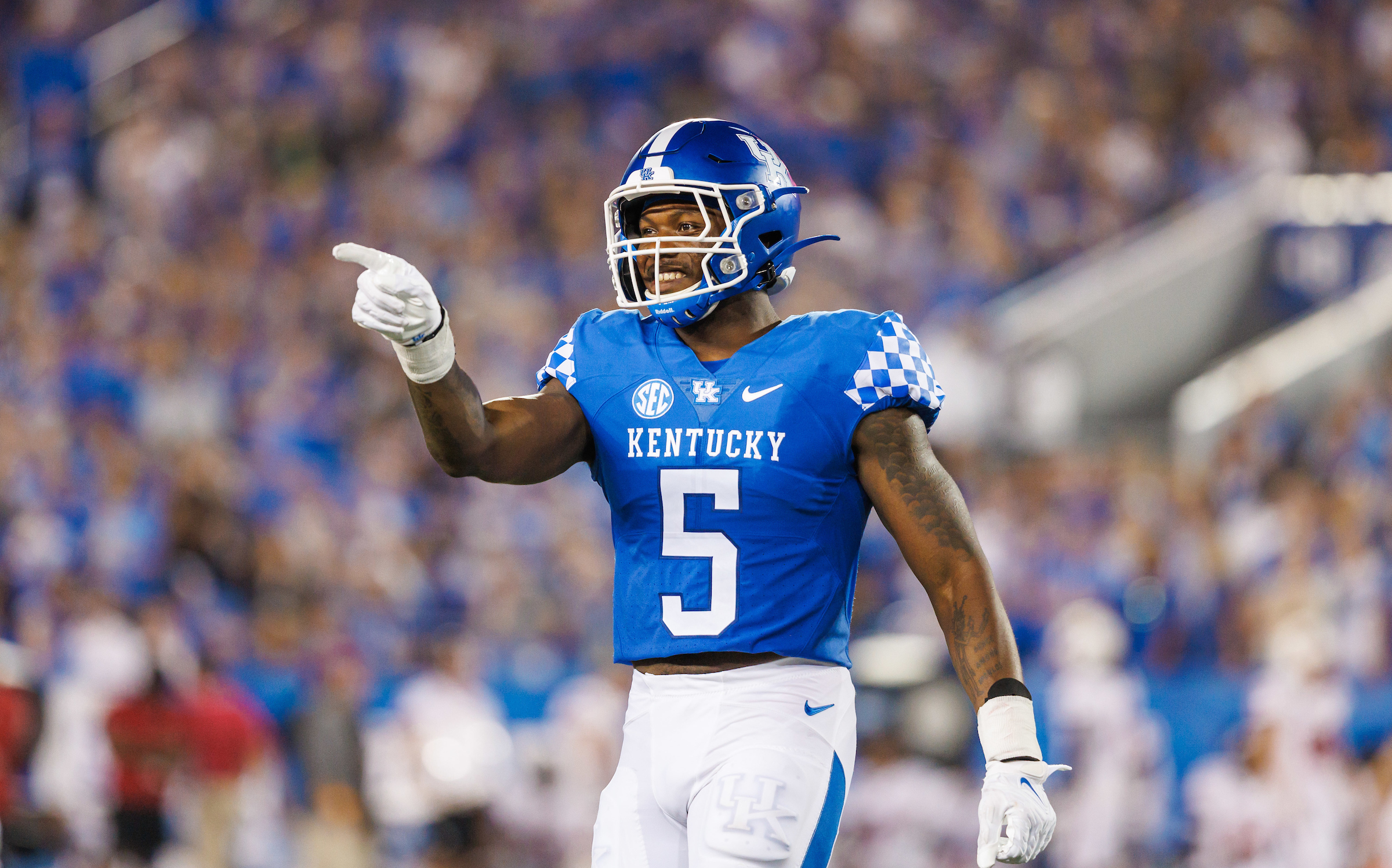 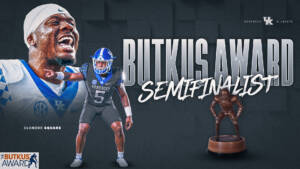 The Butkus Foundation announced Tuesday that senior inside linebacker DeAndre Square has been named a semifinalist for the Butkus Award, given to the nation’s top linebacker since 1985.

The award is associated with the legendary Dick Butkus, who was recognized by NFL Films as the best defensive player in football history. The Butkus Award is focused on recognizing linebackers who consistently play off the ball on their feet in a two-point stance in traditional form.

Square, a 6-foot-1, 221-pound native of Detroit, is in his fifth and final season with the Wildcats, having played in 57 career games with 43 straight starting assignments. He started the season opener against Miami (Ohio) on Sept. 3, marking his fourth straight start in a season opener. He became the first Wildcat to do so since tight end C.J. Conrad in 2015-18. He became the first defensive Wildcat to do so since cornerback Trevard Lindley in 2006-09. He’s also been voted a team captain three straight seasons (2020, 2021, 2022), joining Joshua Paschal as the only three-time captains in school history.

Square currently leads the Wildcats (5-3, 2-3 in the Southeastern Conference) in tackles with 55, which is 18 more than anyone else on the team.

He needs just one stop to become just the 20th member of UK’s 300-tackle club. He also has 3.0 tackles for loss, 1.0 sack, three pass breakups, two quarterback hurries and an interception this season.

Square was named SEC co-Defensive Player of the Week for his efforts in Kentucky’s triumph over then-No. 16/17 Mississippi State on Oct. 15. Square sealed the win over the Bulldogs with an interception with 4:01 remaining in the game. It was the third interception of his career, and the first of the season. He also tallied 11 tackles and 0.5 tackles for loss. It was the second game-clinching interception he recorded in an eight-game stretch, dating to its VRBO Citrus Bowl win over Iowa on Jan. 1, 2022.

Off the field, Square is on track to graduate in December with a degree in health promotion.  The winner of the award will be named on or before Dec. 7 after finalists are named on Nov. 21 by the award committee.

The 2022 Butkus Award winners will be honored at a televised event on Jan. 21, 2023, at the Agua Caliente Resort Casino Spa in Rancho Mirage, Calif. The event will again feature namesake Dick Butkus and numerous noted NFL Alumni. Ticket and sponsorship information is available by contacting the Butkus Foundation.

Founded in 1985, the Butkus Award honors linebackers at three levels while supporting causes important to the Butkus family. Causes include Butkus Takes Heart™ initiative encouraging early cardiovascular screening among adults, and the I Play Clean® initiative encouraging athletes to train naturally without performance-enhancing drugs. A 51-member expert panel of coaches, scouts and journalists guides the selection process. The Butkus Foundation has presented the high school and professional awards since 2008. The collegiate award is now in its 38th season.

Kentucky will face Missouri in Columbia, Missouri, Saturday, Nov. 5 for a noon ET kickoff on SEC Network, as UK aims to become bowl eligible for the seventh consecutive season.