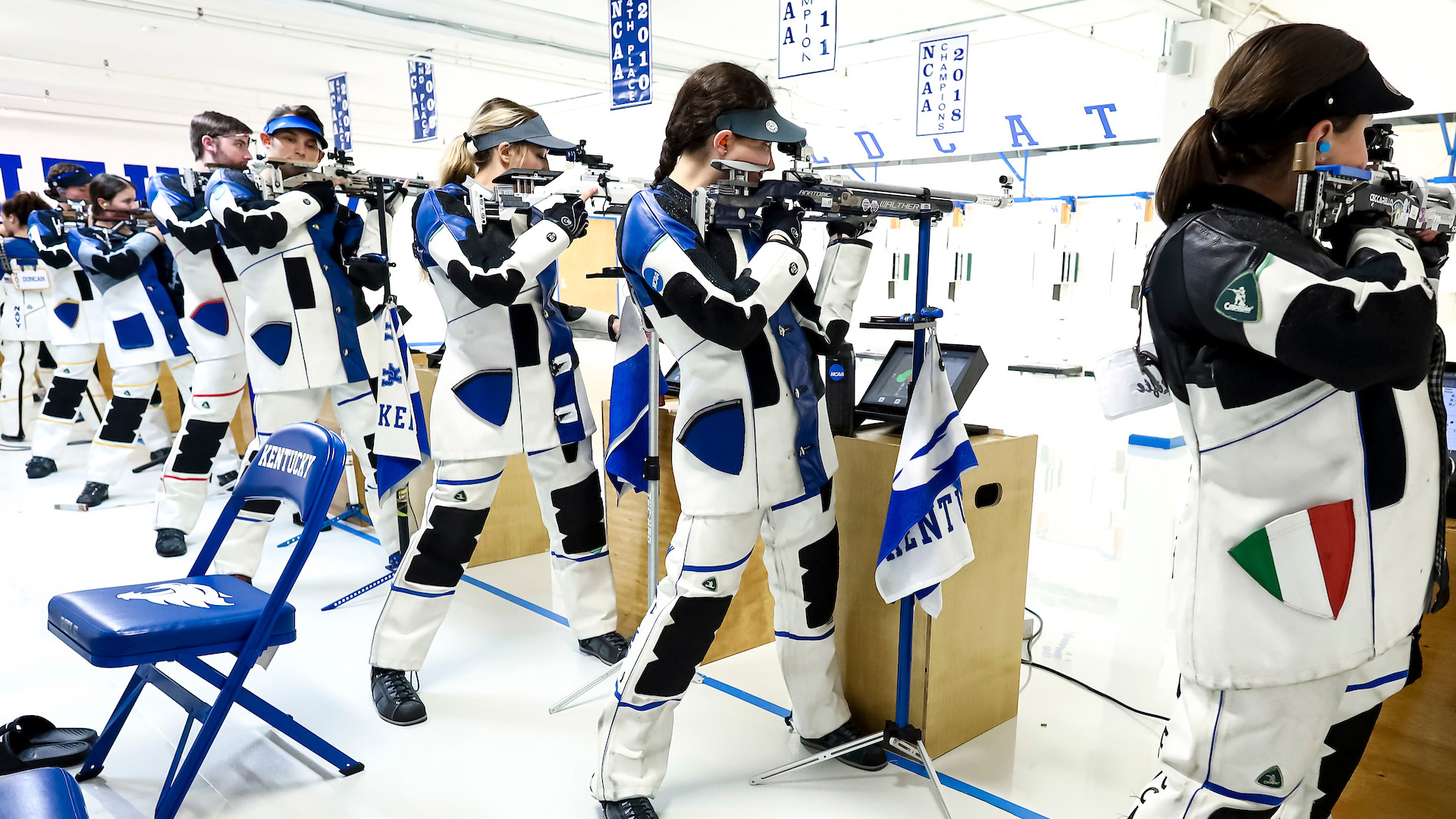 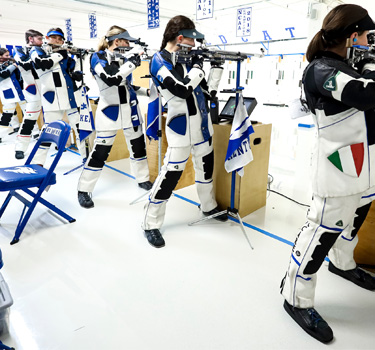 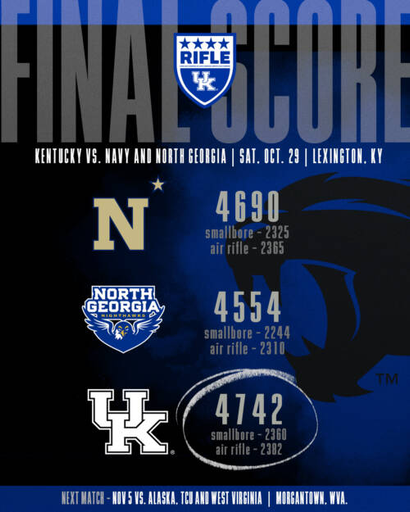 LEXINGTON, Ky. – The University of Kentucky rifle team put together its best performance of the season, scoring a school-record tying team score in smallbore to earn a victory over Navy and North Georgia on Saturday.

Kentucky earned a school-record tying 2360 in smallbore and 2382 in air rifle for a 4742 team aggregate total. The aggregate score is the second-highest score in program history. Both totals were season highs for the Wildcats. The smallbore team score was the fifth-best in the nation this season as UK is one of only three teams to score 2360 or higher in the discipline, joining Alaska and TCU.

“I really like what I saw overall today,” UK head coach Harry Mullins said. “The first relay really performed well and set the tone in both disciplines. Will had a great day and so did Mitchell, Sophia and Richard. I am happy that we are starting to see some of the things that we are working on everyday transition into competition. We will get back to work this week before a really challenging match next weekend in Morgantown.”

Kentucky will return to action next weekend at the WVU Fall Classic, competing against West Virginia, TCU and Alaska-Fairbanks. The competition will run both Saturday, Nov. 5 and Sunday, Nov. 6 starting at 10 a.m. ET each day. Live targets and a NCAA scorecard will be made available online at UKathletics.com.