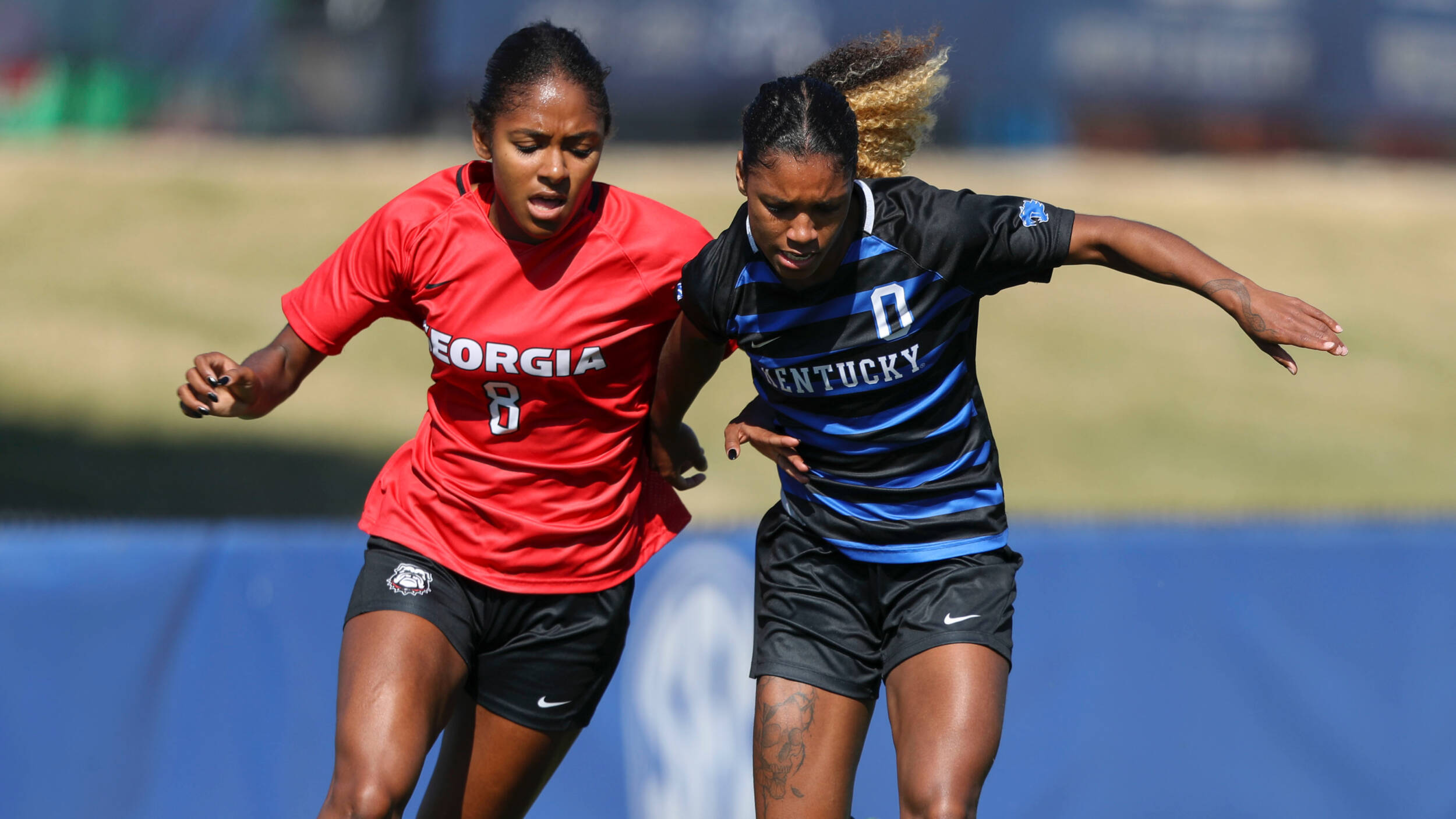 More than 600 fans were in the stands on a beautiful fall afternoon in Lexington to watch the Wildcats in their final home tilt of the year.

Madison Haugen put Georgia ahead early, intercepting a pass near midfield and taking the ball into the 18-yard box before finishing with her left foot just 1:24 into action.

Georgia’s Joyelle Washington got behind the Kentucky defense in the 39th minute, but an alert Miller charged forward and pounced on the ball before the sophomore could muster an attempt on goal. Miller was shaken up on the play, however, and was forced to exit the match in favor of Steph Stull.

Stull was thrust right into action, and made a prompt save on the Bulldogs’ Tori Penn in the 43rd minute, shoving the attempt over the crossbar with one hand to keep the score, 1-0, heading to the half.

UK came out of the intermission pushing for an equalizer, and had an opportunity in the 48th minute off an offensive zone throw-in. Graduate transfer, Taylor Hattori played a nice ball into the center of the pitch, where Rhodes made a sliding attempt to direct a shot on frame.

Georgia doubled its lead in the 63rd minute on a PK from midfielder, Abby Boyan, who snuck her shot past a diving Stull into the right side of the goal. Less than two minutes later, the Bulldogs made it 3-0 when sophomore Rebecca Womer buried her second of the season off assists from Mallie McKenzie and Boyan.

Kentucky finishes the year with a 6-4-1 mark at home. The Cats will head to Arkansas for the team’s last match of the season this Thursday, Oct. 27. Play will kick off at 7:30 p.m. and can be streamed live on SECN+.