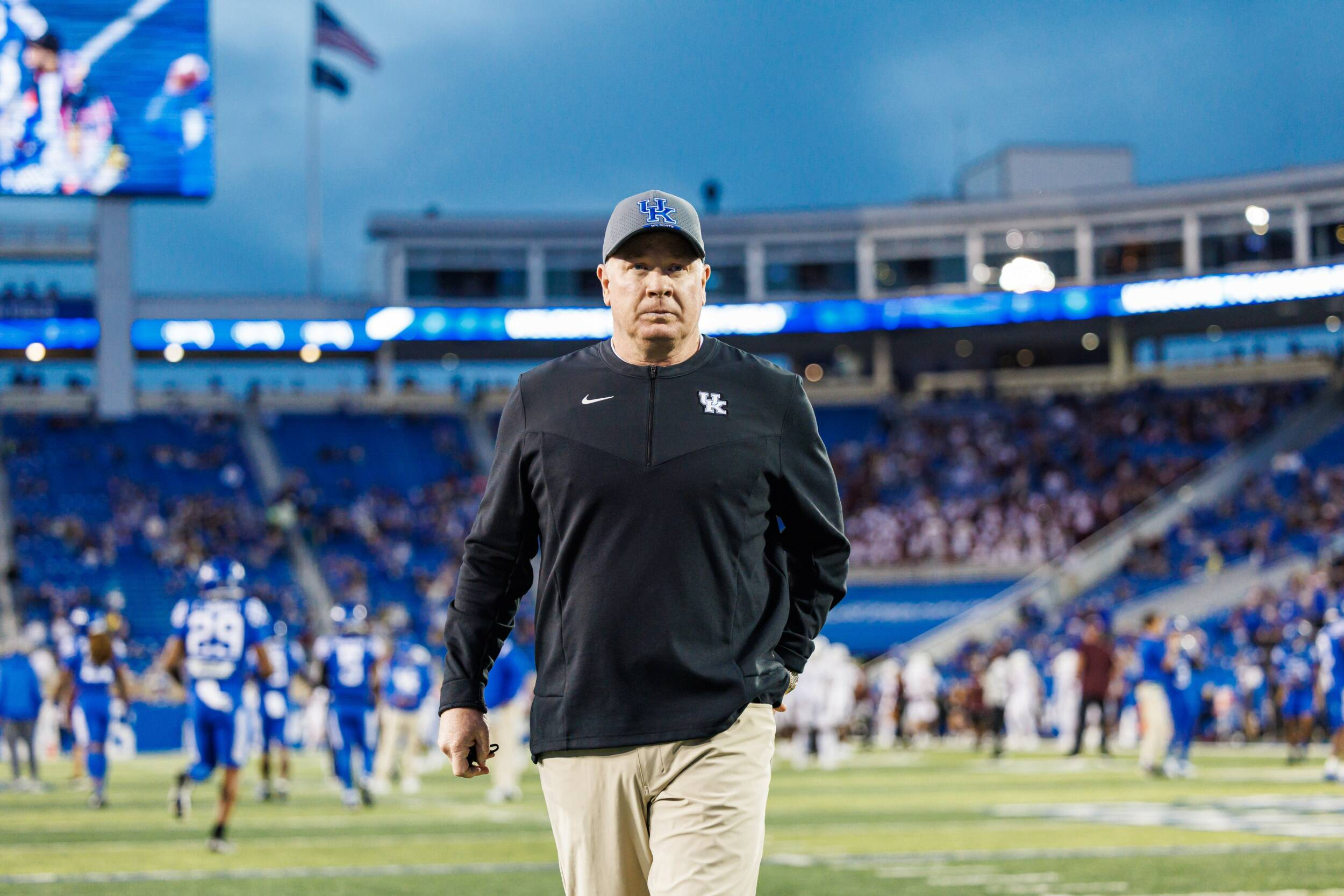 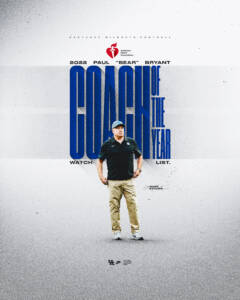 For the second straight season, Kentucky head football coach Mark Stoops is on the watch list for the American Heart Association’s 2022 Paul “Bear” Bryant Coach of the Year Award. He is one of 25 coaches up for the award, given each January to a college football coach for contributions that make the sport better for athletes and fans alike by demonstrating grit, integrity and a winning approach to coaching and life – both on and off the field.

The American Heart Association, the leading voluntary health organization devoted to a world of longer, healthier lives for all, and the Bryant family present this award annually to celebrate Bear Bryant’s legacy and raise awareness and critical funds for scientific research to eliminate needless suffering and death from cardiovascular disease and stroke, the leading causes of death globally. The football coaching legend died from a heart attack in 1983.

In September of 2022, Stoops became UK’s all-time winningest coach when the Wildcats upset then-ranked No. 12/19 Florida in The Swamp, 26-16, giving him 61 total wins. It was none other than this award’s namesake that Stoops surpassed for the honor, Paul “Bear” Bryant, who went 60-23 as UK’s head coach from 1946-53.

UK is now 5-2 overall record, including 2-2 in Southeastern Conference play, after upsetting No. 16/17 Mississippi State at home on Saturday for its second win over a ranked team this season. The Wildcats currently sit at No. 19 in the Associated Press poll and No. 18 in the AFCA Coaches’ poll. UK was ranked in the top 10 (7th in the AP poll) for three straight weeks in September, for the first time since 1977.

In September, Stoops was named Honorary Coach of the AFCA Good Works Team, in recognition of the millions of dollars he has helped raise and other service events he has done for the Kentucky Children’s Hospital. He is also on the midseason watch list for the Dodd Trophy.

After a much-needed bye week, UK will resume play Saturday, Oct. 29 in a border battle against No. 3/4 Tennessee in Neyland Stadium at 7 p.m. EDT on ESPN.

Now in its 37th year, the Coach of the Year award winner will be announced live from Houston’s Post Oak Hotel on Wednesday, January 11, 2023, during an awards ceremony presented by Marathon Oil. The watch list, finalists and Coach of the Year recipient are voted on by the National Sports Media Association, the Bryant Awards’ Executive Leadership Team and the Bryant Family.

Fans can follow the action at facebook.com/bryantawards, twitter.com/bryantawards or the hashtag #BryantAwards. For more information on the awards, sponsorship opportunities, or to attend the 2023 Bryant Awards, contact or visit bryantawards.org.