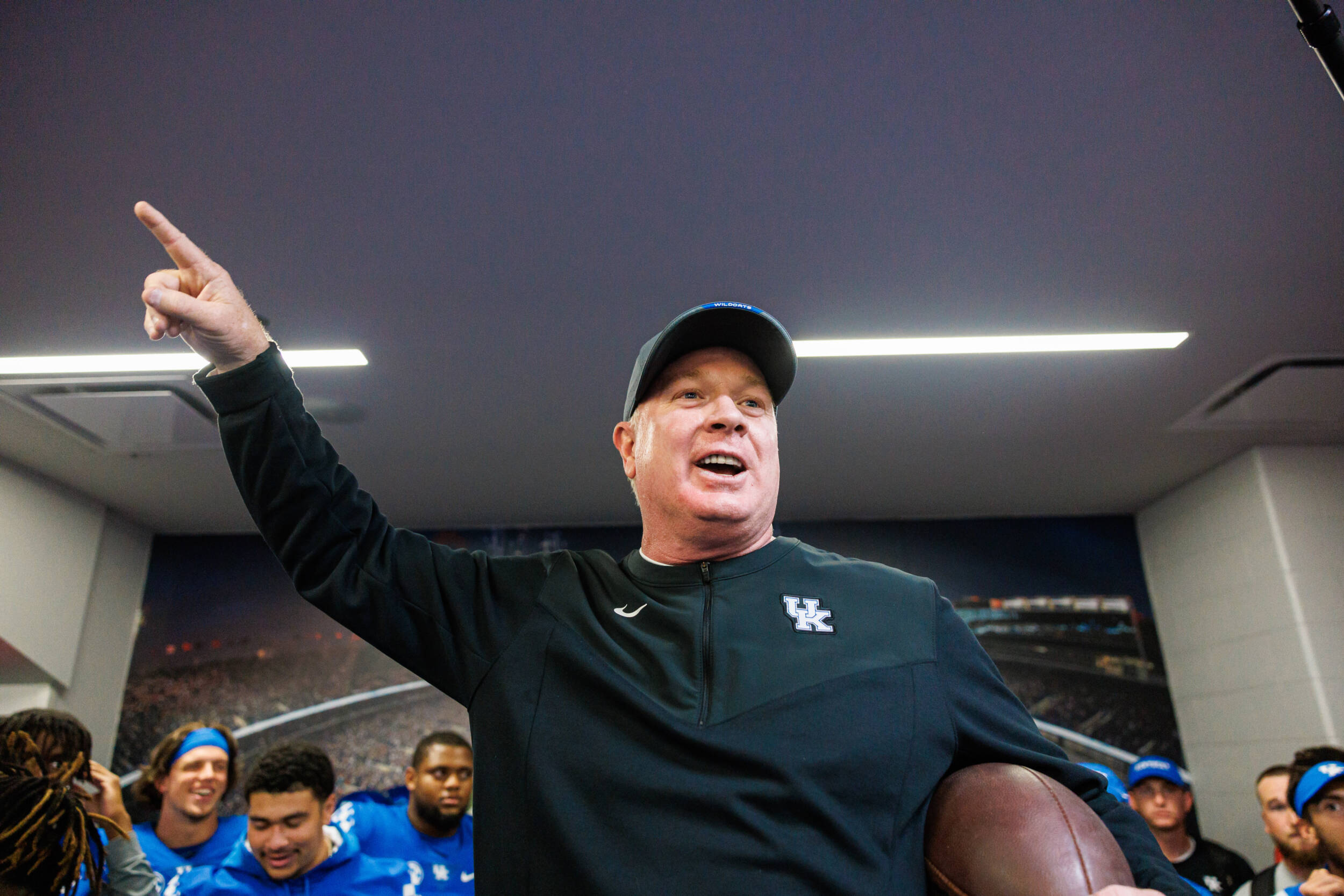 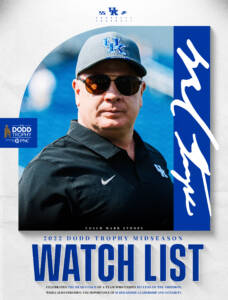 Kentucky head football coach Mark Stoops is one of 20 of the nation’s top college football coaches named to the 2022 Dodd Trophy Midseason Watch List it was announced Wednesday by the Bobby Dodd Coach of the Year Foundation and Peach Bowl, Inc.

Managed by Peach Bowl, Inc., The Dodd Trophy, college football’s most coveted national coaching award, celebrates the head coach of a team who enjoys success on the gridiron, while also stressing the importance of scholarship, leadership and integrity – the three pillars of legendary coach Bobby Dodd’s coaching philosophy. Bobby Dodd is one of only four honorees to be inducted into the College Football Hall of Fame as both a coach and a player.

Stoops, who became UK’s all-time winningest coach in September, has led his team to a 5-2 overall record, including a 2-2 mark in SEC play, so far this season with notable wins at The Swamp against No. 12/19 Florida and vs. No. 16/17 Mississippi State at home last week. The Wildcats are currently ranked No. 19 in the Associated Press poll and No. 18 in the AFCA Coaches’ Poll. UK was ranked in the top 10 (7th in the AP poll) for three straight weeks in September, for the first time since 1977.

Stoops also has been named Honorary Coach of the AFCA Good Works Team, in recognition of the millions of dollars he has helped raise and other service events he has done for the Kentucky Children’s Hospital.

After a much-needed bye week, UK will resume play Saturday, Oct. 29 in a border battle against No. 3/4 Tennessee in Neyland Stadium at 7 p.m. EDT on ESPN.

The midseason watch list was created through a selection process by the Bobby Dodd Coach of the Year Foundation and Peach Bowl, Inc., taking into consideration each program’s current performance during the 2022 season, Academic Progress Rate (APR), Graduation Success Rate (GSR) and each coach’s commitment to service and charity in the community.

A panel consisting of previous winners, national media, a member of the Dodd family and a College Football Hall of Fame member will identify the final list of potential recipients at the conclusion of the 2022 season. The winner of the 2022 Dodd Trophy will then be announced in Atlanta during the week of the College Football Playoff Semifinal at the Chick-fil-A Peach Bowl.