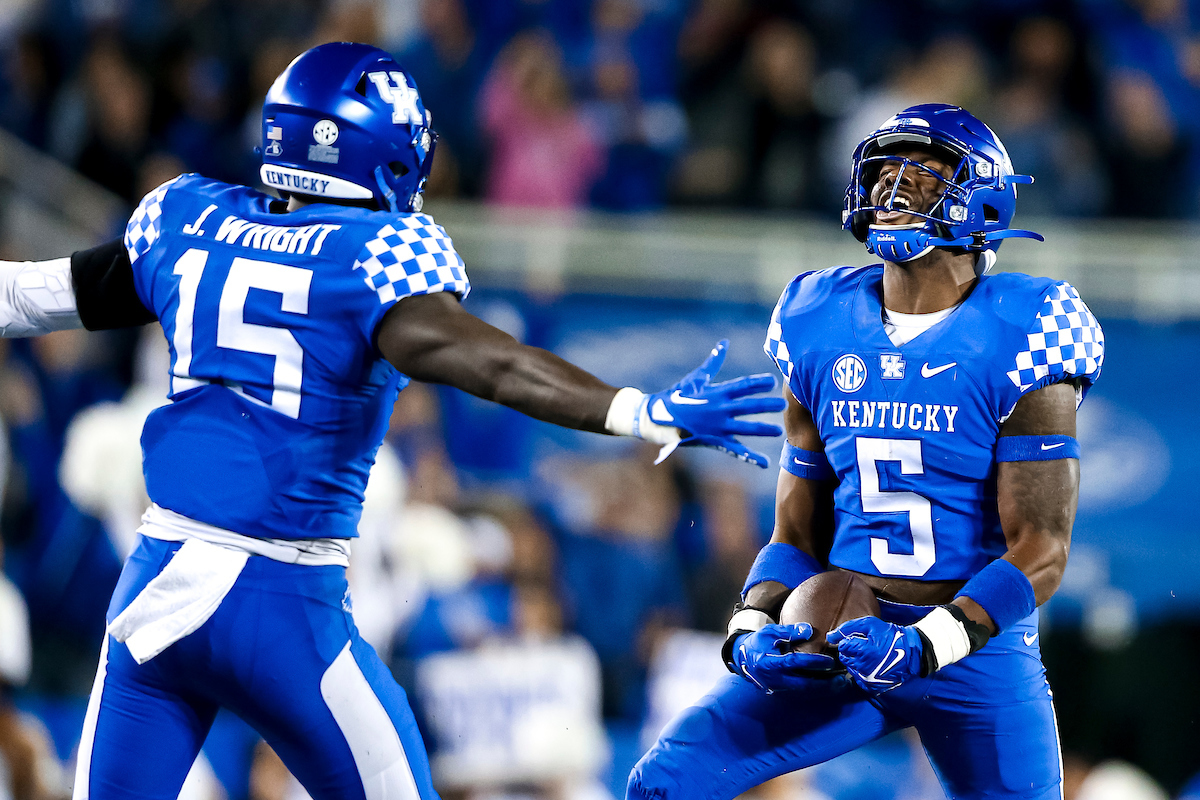 Senior linebacker DeAndre Square was named Southeastern Conference co-Defensive Player of the Week for his efforts in No. 22 Kentucky’s 27-17 victory over No. 16 Mississippi State last Saturday, the league announced Monday.

Square sealed the win over Mississippi State with an interception with 4:01 remaining. It was the third interception of his career, and the first of the season. He also tallied 11 tackles and 0.5 tackles for loss. It was the second game-clinching interception he has recorded in Kentucky’s past eight games, dating to its VRBO Citrus Bowl win over Iowa on Jan. 1, 2022.

Square, a 6-foot-1, 221-pound Butkus Award candidate from Detroit, is in his fifth and final season with the Wildcats having played in 56 career games with 42 straight starting assignments. He is on the verge of joining the career 300-Tackle Club, needing just four more to accomplish the feat. He’s been voted a team captain three straight seasons (2020-22) and is on track to graduate in December with a degree in health promotion.

The 19th-ranked Wildcats will enjoy a much-needed bye week before traveling to No. 3 Tennessee Saturday, Oct. 29. Game time will be announced later today.