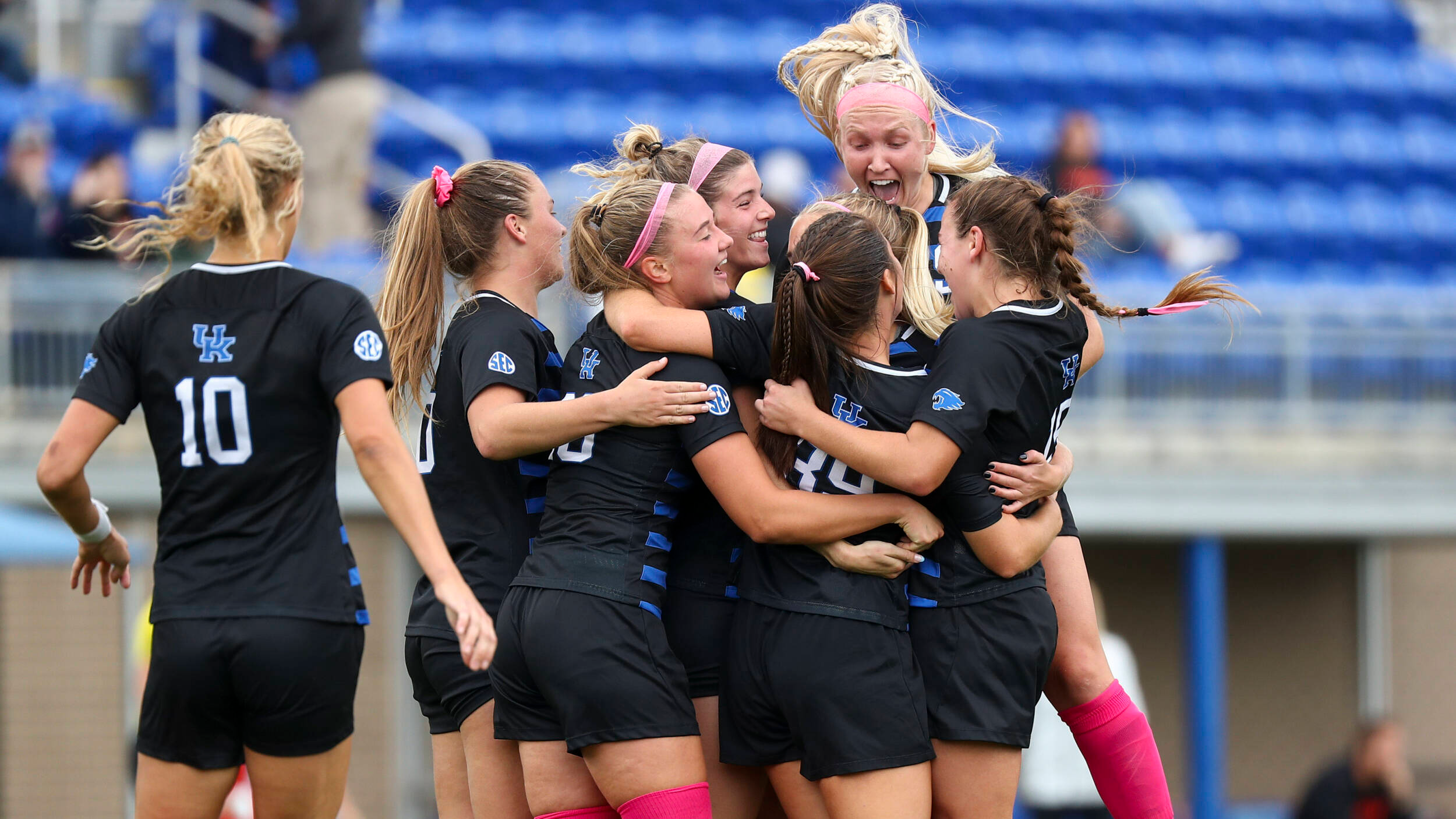 LEXINGTON, Ky. – A robust second half effort allowed Kentucky women’s soccer (7-7-1, 0-6-1 SEC) to notch its first result in conference play, as the Wildcats played to a 1-1 draw against the Florida Gators (2-11-1, 0-6-1 SEC) on Sunday afternoon at the Wendell and Vickie Bell Soccer Complex.

UK secured its first point in the SEC under first-year head coach Troy Fabiano, courtesy of an 80th minute equalizer by freshman Madison Jones, who was making her first collegiate start in the contest.

After more than a half hour of scoreless soccer, the Gators struck in the 34th minute on a goal by junior midfielder, Delaney Tauzel. The breakthrough came as the result of a set piece on the left flank from Julianne Leskauskas, whose curling ball was finished by Tauzel after Wildcat goalkeeper Tallulah Miller collided with a Gator attacker.

Florida would carry that 1-0 advantage to the locker rooms, owning a 5-2 edge in shots at the break.

Despite the presence of some light rainfall, UK seemed to find its footing in the second half, upping the tempo and moving into the attacking third at considerable frequency.

Hannah Richardson was at the center of the Cats invigorated attack, first testing the Gators’ goalkeeper with a floated cross in the 53rd minute that glanced off the hands of Alexa Goldberg and fell out of bounds.

Richardson had the ball at her feet yet again in the 61st minute, dribbling from the Kentucky defensive end, around a Florida defender, all the way to 18-yard line before slipping on the slick turf while trying to cut back to her left foot.

Then, in the 70th minute, the senior forward again came close to paydirt when Jordyn Rhodes took the ball from the Florida defense and lofted a pass over top of the Gators for a Richardson shot which hit the crossbar after Goldberg got a hand to it.

Reserve Maddie Eastman came off the bench and played a dangerous ball into the middle in the 80th minute. An aggressive Goldberg was unable to corral the cross, which popped loose with the Florida netminder still sprawled on the ground, creating some anxious moments for the Gators before the zone was cleared.

The relentless UK attack finally capitalized in the 80th minute, paying off its dogged effort on a match-tying goal by Jones. A cross from Rafferty Kugler was headed twice – once by Rhodes and then again by Emile Rhode, before it found the left foot of Jones for a bouncing shot into the bottom right corner. The assist was the first of Rhode’s career, while Jones scored for the second time this season.

Neither side managed a shot on target following the goal, although Kentucky had one final chance on a free-kick from 25 yards out which sailed high with just 10 seconds to play.

Shots on goal finished in favor of UK, 10-6. Eight of the Wildcats’ 10 shots came in the second half.

Next up, the Cats head to Missouri to take on the Tigers on Thursday, Oct. 20 at 7 p.m. The match will be broadcast live on SEC Network.