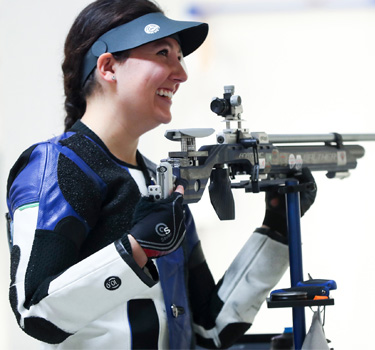 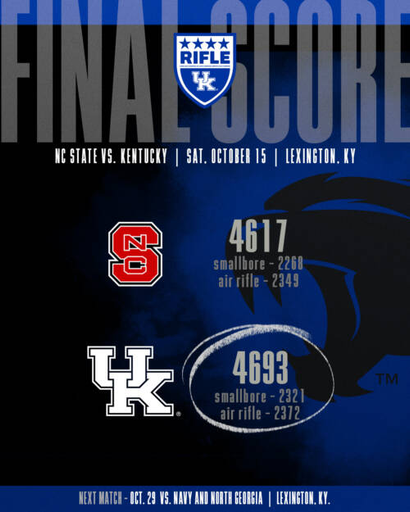 “Overall, we saw some good things. I think we are learning more and more every week and I see us putting it all together soon if we keep working hard,” UK head coach Harry Mullins said. “Proud of Kayla for her career high in air rifle, that was great to see. I like that we have two weeks now to get ready for our next match, it will teach us a lot. I am excited to see what we can do moving forward.”

Kentucky was competing Saturday without fifth-year senior Will Shaner and freshman Sofia Ceccarello, which were UK’s top performers in its season opener at Akron. Shaner and Ceccarello are representing their home countries in the 2022 ISSF World Championships this week in Cairo, Egypt.

Kentucky will be off next weekend before returning on Saturday, Oct. 29 by hosting Navy and North Georgia inside Barker Hall. Sights and prep will start at 8 a.m. ET with multiple relays throughout the day.