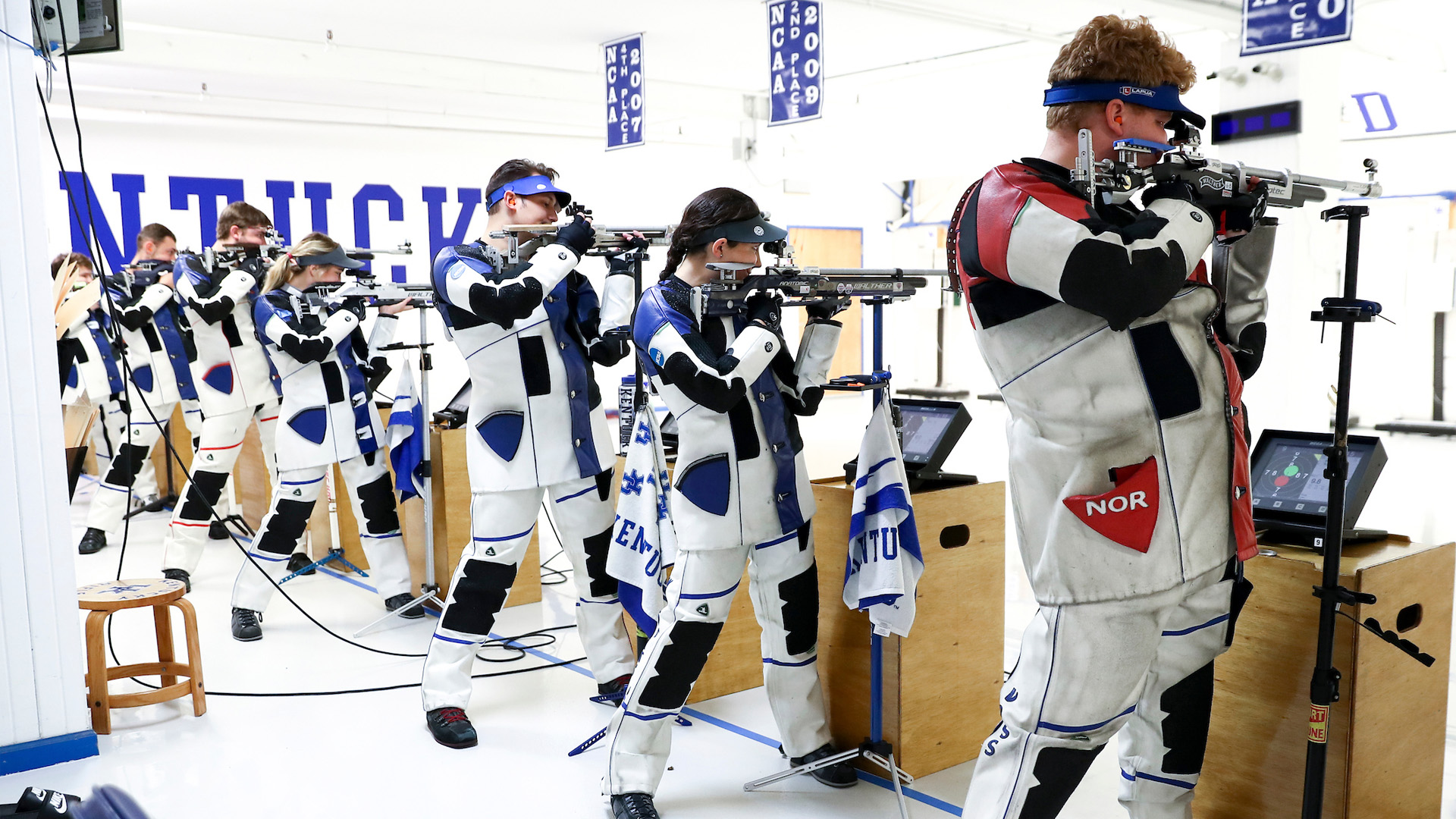 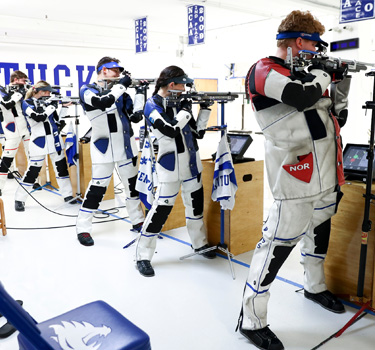 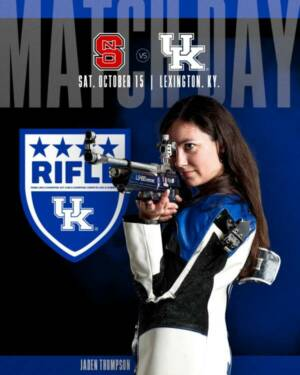 LEXINGTON, Ky. – The No. 5 University of Kentucky rifle team is looking to build off its season-opening win last weekend as it opens the home portion of its schedule Saturday vs. North Carolina State inside Barker Hall.

Saturday’s competition will feature two relays with the first getting underway at 8 a.m. ET with sights and prep. Spectators are invited to watch smallbore scores up in Barker Hall and enjoy free breakfast starting at 8 a.m. ET. The range will be open to spectators for air rifle. Admission is free.

“We are excited to get home and compete back in front of Big Blue Nation,” UK head coach Harry Mullins said. “We had a good week of practice working on the details and getting better each day. Our team is a work in progress right now, but we are good team and have all the pieces to be successful. What I like is how they are responding to the coaching we are giving them, and I can see some confidence growing. Looking forward to being in the range with them again this weekend.”

Kentucky started its 2022-23 season last weekend in Akron, defeating the Zipps 4705-4681 in its Great America Rifle Conference lid lifter. Freshman Sofia Ceccarello and super senior Will Shaner led the Wildcats at the match. Ceccarello scored the highest aggregate total of any competitor after a 583 in smallbore and 599 in air rifle. Shaner was just behind her with a 1178 aggregate, earning 584 in smallbore and 594 in air rifle. Both Ceccarello and Shaner will not participate in this weekend’s match against NC State as they both are representing their home countries at the ISSF World Championships in Egypt.

This will be NC State’s first match of the season. The Wolfpack closed out the 2021-22 season with a No. 15 final ranking in the Collegiate Rifle Coaches Association Top 20. Their top finish of the year with a team aggregate of 4675 against Alaska-Fairbanks.