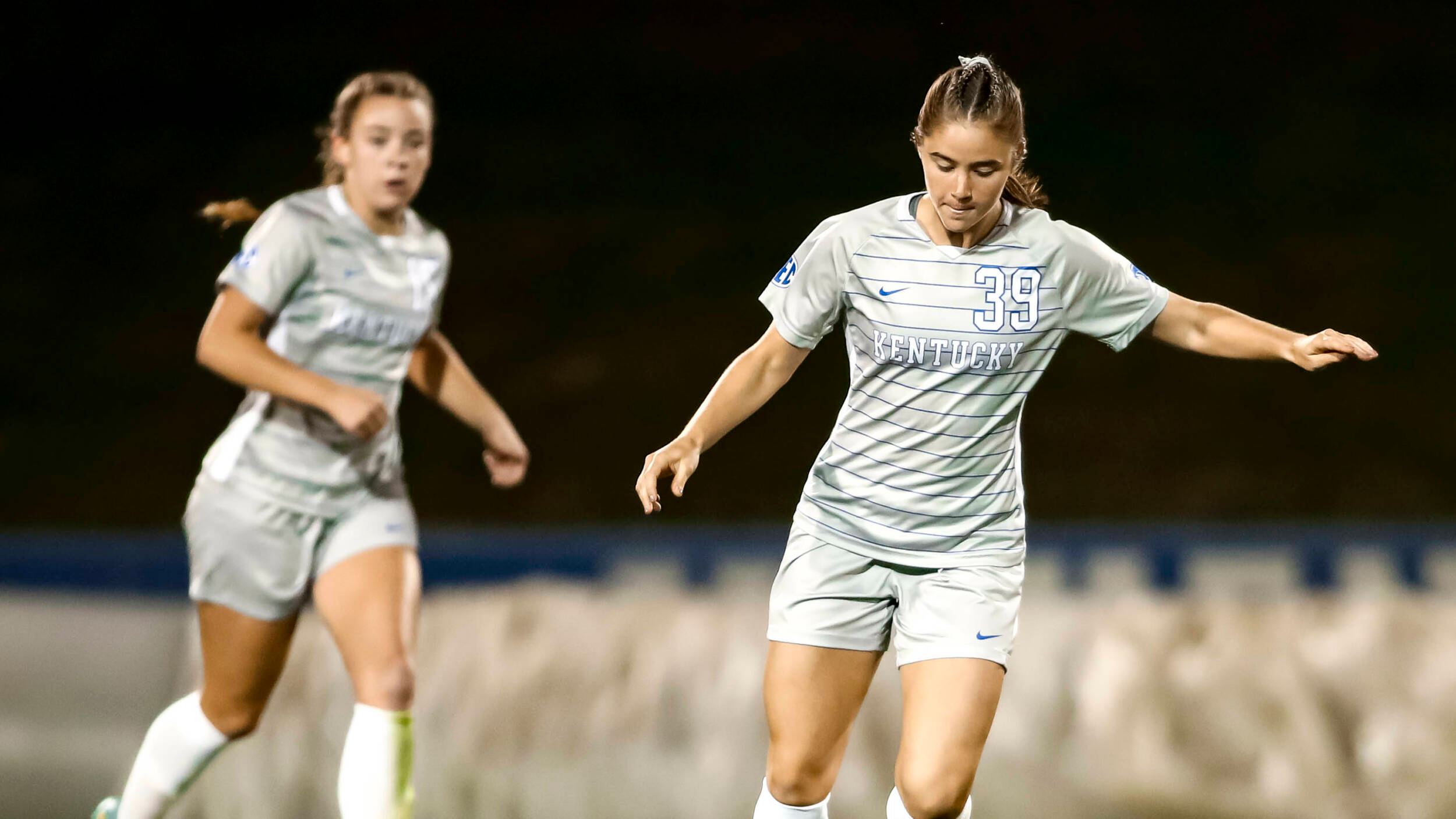 Kentucky to Play Florida on ESPNU

Mike Watts and Jill Loyden will call the action from the Wendell and Vickie Bell Soccer Complex as both sides look to earn their first three points in SEC play. Sunday marks the second of three matches this season for Kentucky on linear TV.

UK and UF each enter off one-goal defeats in their last matches. Kentucky was topped by South Carolina, 1-0, on the road, while Florida fell, 2-3, in Missouri.

The Wildcats duo of Hannah Richardson and Jordyn Rhodes has combined to score 10 goals this season while putting up 31 total points. The forward tandem has been statistically involved on 16 of the team’s 31 goals during the 2022 campaign.

Florida is winless in SEC play but has remained competitive, losing five of its six conference matches by just one goal. Tessa Barton and Julianne Leskauskas lead the Gators with five points apiece, while goalkeeper Alexa Goldberg ranks first in the SEC with a total of 50 saves. Florida’s 27 goals allowed are the most in the conference, while its 12 goals scored rank as the fewest in the league.

Sunday will serve as Junior Wildcat Club Day at the Wendell and Vickie Bell Soccer Complex with face-painting and inflatables on the premises. Admission is free to all fans. The Cats Holiday Toy Drive will also be ongoing at the event. Donations will be collected for families affected by the flooding in Eastern Kentucky.