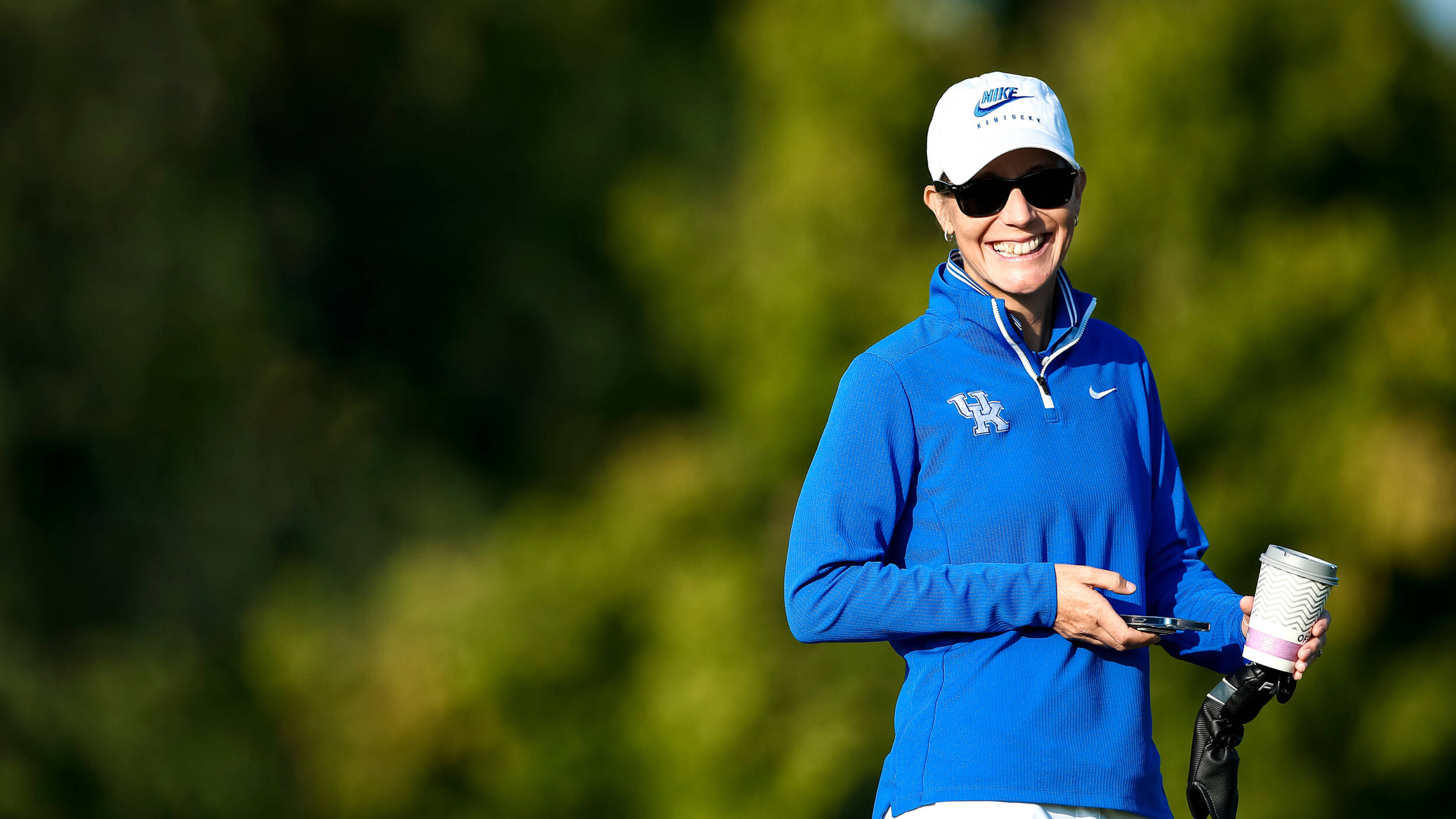 LEXINGTON, Ky. – University of Kentucky women’s golf head coach Golda Borst, who is in her 13th season at the helm of the program, has agreed to a contract extension, UK Director of Athletics Mitch Barnhart announced Thursday. Borst signed the contract extension on Sept. 28, and it will run through June 2026.

“We’re excited about Golda’s commitment to continue as head coach of our women’s golf team,” Barnhart said.  “As evidenced by our record-setting tournament championship this week, along with several NCAA Tournament appearances and additional milestones in recent years, Golda has our team on a positive trajectory, and we look forward to continued growth of the program under her leadership.”

The Wildcats are coming off their first tournament championship of the season, topping a 15-team field on a school-record, 34-under-par 830 at the Illini Women’s Invitational. In pursuit of that triumph, the Cats recorded three of the top-four team rounds in program history, including their school-record, 13-under-par 275 put together in the first round at Medinah Country Club.

“I am beyond thankful for Mitch and the University of Kentucky for their decision to extend my contract,” Borst said. “My family and I love Lexington and UK, and we are just so excited for the years ahead.  Our program has come a long way, and we will continue to pursue success at the highest level. I truly appreciate Mitch’s steadfast trust and belief in me to lead our program forward. I will continue to do my best so that we can compete for Championships and make Kentucky proud!”

Borst has taken the women’s golf program to new heights in her 12 seasons on the job. In addition to eight NCAA regional appearances and seven team championships, the team broke through with an NCAA Championship finals berth in 2021. It marked the program’s first since 1992.

Her teams have also claimed 25 of the top 25 lowest 18-hole rounds, which is highlighted by their school-record, 13-under-par 275 from this week at the Illini Women’s Invitational.

Moreover, all 25 of the top 25 marks for most single-season, par-or-better rounds took place with Borst at the helm. Frye just set the school record at the end of last season with an impressive 14 rounds of par-or-better, while she is already on track the break that record again this season.

Academically, the program has been just as good as the on-the-course performances. The Wildcats have racked up 29 Women’s Golf Coaches Association All-American Scholar Team honors, and the program consistently finishes among UK’s team grade-point average leaders, including a 3.598 GPA last semester in Spring 2022. UK has also earned four straight NCAA awards under Borst for finishing in the top 10% of all women’s golf teams in the Academic Progress Rate, which measures academic eligibility, retention and graduation (APR paused due to COVID-19).

The program is stronger than ever with Borst leading the way, and that was evident after its NCAA Championship finals appearance in 2021. With virtually the same team back from its record-setting 2019-20 group, the Wildcats navigated through a difficult schedule and placed fourth at the NCAA Columbus Regional to earn a spot in the national finals for the first time in 29 years. There, in Scottsdale, Arizona, Kentucky tied for 18th and recorded its best score in school history at the national championship. Individually, Laney Frye made the Southeastern Conference All-Freshman Team and Rikke Svejgård Nielsen won SEC Scholar-Athlete of the Year, Kentucky’s third all-time winner and the first since 2009.

The NCAA Championship Finals breakthrough was two years in the making. In 2019-20, with a mix of the strongest recruiting class in school history and a balance of talent and experience, the Wildcats won two tournaments in the fall and finished the season ranked No. 25 in the Golfstat rankings. UK was poised for a strong NCAA run but the postseason was canceled due to the COVID-19 pandemic.

The back-to-back championships in 2019-20 marked the first multi-win season since 1997-98 and were the first consecutive titles since 1990-91, when Kentucky would go on to win a school-record four tournaments. The 2019-20 group shattered the school scoring record by nearly seven strokes while freshman sensation Jensen Castle posted the best 18-hole scoring average in program history and became UK’s first All-SEC First Team pick since 1989.

Borst hit the ground running in her first year in 2010-11 and hasn’t looked back. In addition to lowering the program’s stroke record on a near annual basis, Kentucky has won seven team titles under Borst, claimed 11 individual tournament titles and posted 34 top-five team finishes, including five in 2021-22.

Kentucky nearly broke through with its first NCAA Championship finals appearance under Borst in 2014-15 when the Wildcats finished in seventh place at the 2015 NCAA South Bend Regional, one spot and four strokes behind the cut. Although the team just missed out its much-anticipated breakthrough, Isabelle Johansson earned a slice of history by becoming the first Wildcat qualifier for the national championships since 1998. Johansson would go on to tie the school’s 18-hole record low two seasons later with a 64 at the 2017 UCF Challenge.

Johansson included, Borst has coached and mentored a number of Kentucky women’s golf greats, including 2019 All-SEC Second Team pick Leonie Bettel. The transfer from NC State set a number of marks in her two seasons at UK — including the best 54-hole round in school history and the most rounds of par or better in a season with 14 in 2018-19 — but her crowning achievement was three individual titles in her senior season, just one shy of the school record.