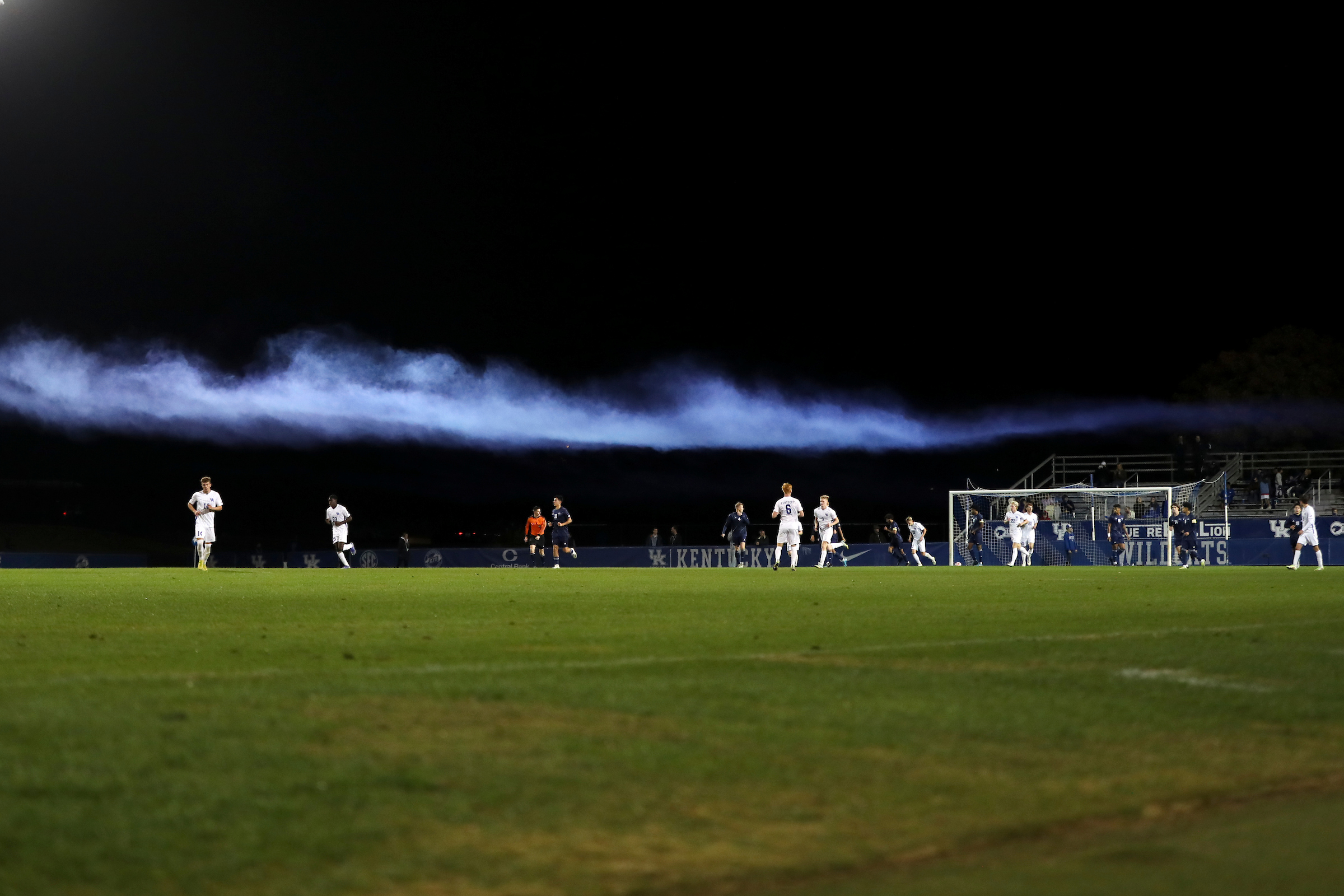 Wednesday’s thrilling matchup saw two of the six remaining unbeaten teams in Division I college soccer leave The Bell still undefeated. The Wildcats have begun the season on an 11-match unbeaten run, a year after starting the 2021 season with only wins and draws through the first 15 games.

Dayton scored within the first minute of the rain-delayed game, with Logan Brown scoring off a cross that the Wildcats failed to properly clear while the rain continued to pour.

The Flyers doubled their lead on 39 minutes when Basit Umar hit a brilliant strike from outside the box into the top left corner of the net.

But the Wildcats were undeterred and earned momentum to take into the locker room at the break with a 44th-minute goal. Clay Holstad won the ball in Dayton’s half, dribbled down the right flank. His cross found Luis Grassow in the box, where he laid the ball off for Mauriz who took one more touch before finishing in the bottom left with a right-footed shot.

Kentucky kept throwing numbers forward throughout the second half dominating the run of play and creating multiple great chances, many of which were met with brilliant saves by Dayton goalkeeper Dario Caetano.

But the Wildcats scored a lovely team goal to level proceedings with five minutes to play and maintain their unbeaten run through the first 11 matches of the year.

Brennan Creek and Nick Gutmann combined to finish a great move down the right with Max Miller finishing to equalize.

Kentucky and Dayton are now 2-1-2 all-time. Kentucky is unbeaten in the last two games against Dayton. UK defeated Flyers, 3-1 last season in Ohio.

The Wildcats will travel to Morgantown, W.Va. for its next Sun Belt Conference match on Saturday to take on West Virginia University at 7 pm ET.