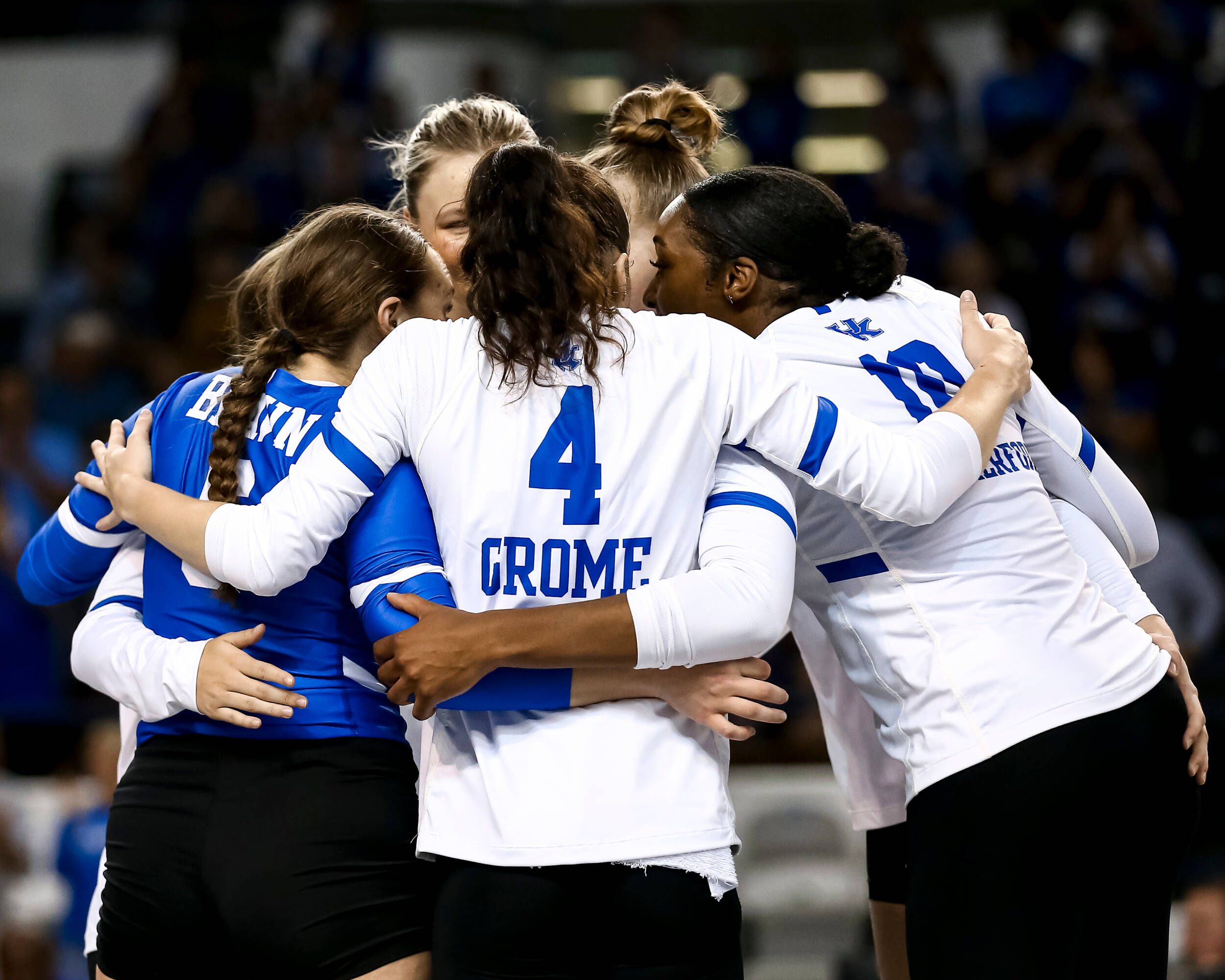 LEXINGTON, Ky. – Reagan Rutherford recorded 18 kills Sunday afternoon along with five digs and three blocks as the No. 15 Kentucky Volleyball team surged past LSU 3-0 (25-21, 32-30, 25-17) in three sets to close the books on the opening Southeastern Conference series of the season.

Kentucky hit .330 as a team Sunday with 18 kills from Rutherford and 13 terminations from Adanna Rollins to outhit the Tigers, and outkill LSU by seven. Elise Goetzinger had one of the best matches of her career Sunday afternoon recording nine kills on 14 swings with three blocks and a dig.

With Sunday’s result, Kentucky improves to 6-5 on the season and is back to .500 for SEC play with a 1-1 split with LSU this weekend. The Wildcats will travel to Columbia, Missouri on Wednesday night for a midweek affair with the Missouri Tigers. The match will begin at 7 p.m. ET and will be shown live on the SEC Network+, ESPN3 and the ESPN app. It will mark the SEC road opener for UK.

Emma Grome had 42 assists in the match Sunday along with four digs and a critical block in the third set to help turn the momentum into UK’s favor in the race to the finish. Led by libero Eleanor Beavin’s nine digs and DS Riah Walker’s seven digs, the Kentucky defense held LSU to a .274 hitting percentage for the match.

Kentucky came flying out of the gates, specifically from the service line with three aces inside the opening 15 points of the set to buffer a 9-6 lead. Eleanor Beavin had a pair of aces and Grome had one to force LSU into a timeout a handful of points later with UK leading, 11-6. An Adanna Rollins out-of-system kill increased the Kentucky lead to 14-7 followed by a rotation violation against LSU that made it Kentucky that got to 15 first in the opening set. Reagan Rutherford’s second kill of the match gave UK a seven-point lead at 17-10 and LSU called its final timeout. LSU closed the gap to 21-18 later in the set on a sustained run of Kentucky unforced passing errors before UK was able to right the ship on an overpass termination by Goetzinger to make it 22-18. Rutherford’s third kill of the set ended the opening frame with Kentucky taking it, 25-21. UK hit .316 in the frame with Rollins, Rutherford and Goetzinger all logging three kills each thanks to seven assists from Emma Grome.

LSU trickled out to an 8-4 lead in the beginning stages of the second set, but a Kentucky 5-0 run put UK on top for the first time in the set at 9-8 thanks to a great dig by Rutherford and smart termination into a vacant left back by Elise Goetzinger. Out of the media timeout at 15-12, LSU won two-straight points to make it 17-12 on UK miscommunications and Kentucky called its first timeout of the set trailing by five. Rutherford then recorded kills on back-to-back points to make it a two-point lead for LSU as the Tigers called their first timeout leading, 18-16 and UK on a 3-0 scoring run. Kentucky tied the set at 23-23 thanks to Rutherford’s ninth kill of the match and sixth kill of the set to make it all square and LSU burned its final timeout with UK on a 4-1 scoring run. The set went extra points with UK fending off one set point and LSU thwarting six UK set points off before an attack error at 31-30 by LSU ended the longest set of the season for Kentucky 32-30 in the Wildcats’ favor.

The first sizeable momentum of the third set came midway through the frame as Elise Goetzinger and Emma Grome had back-to-back blocks on the left pin to make it a 14-12 Kentucky lead and after the Wildcats went on a 3-0 scoring run to take the lead, LSU called its first timeout trailing by two for the first time since it was 2-1 in the set. Kentucky went on an 8-0 run to get set point and closed out the match with a 25-16 third-set win. 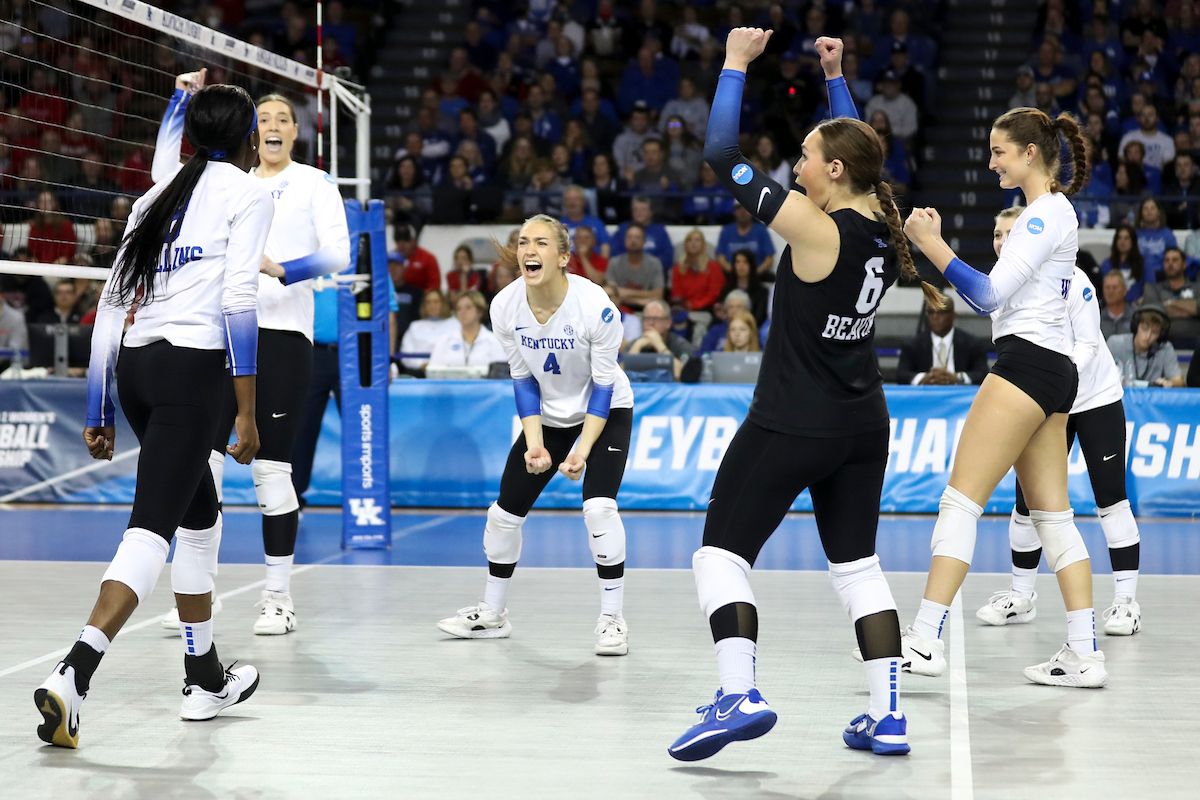 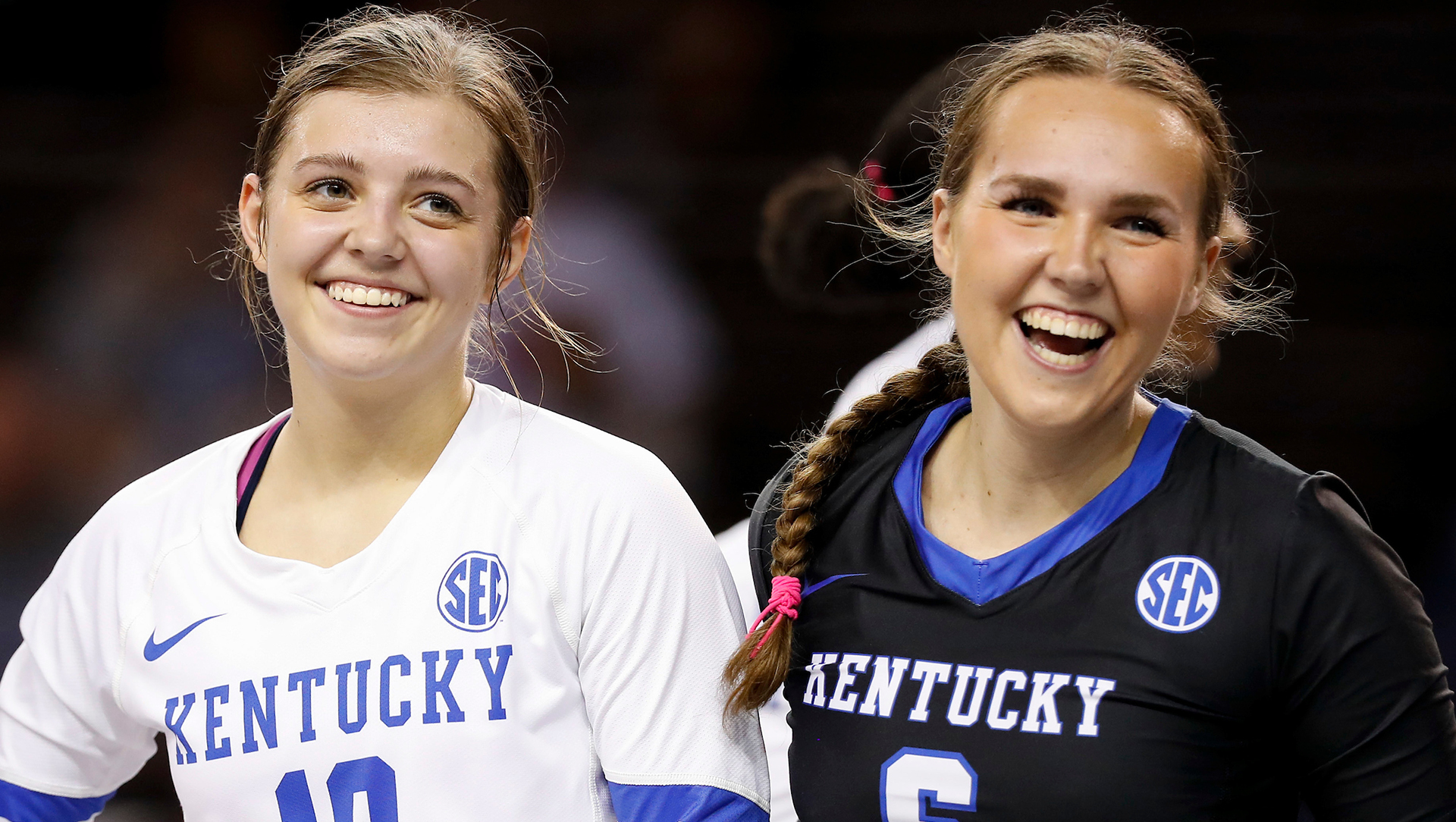