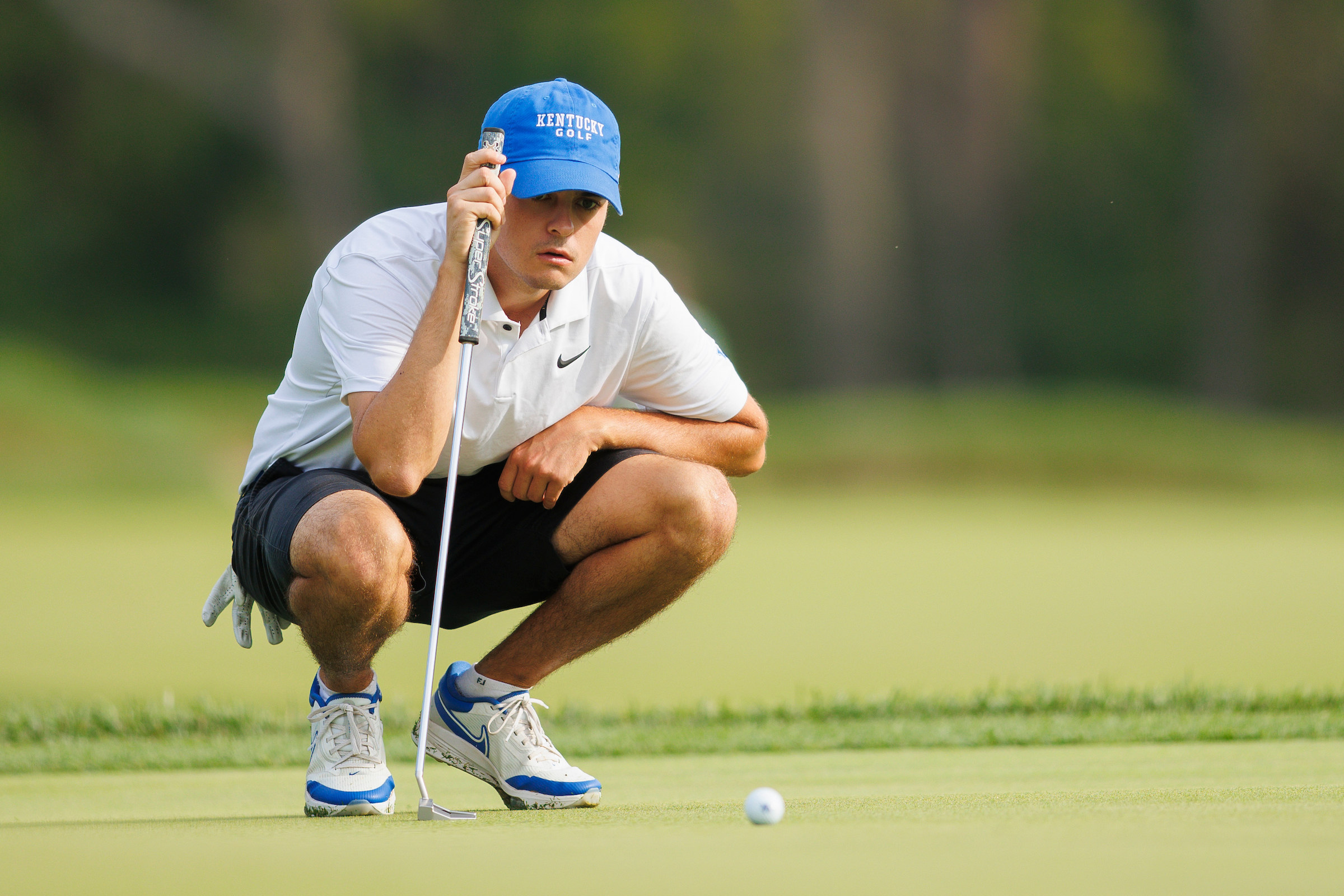 VESTAVIA HILLS, ALABAMA – Senior Alex Goff paced the Kentucky men’s golf team through the first 36 holes of the stroke play portion of SEC Match Play Sunday at Old Overton Club in Vestavia Hills, Alabama. With 18 holes of stroke play remaining Monday, the Wildcats sit in 14th place at 8-over-par as a team, while Goff is tied for 36th individually at even-par.

Kentucky tees off in the final round of stroke play starting at 9:30 a.m. ET Monday before match play takes place Tuesday. The top two team finishers from stroke play will square off in the final groupings of the day, while the other 12 teams will participate in East vs. West Match Play format.

Goff opened the day with a 3-over 73 on the par-70 track but bounced back with five birdies in the afternoon session on his way to a 3-under 67, his team-leading fifth round of par or better in eight competitive rounds to start the 2022-23 campaign. Junior Campbell Kremer and graduate Garrett Wood each opened the day with a 1-under 69 but Kremer posted a 2-over 72 in the afternoon to sit in a tie for 44th and Wood carded a 3-over 73 to tie for 51st through 36 holes.

Graduate Dhaivat Pandya posted scores of 74 and 72 Sunday, sitting in 66th at 6-over. Freshman Kevin Watts saw his first action in the lineup in his Wildcat career and is a shot back in a tie for 67th at 7-over.

As a team, Kentucky’s 118 pars are the second-most in the field through two rounds, while Pandya’s 26 pars are tied for the most individually.