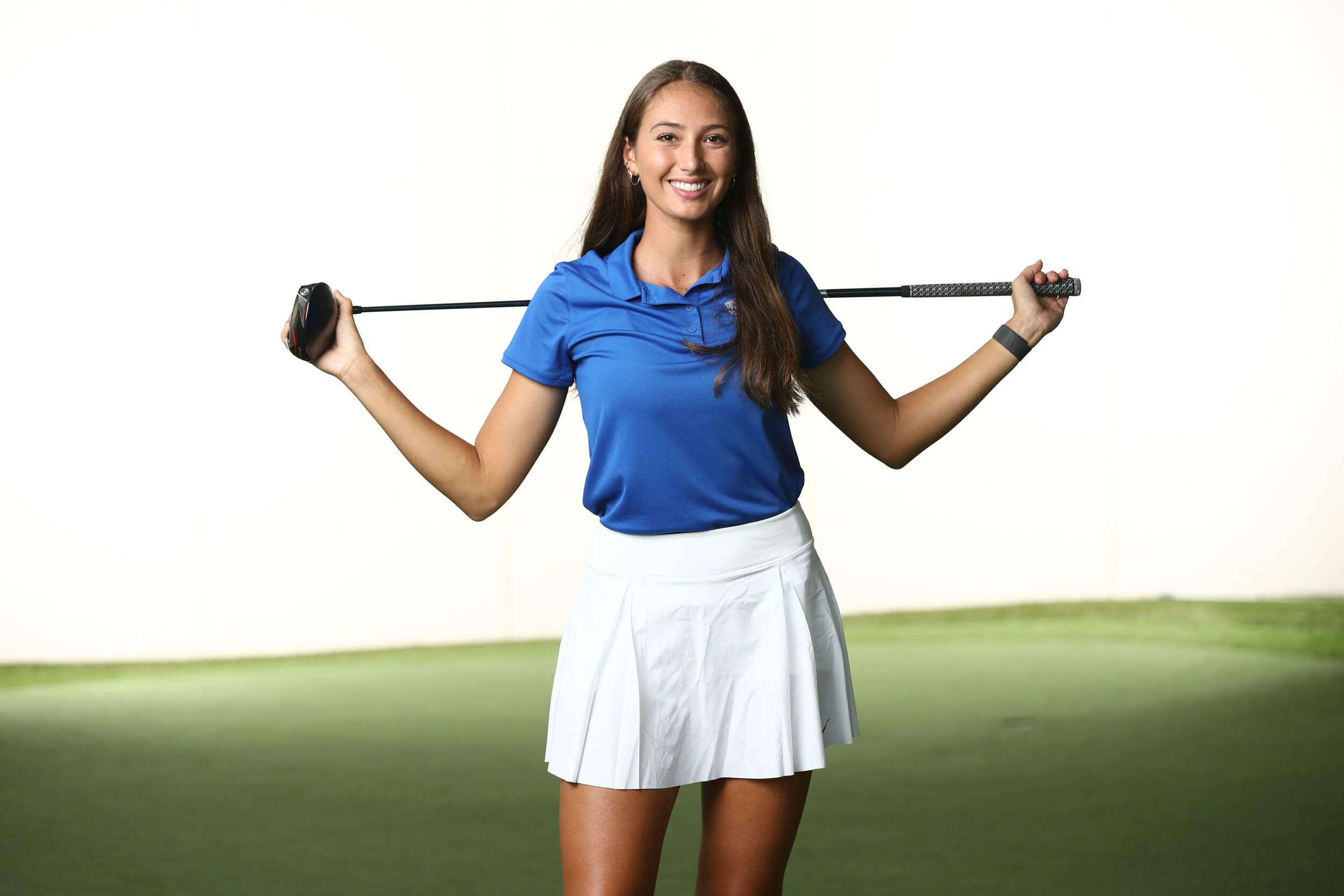 FRANKLIN, Tenn.  – The No. 24 University of Kentucky women’s golf team competed in the second round of the Mason Rudolph Championship Saturday, turning in a 7-over-par 295 as a team for an 8-over-par 584 tournament total through 36 holes. The Wildcats are currently in eighth place, with one round to go at the Vanderbilt Legends Course (par 72, 6,449 yards).

“Golf is a tough game and the course got the best of us today,” said head coach Golda Borst. “We are a better team than the scores we are posting right now. I may sound like a broken record, but it’s just a matter of time before our hard work starts to show. This group gives such a total effort in all that they do on the golf course, in the classroom and in the weight room. I believe in our team and we’ll continue to battle.”

Jensen Castle stood out for Kentucky, producing a round that was highlighted by back-to-back birdies on holes No. 9 and 10. The senior, who had a striking round in the first 18 holes after recording a 2-under-par 70, paired that with a 1-over-par 73 Saturday. She rallied a trio of birdies on the morning, including two on the back nine to remain under par for the tournament.

Castle leads the Wildcats with a 1-under-par 143 tournament total, good for a share of 16th place ahead of the final round. She is just one stroke in reach of the top 10.

Marissa Wenzler picked up where she left off after her first-round even par, making the turn still even par Saturday. She looked to put herself in a tough situation on the back nine with three bogeys between hole Nos. 10 through 15, however, similar to yesterday, the senior took full advantage of her remaining holes. She turned in back-to-back birdies on the final two holes, the par-4 No. 17 and the par-5 No. 18, to get out of the second round with 1-over-par 73.

Wenzler remains in the hunt for her first top-20 finish of the season, sitting at just 1-over-opar 145 for a share of 23rd place through two rounds at the Mason Rudolph Championship.

Laney Frye had an up-and-down second round on the north course Saturday, but despite her ability to find a rhythm she still found a couple of birdies, one on the front nine and one on the back nine. She escaped the second round at 4-over-par 76, earning a 3-over-par 147 to tie for 31st place through 36 holes.

Ivy Shepherd caught on to the eagle train Saturday, cranking out a three on the par-5, 477-yard No. 4. She became the second Wildcat to earn an eagle this weekend, joining Wenzler, while she is the third player to record an eagle this season.

The eagle helped equalize the pair of bogeys she recorded on the front nine, while a birdie on the par-4 No. 17 helped the graduate transfer finish the round just 1-over-par 73. Shepherd is 6-over-par 150 on the tournament, tied for 48th place.

María Villanueva Aperribay took a 4-over-par 76 into the clubhouse Saturday. The senior found some trouble on the par-5 No. 4, recording a double there. Despite the early blemish, she produced a strong outcome on the back nine, going 1-under between hole Nos. 10-17. Villanueva Aperribay owns an 8-over-par 152 tournament total, finding a share of 57th place ahead of the final round.

Competing as an individual, Marta López Echevarría recorded a first-round 73 and a second-round 77 for a 6-over-par 150 tournament total and a share of 48th place.

Live scoring for the final round will be available on Golfstat.com. 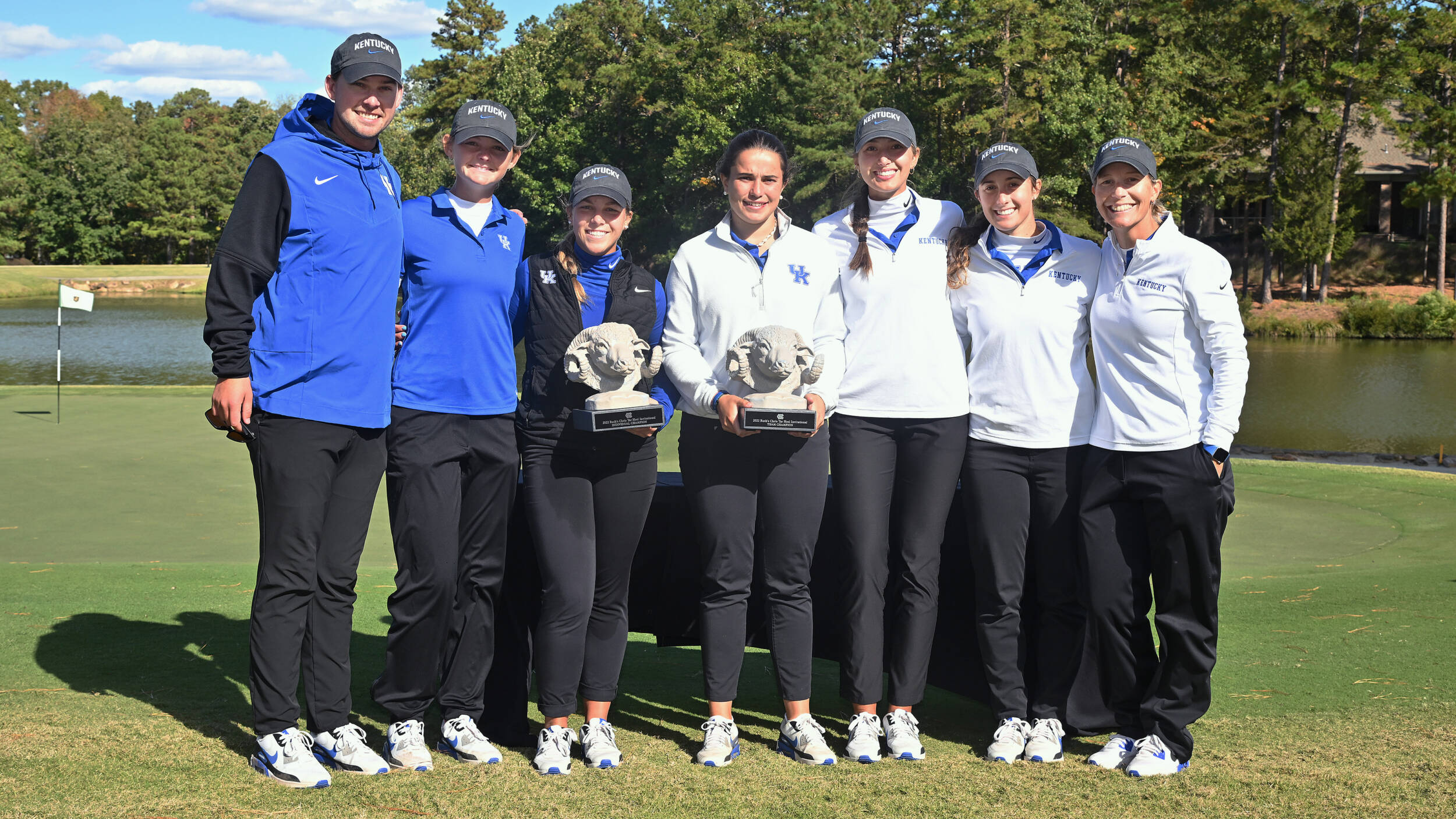