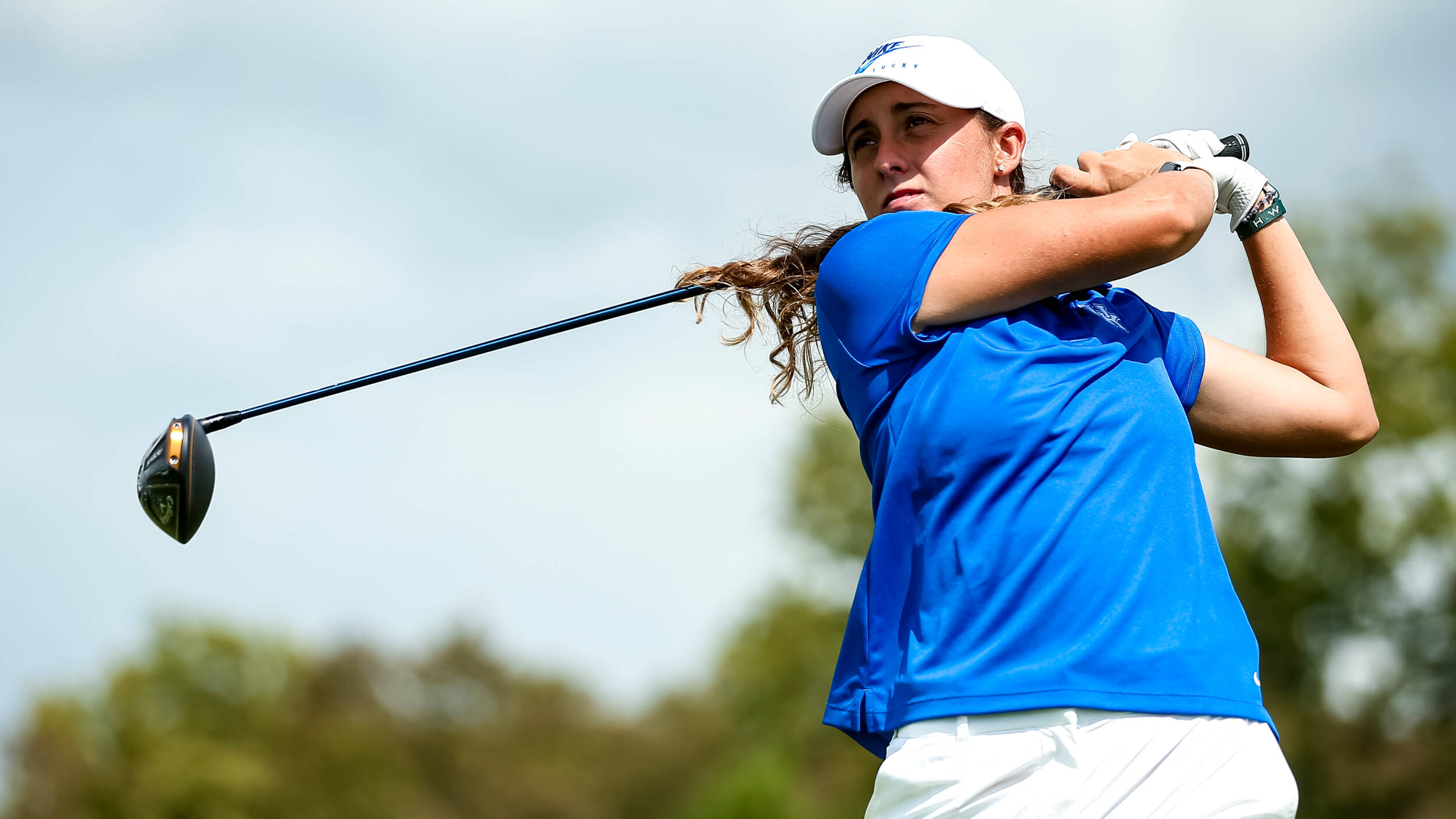 FRANKLIN, Tenn.  – Less than two weeks after beginning its new season, the No. 24 University of Kentucky women’s golf team is primed to resume its fall schedule at the Mason Rudolph Championship at Vanderbilt Legends Club (par 72, 6,424 yards) in Franklin, Tennessee, Sept. 23-25.

“It feels good to be back at the Mason Rudolph Championship,” said head coach Golda Borst. “We’ve had a busy week at home practicing and getting better, and our group is ready to get back on the course and compete this weekend. This is a track that we know well, and we’re looking forward to getting after it tomorrow.”

The tournament features 15 teams who will compete in a 54-hole, stroke-play format on the north course. The Wildcats are scheduled to start on hole No. 1 Friday, with tee times beginning at 9:30 a.m. ET.

Kentucky is paired with Auburn and Washington in the first round, while the rest of the field includes No. 17 Alabama, No. 22 Arizona, Chattanooga, Denver, No. 23 Georgia, Georgia Southern, No. 11 LSU, Middle Tennessee, Mississippi State, Ohio State and host Vanderbilt. Of the field, Kentucky has only met Georgia this season, when the Bulldogs finished in ninth place at the Cougar Classic (+4).

Laney Frye emerged from the lineup at that tournament, when she recorded a career-best, 6-under-par 207 (par 71) on three rounds of par-or-better, including a career-low tying 67 in the final round. She headlines the lineup at the Mason Rudolph Championship, followed by Jensen Castle, María Villanueva Aperribay, Ivy Shepherd and Marissa Wenzler.

Marta López Echevarría will compete as an individual in her first tournament of the season.

Kentucky is coming off a season opener at the Cougar Classic that, despite the team total, featured several solid individual performances that offer promise and excitement as the lineup begins its second tournament in 2022-23.

The Lexington, Kentucky, native, Frye, entered her junior season with renewed confidence, as she recorded scores of 69, 71 and 67 to finish in seventh place at the Cougar Classic. It marked her sixth top-10 finish of her career, as she kicks off a new season with a 69.0 stroke average. Frye fired off not one but two eagles in the 54-hole tournament, while she and Castle tied for the team lead in birdies with 10 apiece.

Frye leads the team with 17 straight rounds counted toward the team total and 30 career rounds of par-or-better.

Castle is poised to make a splash this weekend, too, as she returns to the site of her second-best tournament total in her career. Just a season ago, she reported scores of 66, 70 and 72 on the north course, turning in an 8-under-par 208 for a share of third place at the 2021 Mason Rudolph Championship at Vanderbilt Legends Club. The senior, who had so much success on the course just a season ago, will look to extend her streak of eight straight rounds contributed to the team total when she competes this weekend.

Villanueva Aperribay and Shepherd are both coming off 9-over-par 222 appearances in the season opener in early September, both contributing every round to the team total. Villanueva Aperribay, a senior, competed in every tournament last season, including the 2021 Mason Rudolph Championship, averaging a 74.2 stroke average and earning one top-20 finish in 2021-22. Shepherd, a graduate transfer from Clemson, had a striking career in Orange and Purple, combining for a 72.77 stroke average in her career, which featured 27 tournaments and 79 rounds of golf.

Wenzler got off to a strong start in the season opener a couple of weeks ago, opening up with a one-over-par 72. That came after impressing Borst in the preseason qualifying rounds to land the top spot in the lineup at the Cougar Classic. The senior will lean on her experience from competing in this tournament just a season ago, as she searches for her first top-20 finish of the season.

Live scoring for this weekend’s tournament will be available on Golfstat.com.