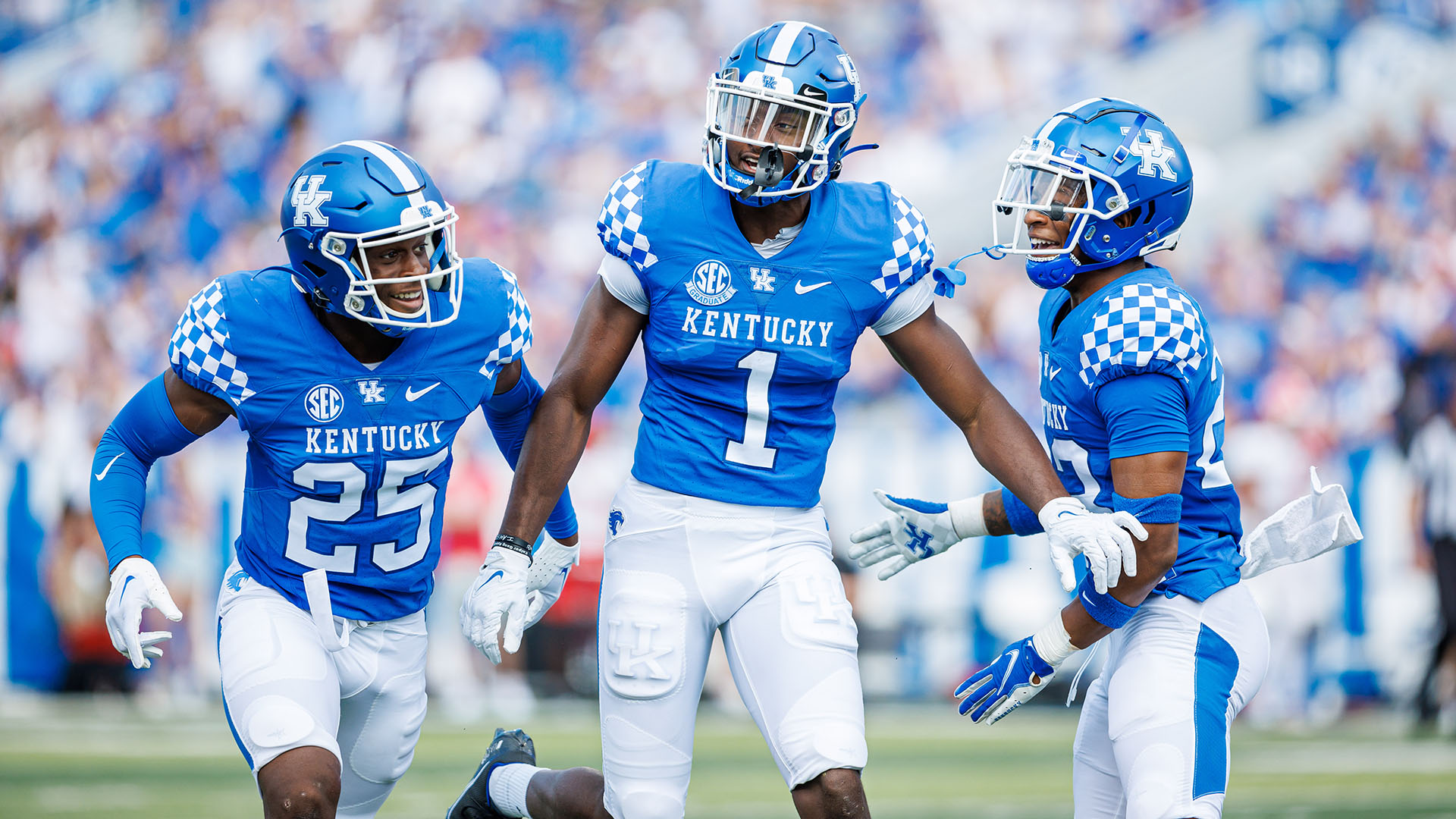 LEXINGTON, Ky. – The Kentucky defense pitched its first shutout in over 13 years as the Cats blanked Youngstown State 31-0 on Saturday at Kroger Field.

The UK defense held Youngstown State to just 192 yards of total offense (134 passing, 58 rushing). The Cats had six tackles for loss, including a pair of sacks. Freshman Alex Afari led UK with five tackles in the game. Jordan Wright had four tackles, including two for losses.

Quarterback Will Levis had another big day for the Cats. The senior completed 27 of 35 through the air for 377 yards and two touchdowns. He did throw two interceptions in the game but was able to connect with 11 different receivers.

Dane Key and Tayvion Robinson were Levis’ primary targets in Saturday’s win. Key, the Lexington native, caught six passes for 90 yards and a touchdown, his third in three games as a Cat. Robinson, the transfer from Virginia Tech, also caught six passes and had 66 yards receiving.

Kentucky took the opening kickoff and got the offense cranked up immediately. Levis and Key connected on the first play, gaining 23 yards. Levis would hit Kavosiey Smoke for a 14-yard completion. But YSU would sack Levis on third down and the Cats were forced to punt.

Youngstown State took over at its own 16 yard line but the Penguins could do nothing with the possession, punting it back to the Cats. The teams would trade punts on the next two possessions but Youngstown State’s punt was blocked by UK’s Martez Thrower and recovered by Izayah Cummings, who returned it to the YSU 27 yard line.

On the ensuing possession, the Cats appeared to be ready to score. But Levis was intercepted at the three yard line by Youngstown State’s Troy Jakubek, ending the threat and giving the ball back to the Penguins with 4:49 left in the first quarter.

YSU could do nothing with the possession and punted the ball back to the Cats, who got a good return by Tayvion Robinson and took over at the 35 yard line with 3:07 left in the first.

Kentucky would again drive deep into YSU territory. Levis connected with Robinson on a 15-yard gain, getting the Cats to the one yard line as time expired on the first quarter with the teams in a scoreless tie.

As the second quarter began, the Cats tried, unsuccessfully, to get in from the one on rushes by La’Vell Wright and Smoke. Then, on third down, Levis took the quarterback sneak up the middle for a UK touchdown. Matt Ruffolo added the point after and Kentucky led 7-0 with 13:34 left in the first half.

After another YSU punt, the Cats drove again, with Levis and Key connecting for a 29-yard gain early in the drive. Levis connected with Keaton Upshaw on a 12-yard completion and, later in the drive, he connected with Key again, this time on a three-yard touchdown. Ruffolo added the PAT and UK led 14-0 with 6:10 to play in the first half.

That particular punt was a short one, covering just 17 yards, giving the Cats the ball at their own 29 yard line with 1:54 to play in the half.

Kentucky would employ its two-minute offense and would get into the YSU red zone with under a minute to play. Then, on first and goal from the two yard line, Levis connected with Chris Lewis for a touchdown with just 20 seconds left in the half. It was the first career reception, and touchdown, for Lewis. Ruffolo would add the point after and UK led 21-0. That would be the halftime score.

YSU had the opening possession of the second half and the Penguins quickly got into UK territory. It looked like the Penguins would score on a touchdown reception by former Cat Bryce Oliver. However, UK’s Carrington Valentine broke up the fourth-down pass in the end zone, ending the Youngstown State drive.

On the ensuing possession, the Cats would ride the arm of Levis into YSU territory. Levis would connect with Barion Brown, Robinson and Dekel Crowdus, getting the Cats inside the 10. From the seven yard line, Smoke would rush to the left corner of the end zone for the touchdown. Ruffolo again added the PAT and the Cats led 28-0 with 8:36 left in the third quarter.

Youngstown State would appear to be ready to score on its next drive. Aided by a 64-yard completion from Demeatric Crenshaw to Jaleel McLaughlin, the Penguins got inside the UK five. But Crenshaw was intercepted by Valentine in the end zone, ending the threat.

Kentucky would lead 28-0 after three quarters.

In the fourth quarter, the biggest offensive play was a 58-yard completion from Levis to Demarcus Harris, which got the Cats inside the YSU five. The Cats would settle for a 23-yard field goal from Ruffolo, which would make the score 31-0 with 4:54 to play.

Kentucky returns to action next week, hosting Northern Illinois at Kroger Field. Kickoff is set for 7 p.m. ET and the game can be seen on ESPN2.