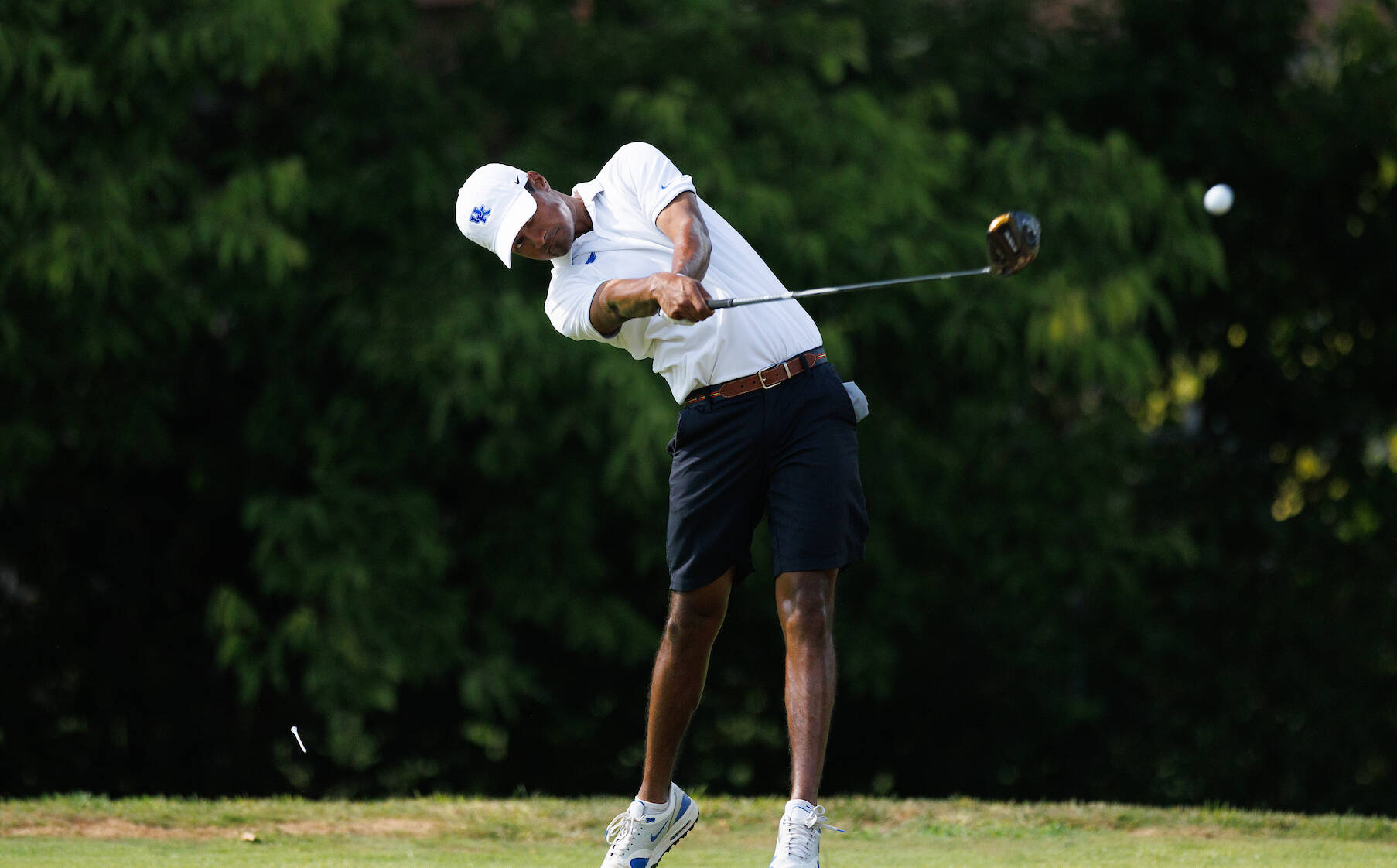 LEXINGTON, Ky. – The University of Kentucky men’s golf team continues its fall schedule at the Bearcat Invitational starting Monday in Cincinnati. The 54-hole event will be played over two days at Coldstream Country Club.

“It is great to have the Bearcat Invitational back for this fall,” UK head coach Brian Craig said. “They renovated Coldstream Country Club. The course is better than ever now and it was fabulous already. It is a championship test of golf and we are ready to take it on.”

The Wildcats opened their 2022-23 season with a fourth-place finish earlier this month at the Island Resort Intercollegiate at Sage Run Golf Club in Bark River, Michigan. After this week’s Bearcat Invitational, UK will travel to the SEC Match Play Championship Sept. 25-27 in Birmingham, Alabama, before wrapping up its fall slate at the Hamptons Intercollegiate Oct. 3-4 in East Hampton, New York.

Tournament History: This year marks the fifth time the Wildcats will participate in the Bearcat Invitational. Kentucky won the event in Sept. 2017 and have posted a top three finish three of the four times in which it participated.

The Course: Coldstream Country Club, modeled after the Village of Coldstream in Scotland, is a par-71, measuring 7,279 yards.

Last Time Out: The Cats finished fourth in the 13-team field at the Island Resort Intercollegiate Sept. 4-5 at Sage Run Golf Club in Bark River, Michigan. Garrett Wood tied for seventh in the 81-competitor field at 4-under-par while Dhaivat Pandya and Alex Goff tied for 16th at 1-over.

Goff’s two rounds under par lead the team while Kremer, Pandya and Wood each possess one round at par and another under par.