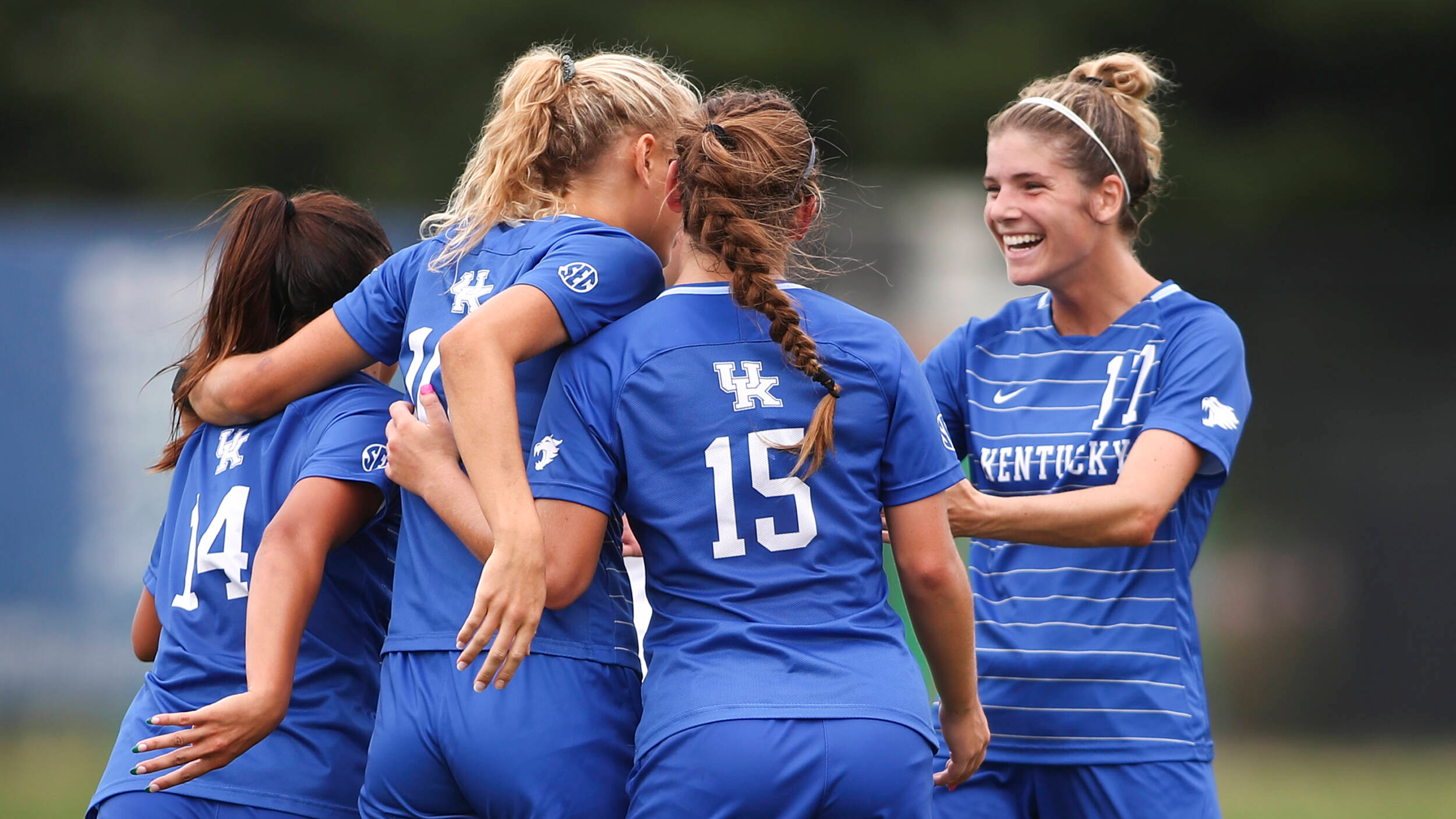 LEXINGTON, Ky. – Sunday brought plenty of reason to celebrate for Kentucky women’s soccer (7-1-0) as the Wildcats tallied a season-high five goals to knockoff the visiting Eastern Michigan Eagles (1-4-2), 5-1, on Senior Day at the Wendell and Vickie Bell Soccer Complex.

Three seniors (Jordyn Rhodes, Taylor Hattori and Hannah Richardson) picked up goals on a day which saw UK honor the 10 members of its class of 2022 during a pregame ceremony. Sophomore Emile Rhode enjoyed a breakout performance, scoring a pair of goals for the first multi-goal game of her collegiate career.

With the victory, the Cats finish non-conference play with seven wins for the first time since 2015. Kentucky has now scored 26 total goals this season and has registered three or more goals in six of its eight matches.

The Wildcats seized the lead in the 27th minute when forwards Richardson and Rhodes combined on a nifty sequence to make the score, 1-0. Richardson beat her marker on the left flank and slid a pass over to Rhodes for a left-footed one-timer that found the top shelf. The goal was Rhodes’ team-leading fifth of the season and gave Richardson her seventh assist this year.

Despite 13 first half shots and four corners, UK settled for a one-goal lead after 45 minutes of play.

Kentucky promptly widened the margin less than three minutes into the second half when the graduate transfer Hattori made it 2-0, blasting a shot past the keeper from inside the six-yard box.

Later, in the 62nd minute, Richardson would become the third senior on the day to score, racing past the defense on the right wing before cutting toward the middle and finishing with a shot into the left side of the goal.

Less than four minutes later, sophomore Emilie Rhode brought the score to 4-0 with a right-footed strike from the top of the box after receiving a pass from Rhodes.

Eastern Michigan got on the board with a goal from freshman forward, Lily Spotak in the 71st minute, but Rhode quickly regained the four-goal lead for Kentucky with a well-struck header off a cross from Hadley Williams.

The final 18 minutes passed without any further change to the score line, securing the 5-1 win for the home team.

UK took a season-high 28 shots in the match, while holding Eastern Michigan to six attempts. Richardson and Rhodes combined for nine total shots between them, four of which were on target. In all, 14 Wildcats attempted a shot and nine players put a shot on net, both high marks for this season. A total of 27 student-athletes saw action for Kentucky.

Goalkeeper Tallulah Miller totaled two saves on the day, while senior Steph Stull played the final 9:13 of the game as keeper.

The Wildcats return to the Wendell and Vickie Bell Soccer Complex, Friday, Sept. 16 for the team’s SEC opener against Ole Miss. The match will begin at 5 p.m. and can be seen on SECN+.