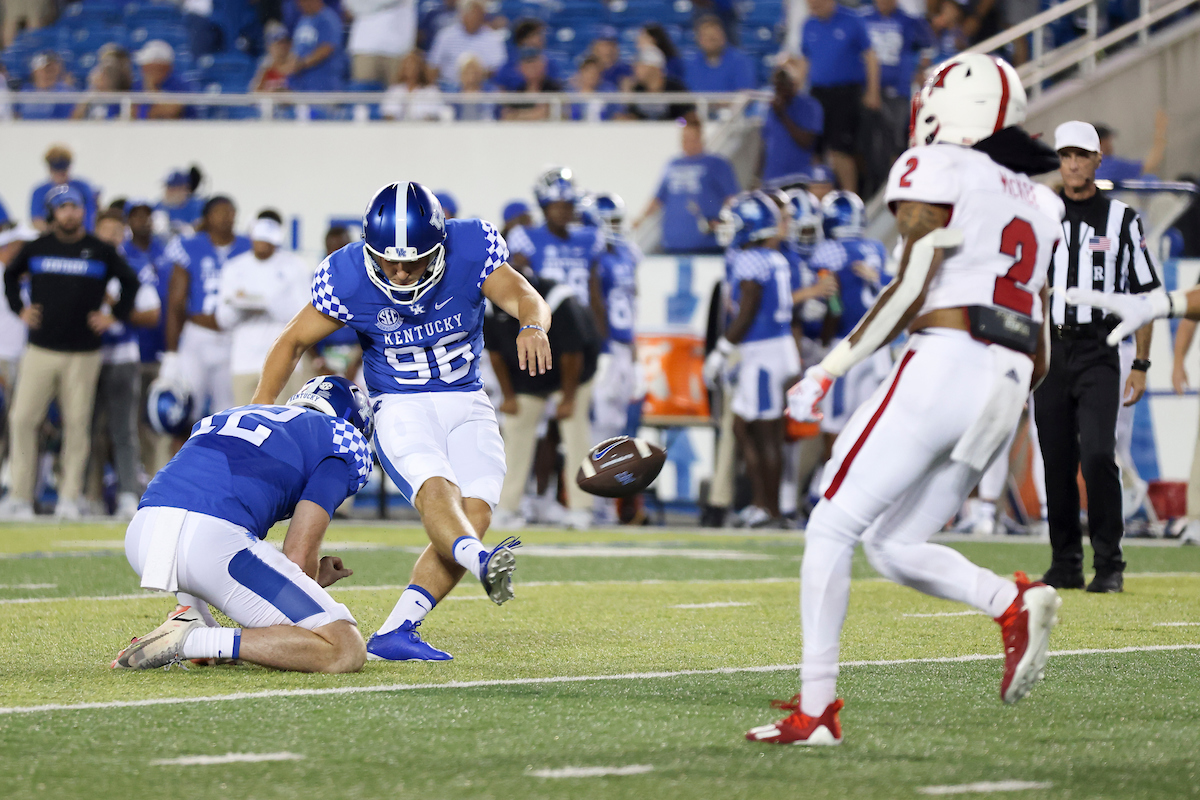 Kentucky kicker Matt Ruffolo was named one of the Lou Groza Award Stars of the Week for his performance in the season opener, it was announced Wednesday by the Palm Beach County Sports Commission presented by the Orange Bowl.

Ruffolo continues to move up multiple charts at UK, including ascending to ninth on the school’s career scoring list with 185 points. He is second on the career field goal percentage at .829, trailing only Joe Mansour (.857).

Saturday against Miami (Ohio), he banged home a pair of short field goals, including a 25-yarder on the final play of the first half that put the Wildcats in the lead for good, then tied his career long with a 50-yarder in the third quarter. He now has made eight straight field goal attempts dating to last season with the school record of 11 in his sights.

The award is named for National Football League Hall of Fame kicker Lou “The Toe” Groza, who played 21 seasons with the Cleveland Browns. Groza won four NFL championships with Cleveland and was named NFL Player of the Year in 1954. Although an All-Pro offensive lineman as well, Groza ushered in the notion that there should be a place on an NFL roster for a kicker.

Kentucky opens Southeastern Conference play Saturday, Sept. 10 when it travels to the Swamp to face Florida. Game time is 7 p.m. ET and will be televised on ESPN.