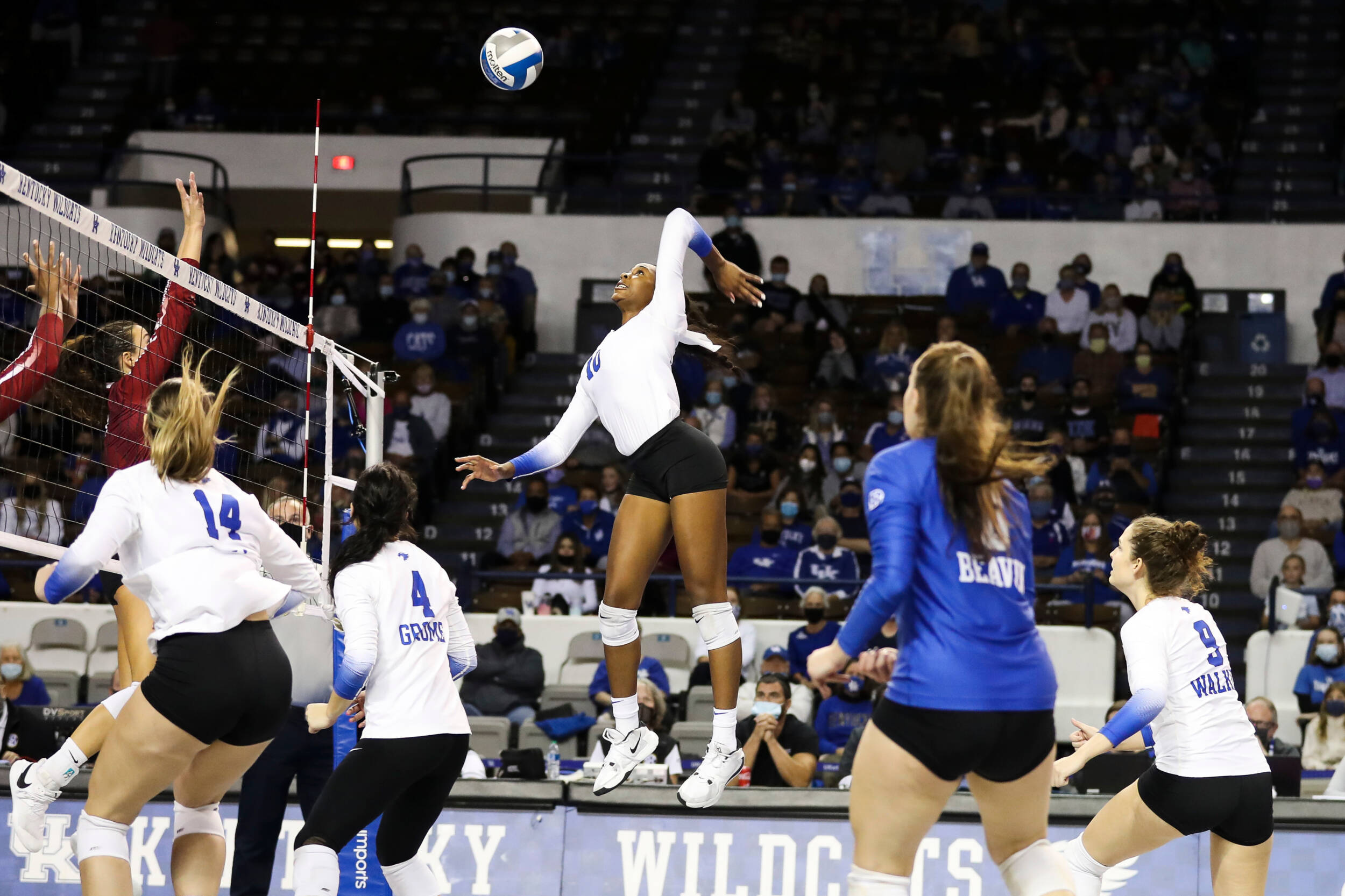 Rutherford Wins SEC Player of the Week, Two Others Honored

The honor for Rutherford is the first SEC weekly honor of her career after averaging 5.00 kills per set as Kentucky ran the table to win the 2022 Hilton Omaha Bluejay Invitational hosted by Creighton University. Rutherford logged a career-high 25 kills in UK’s 3-1 win over Creighton on Saturday morning and hit .473 for the weekend with 11, 25 and 14 kills in the three matches.

Eleanor Beavin was named to the Bluejay Invitational All-Tournament Team with 4.90 digs per set, including a season-high 19 in UK’s win over Creighton. Beavin was the key cog in Kentucky’s defense holding its opponents to just .176 hitting on the weekend with 49 total digs in the three matches.

Emma Grome picked up her sixth weekly award from the SEC office in her career Monday afternoon as she was crowned the SEC Setter of the Week. The Loveland, Ohio native powered the UK offense to .418 hitting on the weekend with 11.90 assists per set. Grome also had eight kills on 10 offensive swings, four service aces and 2.50 digs per set.

Kentucky next plays Friday at 6 p.m. ET against No. 6 Wisconsin inside Memorial Coliseum on ESPNU. Fans should note the time change for the match, as it’s been moved up an hour to 6 p.m. ET so that ESPNU can televise the match on national TV. Fans with pre-purchased tickets do not need to do anything with their tickets, as they are all still valid for the match.

The first serve of Campbell vs. Indiana State has been moved up to 3 p.m. ET to accommodate the television schedule on Friday afternoon, Sept. 9.