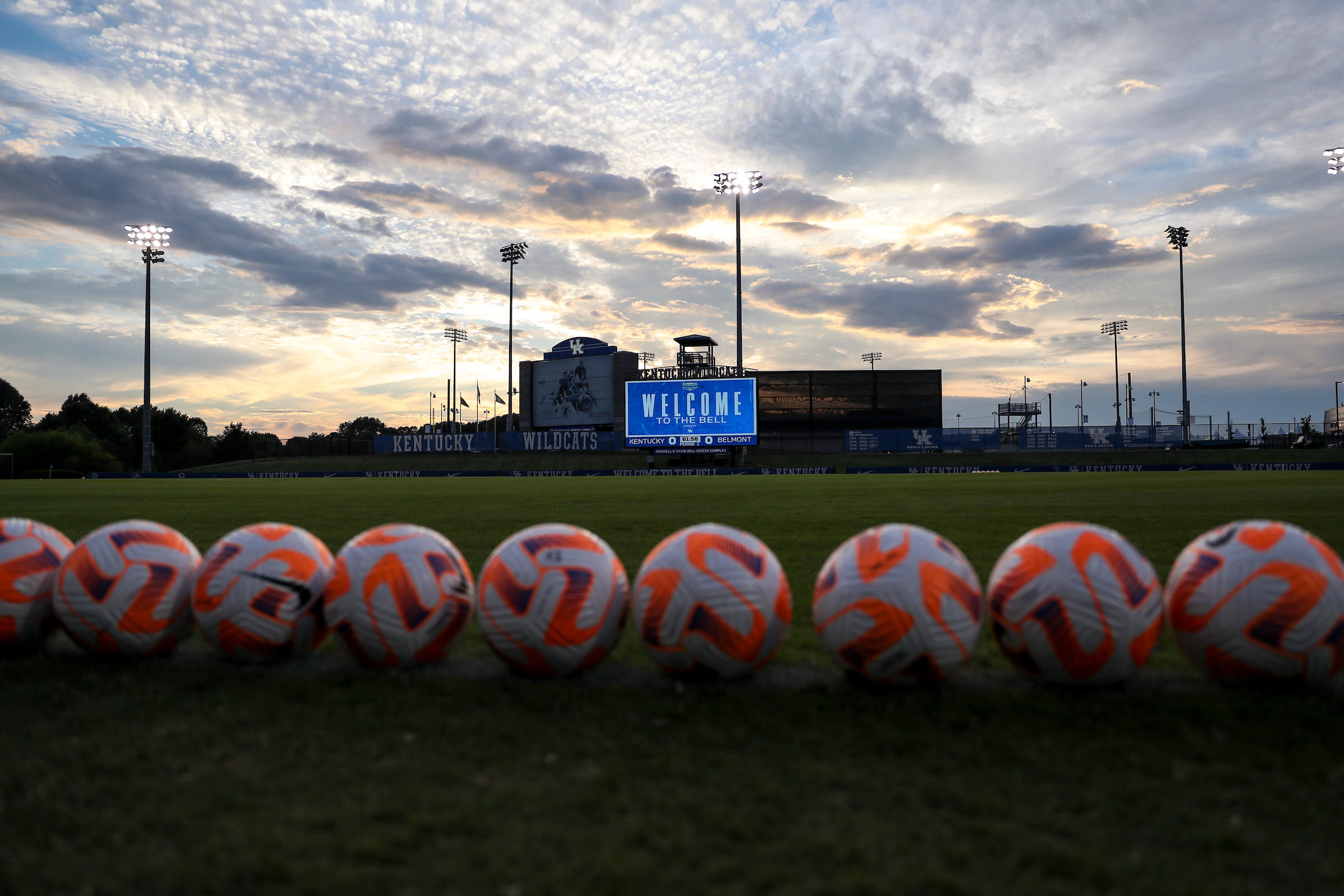 LEXINGTON, Ky. – The No. 6 nationally-ranked Kentucky men’s soccer team (3-0-0) will host in-state rival Louisville (3-0-0) at The Wendell & Vickie Bell Soccer Complex on Tuesday for a 7:30 p.m. ET Battle of the Bluegrass.

The annual post-Labor Day matchup will be the 28th head-to-head meeting of the two programs. The Wildcats hold a 14-8-5 all-series record with the Cardinals. Kentucky looks to extend off last season’s success in Lexington, where UK won 3-0 against the Cardinals to make it two in a row for the Blue and White.

UK is coming off a successful two-match week with a 1-0 win over Seattle and a 3-0 triumph over Belmont last Friday evening. The Cats have started the 2022 season with six different goal scorers, three shutouts and a 3-0-0 record.

In last Monday’s match against Seattle, Kentucky recorded 24 total shots with seven on goal. The lone goal by fifth-year senior Danny Evans was all it took to seal the deal in the win column to start the week for UK.

Ending the week with another victory, Kentucky saw a trifecta of goal scorers. With a minute to play in the first half, senior Nick Gutmann lofted a cross from just outside the box onto Brennan Creek’s head who redirected the ball toward Ben Damage, allowing the junior to finish his first goal of the season. The Kentucky attack created more chances in the second half, eventually scoring twice in rapid succession to take command of the match.

A 62nd-minute a cross from Robert Screen found Casper Grening, who settled and quickly fired a bouncing shot into the bottom left corner to make it 2-0. The Wildcats backed up that goal with another less than a minute later as Creek drew a penalty in the box, and Screen buried the PK to put UK up, 3-0.

Big Blue Nation will be able to spend its Tuesday night at The Bell waving specialty rally towels which will be handed out upon arrival to match patrons. Admission to The Bell is free of charge and parking will be first-come, first-served. A large crowd is expected, so fans are asked to arrive early to ensure a smooth entrance into the stadium. Berm seating, as always, will be available Tuesday night.

Live stats will be available for the Kentucky vs. Louisville match by clicking here. Fans can also stream the Battle of the Bluegrass on ESPN+.