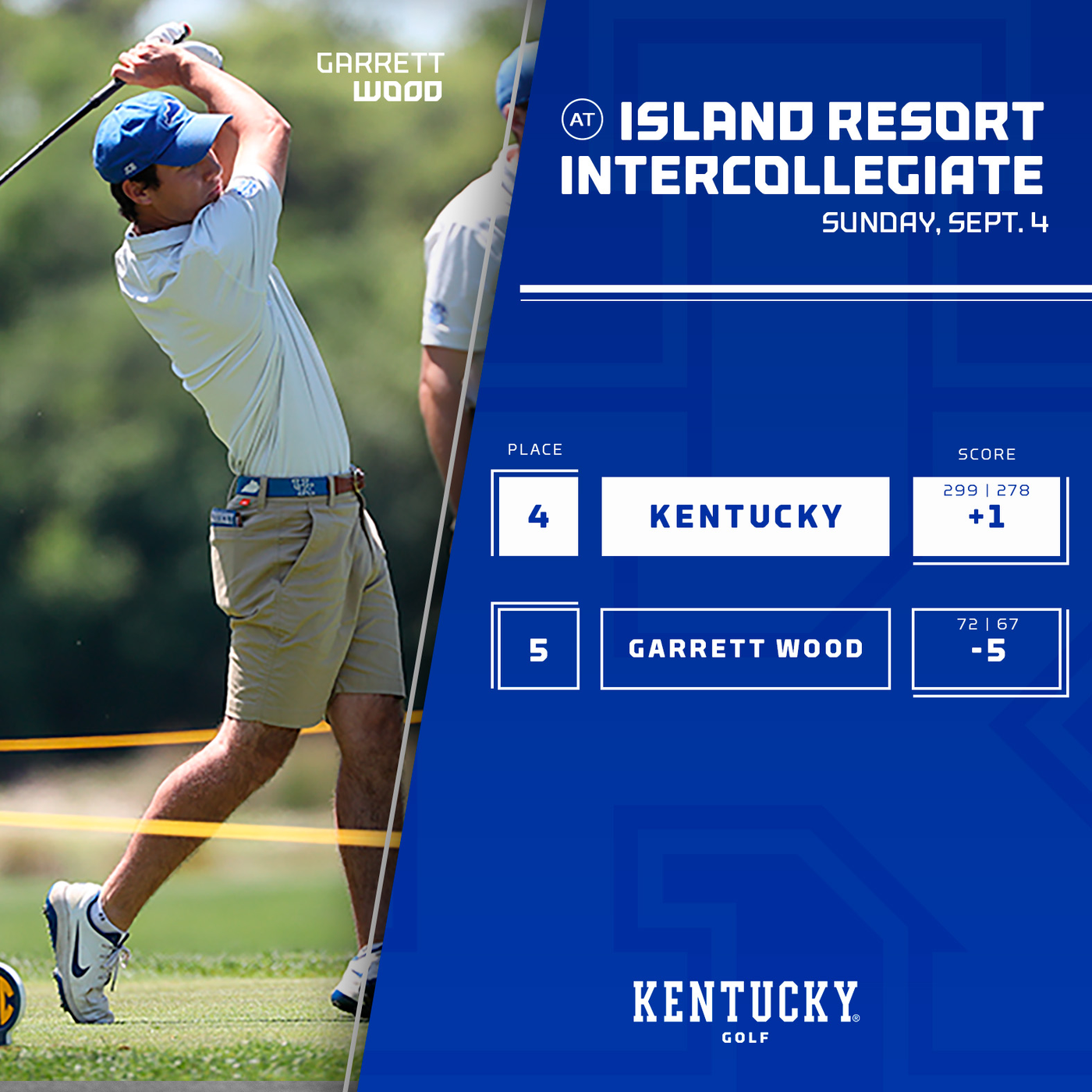 BARK RIVER, Mich. – The Kentucky men’s golf team used a strong second round to climb to fourth place after the opening day of the Island Resort Intercollegiate Sunday at Sage Run Golf Club. After an opening-round 11-over-par 299 in the morning, the Wildcats’ 10-under 278 in the second round was the best score of the afternoon by four strokes.

With one round to play Monday, Toledo leads the 13-team field at 9-under, followed by Illinois State at 4-under, Michigan at 3-under and the Wildcats at 1-over. Play resumes on Monday for the final 18 holes. Live stats are available via golfstat.com.

Pandya paced the Wildcats in the opening round, tallying three birdies and an eagle on the par-5 ninth on his way to a 1-under-par 71. Wood notched four opening-round birdies to post a an even-par 72 while Campbell Kramer, Andrew Clark and Goff rounded out the lineup, each recording a 6-over 78.

Five Wildcats participated as individuals, paced by Watts, who totaled four birdies on the front nine, his second nine of the day, en route to a 1-over-par 73 in his first collegiate round.

Wood then paced the Wildcats in the second round, carding a 5-under 67. Goff bounced back with three birdies on each side, posting a 3-under-par 69, while Clark and Kramer each tallied a 1-under 71.

As a team, the Wildcats tallied the most birdies in the field with 40 while sitting second in par-5 scoring at 12-under.