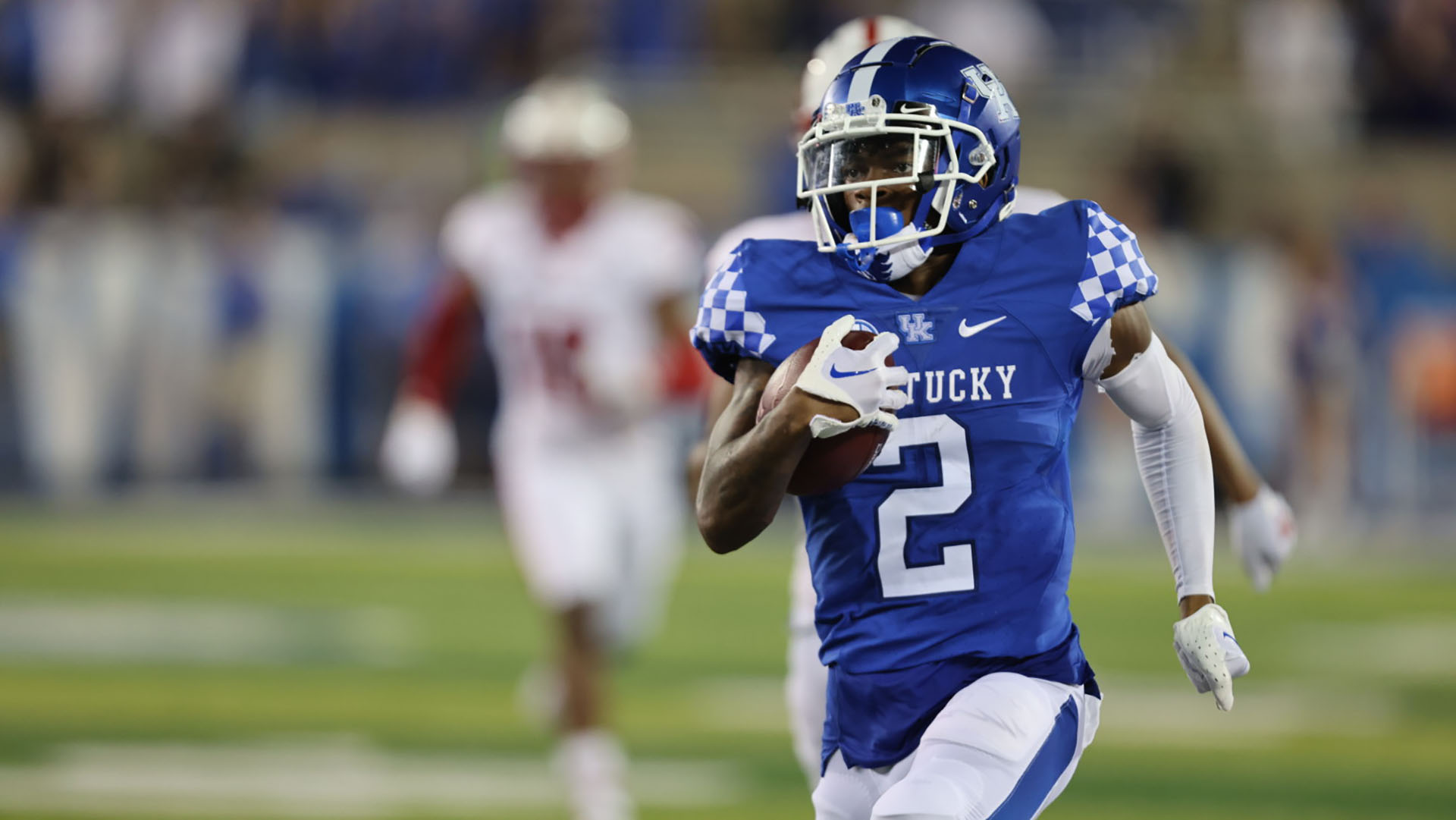 The first half of the 2022 season was not the most memorable 30 minutes of the Mark Stoops Era at Kentucky. The Cats were favored to open the season with a win over Miami (Ohio) but the first half was tight throughout. The Cats got a Matt Ruffolo field goal on the final play of the half to take a 13-10 advantage into the second half.

And that’s when lightning, in the form of true freshman Barion Brown, struck for the Cats. Brown caught the second half kickoff at the goal line, veered left, then broke loose down the left sideline. The Nashville native turned on the jets and outran everyone to the end zone for his first collegiate touchdown.

Not only did the score give the Cats a double-digit lead, it also re-energized the Kroger Field crowd. However, it was almost wiped away via review because, as he crossed the goal line, Brown dropped the ball in apparent celebration. However, upon review, he had possession long enough for the touchdown. Still, the play made UK head coach Mark Stoops worry just a little.

“Well, I was a little nervous,” Stoops said. “I mean, obviously, I was concerned. Because we needed that big play. And you hate to see that happen and get wiped away.”

But it wasn’t wiped away and the huge play gave UK a big lead and all of the momentum. Brown was excited to spark his team.

“It felt great, knowing that I made a big play to spark the offense,” Brown said. “And it picked up the defense, doing what they did. It felt great.”

And Brown’s heroic effort may have played a big factor in what happened next.

On Miami’s ensuing possession, the RedHawks’ Jaylon Bestor was hit by UK’s Tyrell Ajian, who forced a fumble that Kentucky’s Keidron Smith scooped up and took inside the Miami ten. Just two plays later, UK quarterback Will Levis found Chauncey Magwood in the end zone, giving UK a 27-10 lead. The Cats scored 14 points in 62 seconds to break open what was a tight game for the first 30 minutes.

“I returned a lot my sophomore year (of high school),” Brown said. “But it stopped my junior and senior year because they stopped kicking me the ball.”

Brown was aware that no Kentucky player had returned a kickoff for a touchdown under Stoops.

“We were talking about that earlier this week,” Brown said. “My receivers coach (Scott Woodward) and I just laughed.”

Brown wasn’t done after his big play. Later in the second half, he caught a 38-yard strike from quarterback Will Levis to set up Kentucky’s final score.

“I just got the ball and I saw the end zone and somebody came behind me,” Brown said. “If it wasn’t for that, I would have been in the end zone again.”