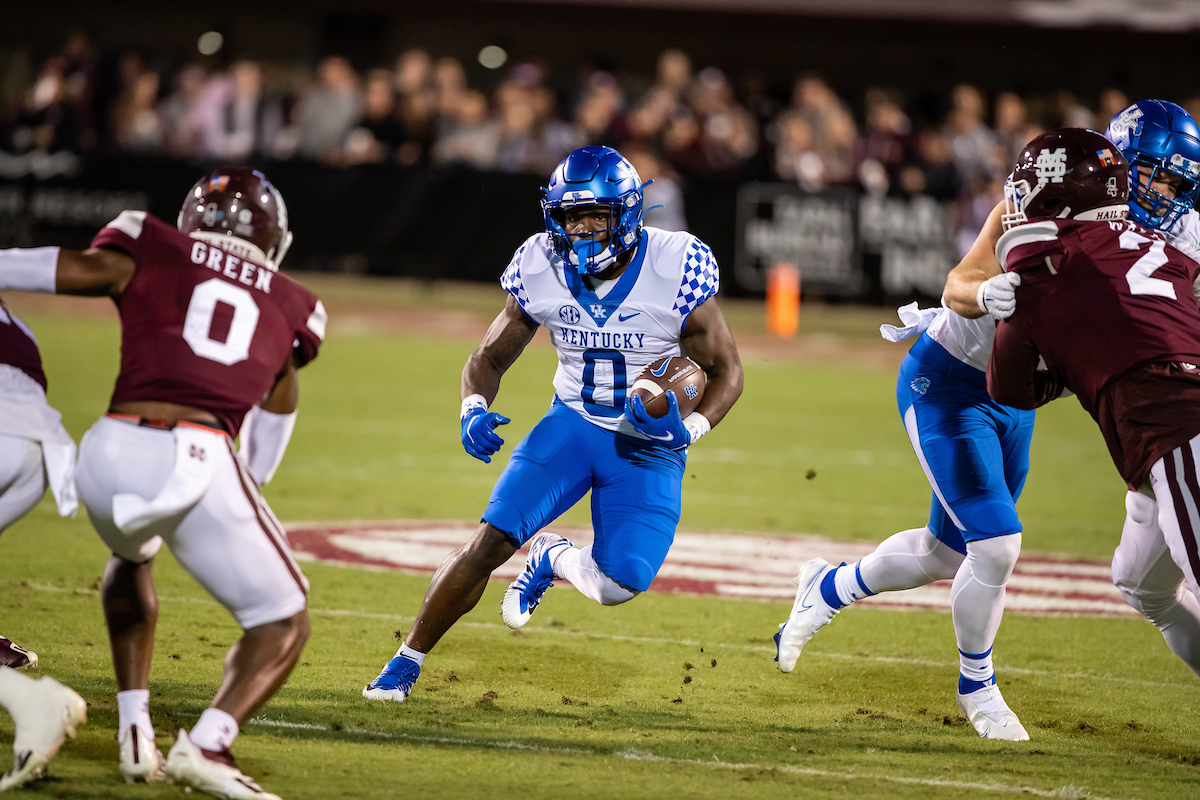 No. 20/21 Kentucky opens one of the most anticipated seasons in school history with an emerging offense and defense and two 10-win campaigns in the past four seasons. The 2022 opener will be the first time since 2016 that the season opener has been played under the lights.

Coach Mark Stoops is on the doorstep of becoming the winningest coach in program history as he looks to continue the Wildcats’ ascension. He’ll bank on quarterback Will Levis fulfilling the lofty praise he has received and experienced defenders DeAndre Square, J.J. Weaver, Jordan Wright and Jacquez Jones.

Also in the spotlight is running back Chris Rodriguez Jr., who with a big season could surpass Benny Snell Jr. as the program’s all-time leading rusher.

Over the past couple of recruiting cycles, the Kentucky football staff, led by head coach Mark Stoops and recruiting ace Vince Marrow, have brought in a couple of the best classes in UK history. Now, the fruits of that recruiting labor are starting to pay off.

When Kentucky released its first depth chart of the 2022 season on Monday, there seven true freshmen on the two-deep, and eight redshirt freshman. Five freshmen are slated to start in Saturday’s season opener against Miami (Ohio).

On offense, two of Kentucky’s three starting receivers will be true freshmen. Barion Brown will be at one receiver spot, while Lexington’s own Dane Key will be at another.

• Kentucky has 21 players on its 2022 roster from the state of Ohio, while Miami has six players from the Commonwealth on its roster, including one from Lexington in DB Mason Moore (Lexington/Lexington Christian). Moore is the son of former Wildcat great Marty Moore (1990- 93). Moore totaled 462 tackles as a linebacker at UK and was the final pick in the 1994 NFL Draft making him “Mr. Irrelevant” as the last pick selected. He went on to play eight eight seasons in the league, seven for the New England Patriots.
• The others are: DB Eli Blakely (Louisville/DuPont Manual), QB Joseph Humphries (Owensboro/Daviess County), , OL Sam Vaughan (Versailles/Lexington Catholic), OL Ben Jackson (Winchester/ George Rogers Clark) and TE Jack Coldirion (Florence/Covington Catholic).

59
Wins by UK head coach Mark Stoops, one short of the record of 60 held by the legendary Paul “Bear” Bryant

41
Wins at home by Stoops, a school record

86
Tackles by Jacquez Jones last season, the most among UK returners